27 Dec The Value of time

The Value of Time

The celebration of the 230th anniversary of Jerónimo Martins brought together two noble arts: music and cuisine. In September 2022, guests were welcomed in Lisbon to the taste of Gioachino Rossini’s first opera and a menu orchestrated by Chef Gonçalo Costa. 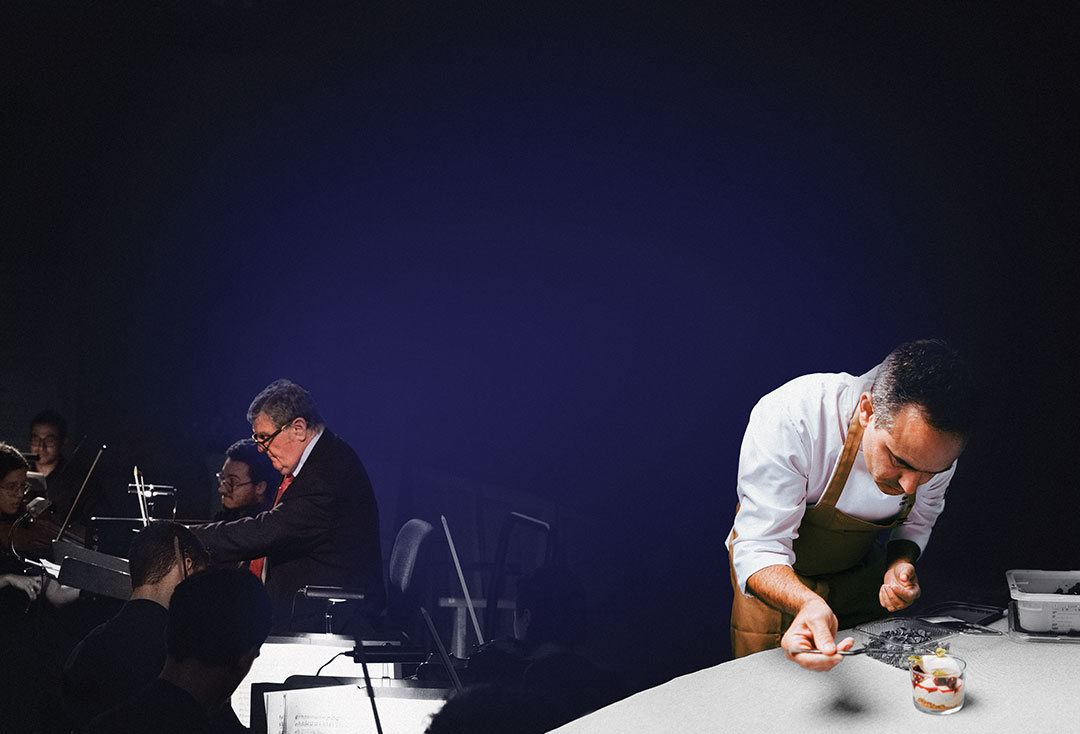 Gioachino Rossini is particularly well-known for his music compositions. But apart from his 39 operas, he was also a renowned gourmand. What could be better than finding inspiration in his recipes for a meal to accompany one of his operas? The starting point was 1792, the year Rossini was born in Pesaro (Italy) and also the year when young Jerónimo Martins opened his small store in Chiado, Lisbon, where one of the oldest Portuguese business groups originated. To celebrate this 230-year journey and the value of who played a hand in it, music and food set the tone for this event in Lisbon, between the old Picadeiro Real and the Navy Museum. 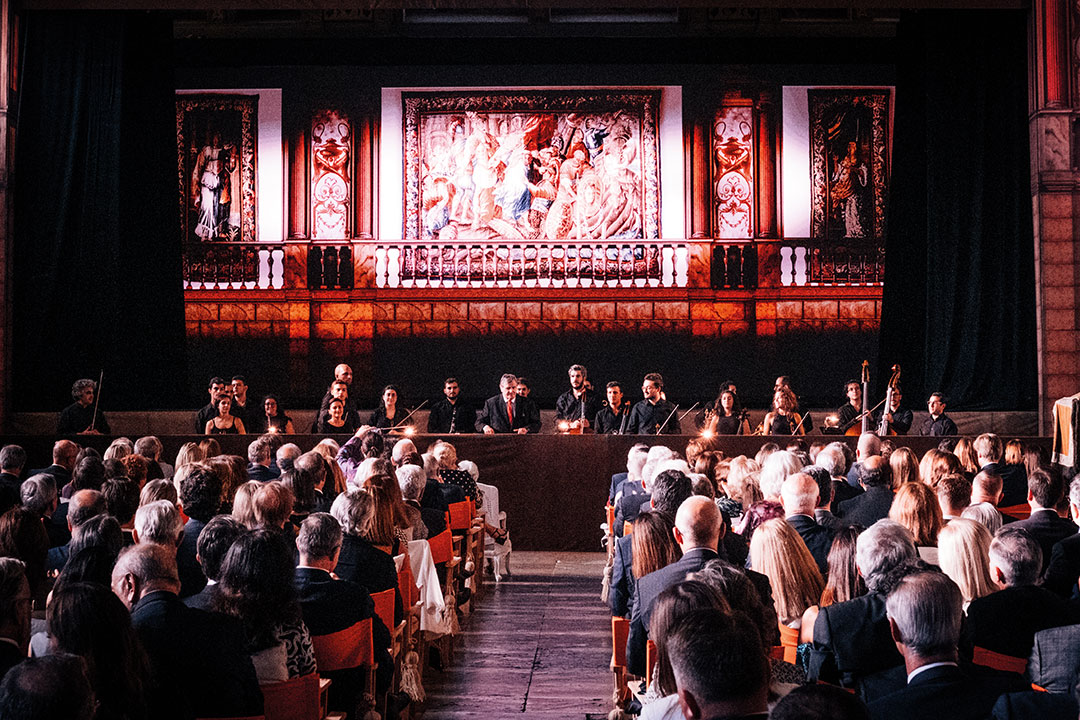 The guests watched Rossini’s opera in the Portuguese Coach Museum, which preceded the gala dinner.

The long journey was pointed by Pedro Soares dos Santos, Chairman of the Group, when he said that “from being a fine grocery and supplier to the Portuguese Royal Household to a business Group with a mass-market orientation, present in three countries and two continents. The adventure of its growth has been long and not without its ups and downs. By land, in coaches and their successors, by sea, on boats and ships, taking and bringing products, or by air, our voyage has always been fueled by the will to go further and curiosity about the new and the unknown”. Proof that there are values that endure over the generations, it was a hundred years ago that Francisco Manuel dos Santos, great-grandfather of the current Chairman of the Group, and his partners acquired the fine grocery with exquisite clientele, which had already made a name for itself, importing and exporting the best delicacies. Under his guidance, and later that of his descendants, the Jerónimo Martins store became one of the largest Portuguese multinational groups.

“I learnt from my father that everything that doesn’t grow starts to die. Maybe that adage is one of the sources of obsession that characterises us” recalled Pedro Soares dos Santos. Commemorating the past with eyes firmly fixed on the future, the dinner held at Pavilhão das Galeotas in the Navy Museum, in Lisbon, recalled the courage needed to sail through stormy seas. Rossini’s opera, which preceded the meal, involved the audience in one of the purest forms of art. 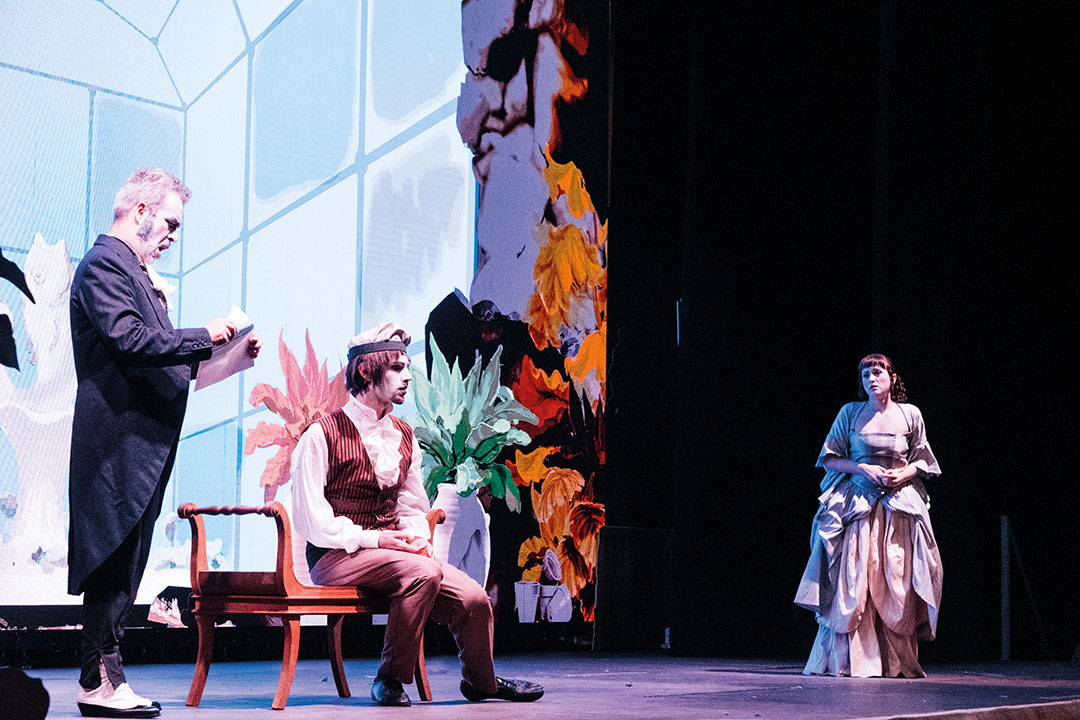 The old Picadeiro Real, which used to house the Coach Museum, was the stage for La Cambiale di Matrimonio, a comic opera and the first composed by Rossini when he was 18. It was under the baton of Maestro Jean-Bernard Pommier that the opera began, produced by Tito Celestino da Costa, featuring Carmelo Caruso, Maddalena de Biasi and Luís Rodrigues and other players, to music played by the Atelier Musical of Europe orchestra. A celebrated composer, this star of Italian music in the first half of the 19th century withdrew from the stage early and devoted himself to organising grand banquets, composing them with music and cuisine. 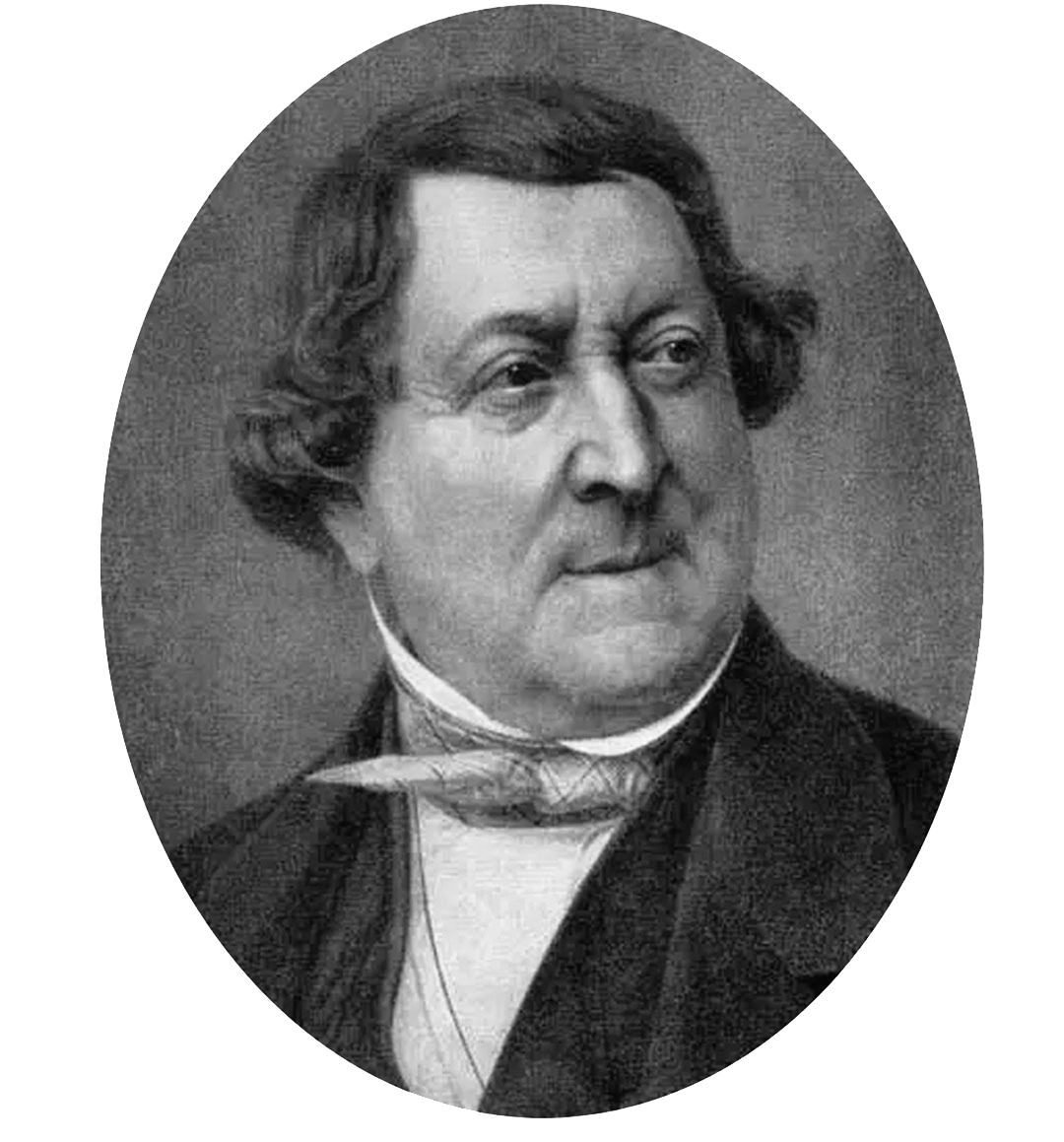 Before writing its first Opera, Gioachino Rossini worked as a choirboy, a singer, and a rehearsal conductor (répétiteur) at the Philharmonic Academy of Bologna, Italy.

The opera chosen for the occasion has only one act, but the menu crafted by Gonçalo Costa, Executive Chef at Pingo Doce, was divided into three, inspired by the creations of the Italian maestro Rossini that can be found in the book Les Péchés de Gourmandise. 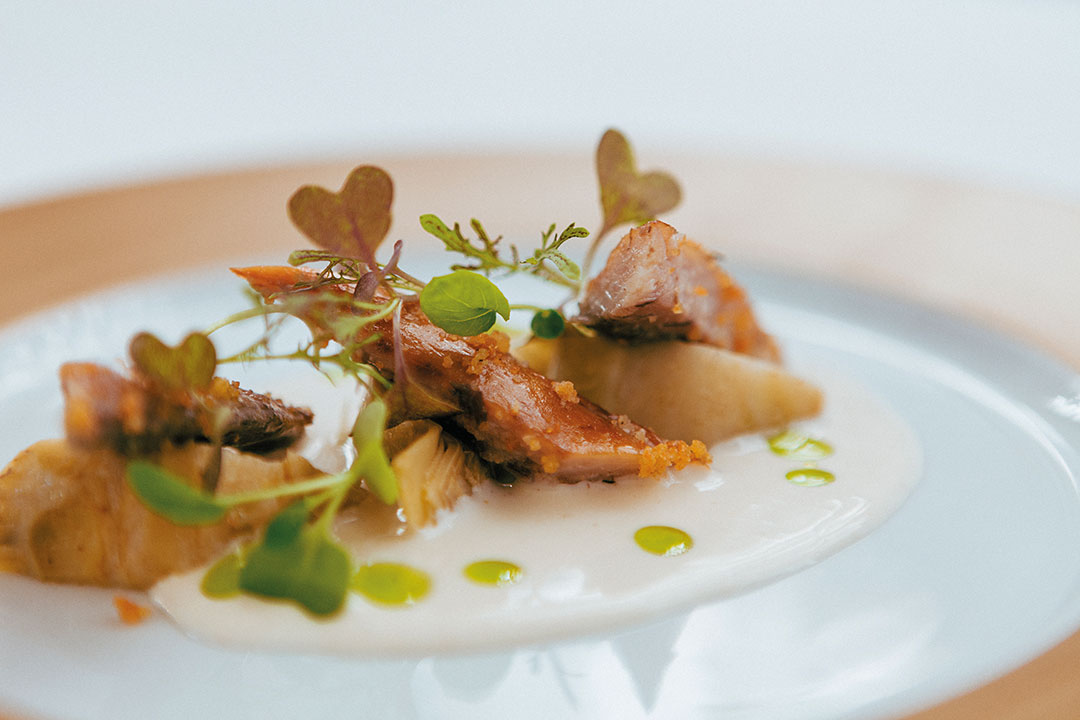 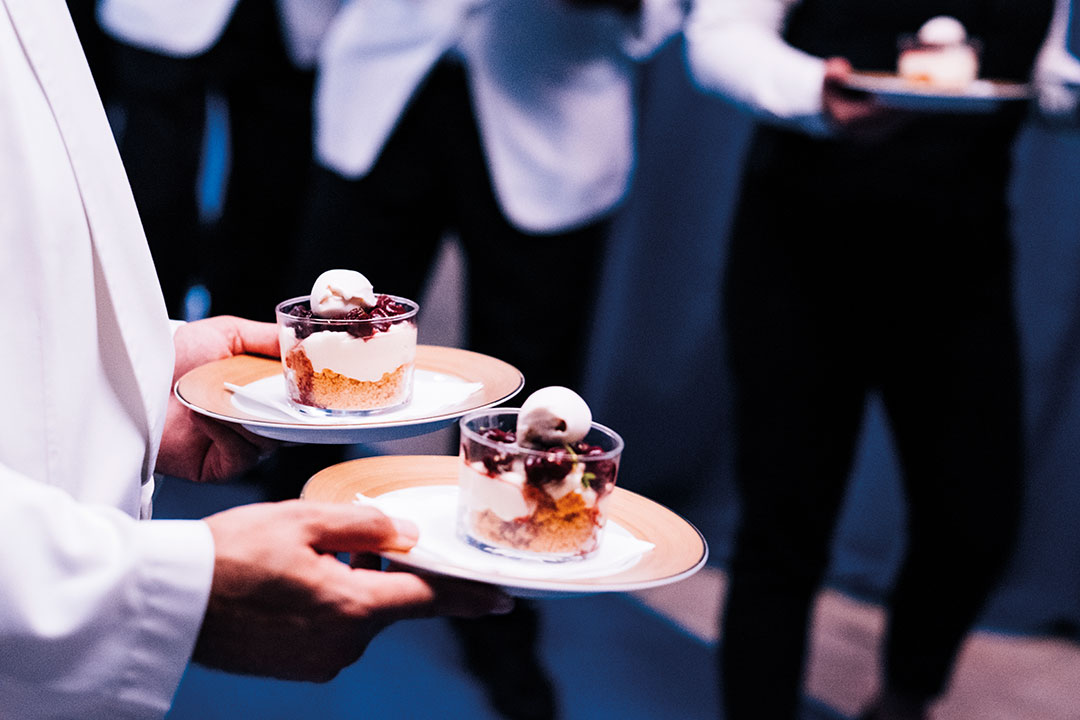 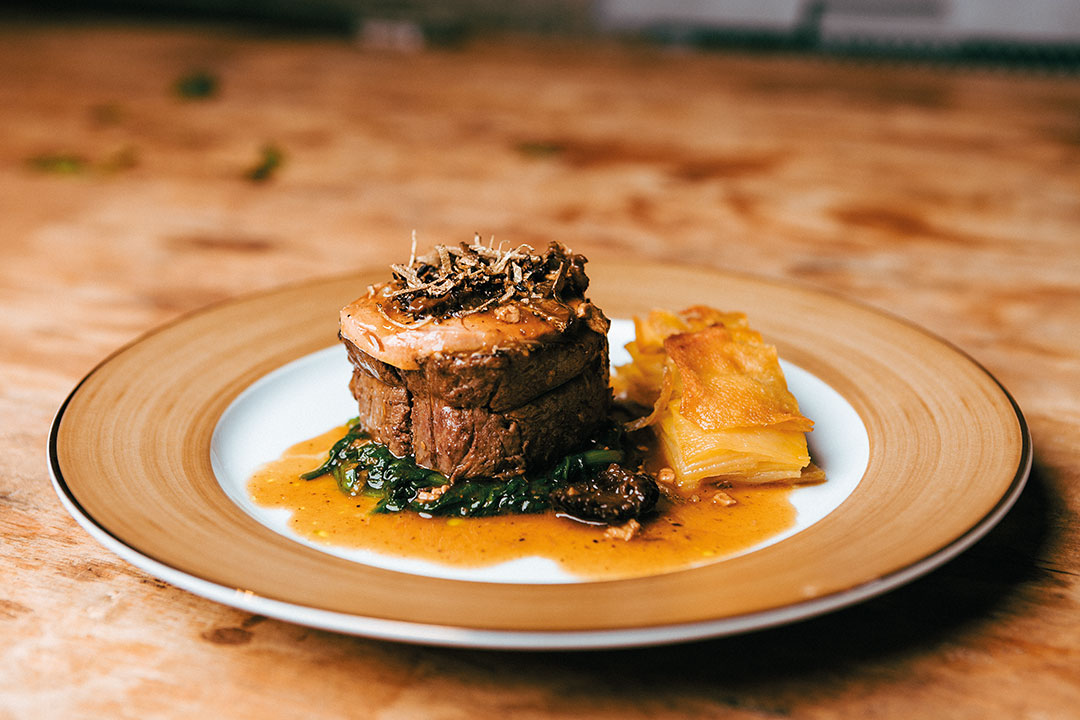 Artichokes barigoule with smoked mackerel and corn bread crumble surprised in the first act due to the unusual combination of flavours. Indulgent and bold tournedos Rossini followed, with the chef serving glazed morel mushrooms as garnish. To close the celebrations, the third act came in the form of a cherry pie with Marsala ice cream. In art as in culture, in cuisine as in business, time does not erase, rather it sublimates all valuable things. More than two centuries later, we are still enchanted by the operas of Rossini, delighting in the dishes that break through the barrier of time and paying homage to the journey of the Jerónimo Martins Group.

“We believe that we must travel without looking back, while honouring the past and the memories that make us what we are.” This is how Pedro Soares dos Santos summed up the event, adding that “our longevity is proof of the commitment to the future that has always guided us as a shareholder family and as a management team. Our values and principles and the sustained stability of our leadership has been our beacon at all times, but particularly when the night is dark and the seas are troubled”. In 1792, when the French Revolution was having an effect all over Europe, Jerónimo Martins created the bases for the future, with an optimistic outlook and with the same enthusiasm as people who are always setting out on a new voyage. Let us toast to the continuation of this journey. 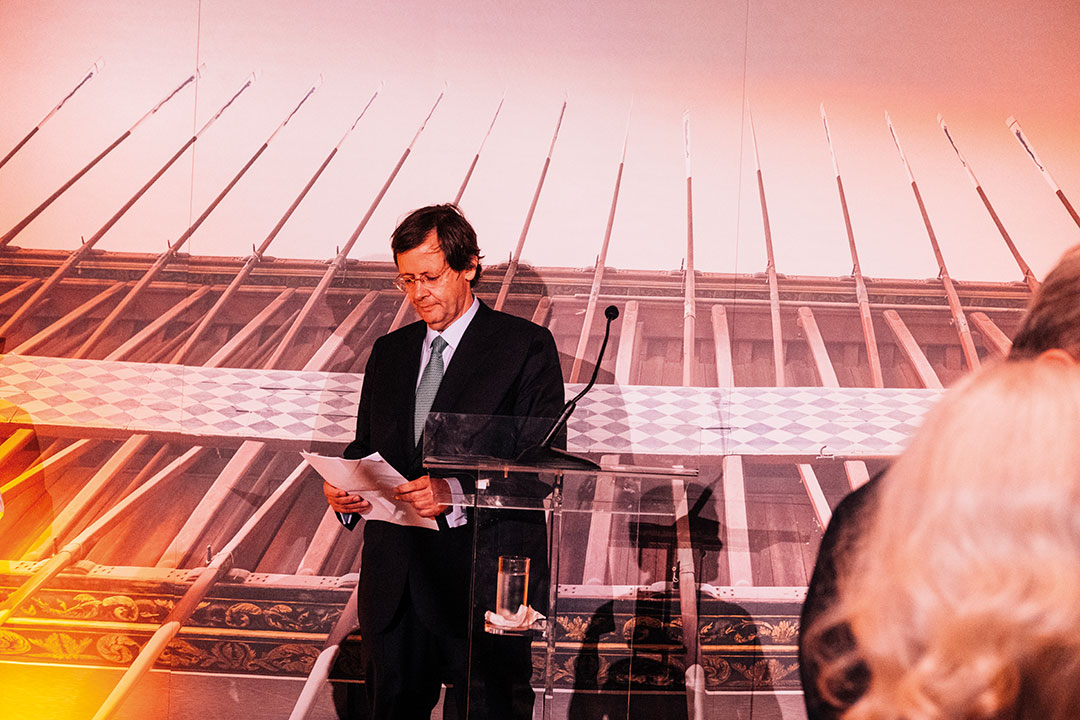 “We believe that the journey must be made without looking back, but honouring the past and the memories that make us who we are”, said Pedro Soares dos Santos, Chairman of Jerónimo Martins.

Taste of Go(o)dness
The Value of Art
The Age of Data
Sitopia
Food in the Future: evolution or revolution?