27 Dec The worth of Words

The worth of Words

Short expressions of popular wisdom are true golden heritage. The Polish language is full of terms, expressions and proverbs related to the most precious of metals which reflect the sparkle of this nation’s culture. 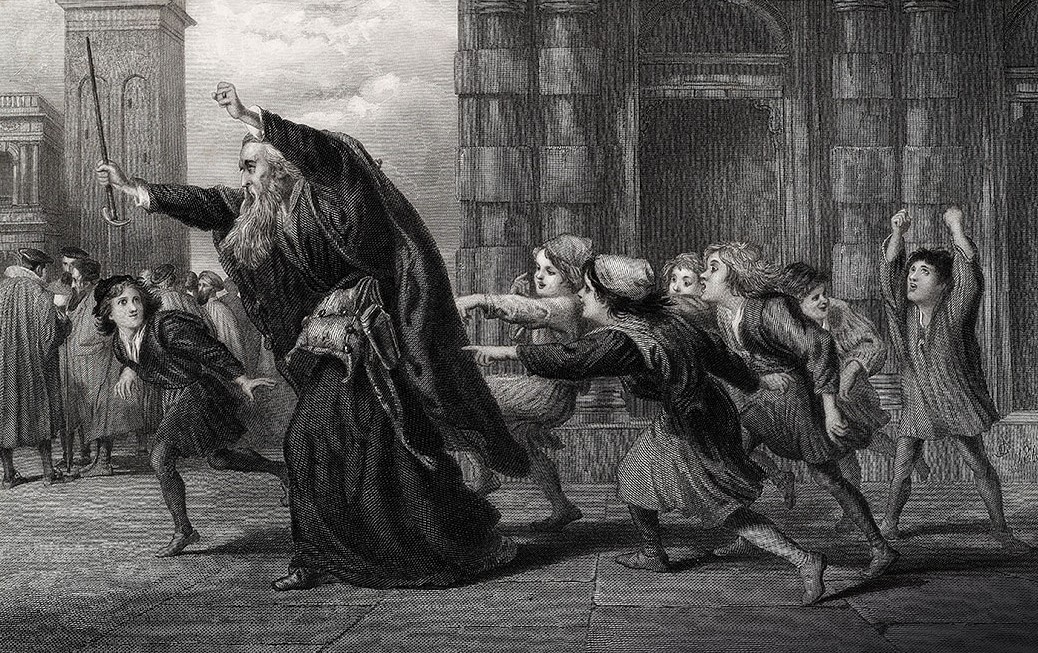 WHY IS SILENCE GOLDEN?

Gold, derived from the Latin word aurum or the Hebrew aôr (light), has been the most valuable substance on Earth since the dawn of humanity. It is one of the rarest chemical elements to be found in the depths of our planet, a precious metal that has historically shaped the world in ways difficult to sum up in a few words. In his monograph, De circulo physico quadrate (1616), German alchemist Michael Maier imagined that the sun, having circled the Earth (or the other way around) more than a million times, finally wove its golden beams into the core of our planet.

It represents light, and is thus the source of all life. Indeed, for many centuries, gold was considered to be an image of the light of the sun, an emblem of God’s sacred presence, divine glory, perfection, cleanliness, durability. In western culture, it has undoubtedly been crowned as the ultimate symbol of wealth, beauty, luxury, fortune and good health, becoming synonymous with royalty and prosperity. It also symbolises everything that is or might be hidden from our sight, or simply too difficult to find, and therefore stands for enlightenment both in the spiritual and the material sphere of life. 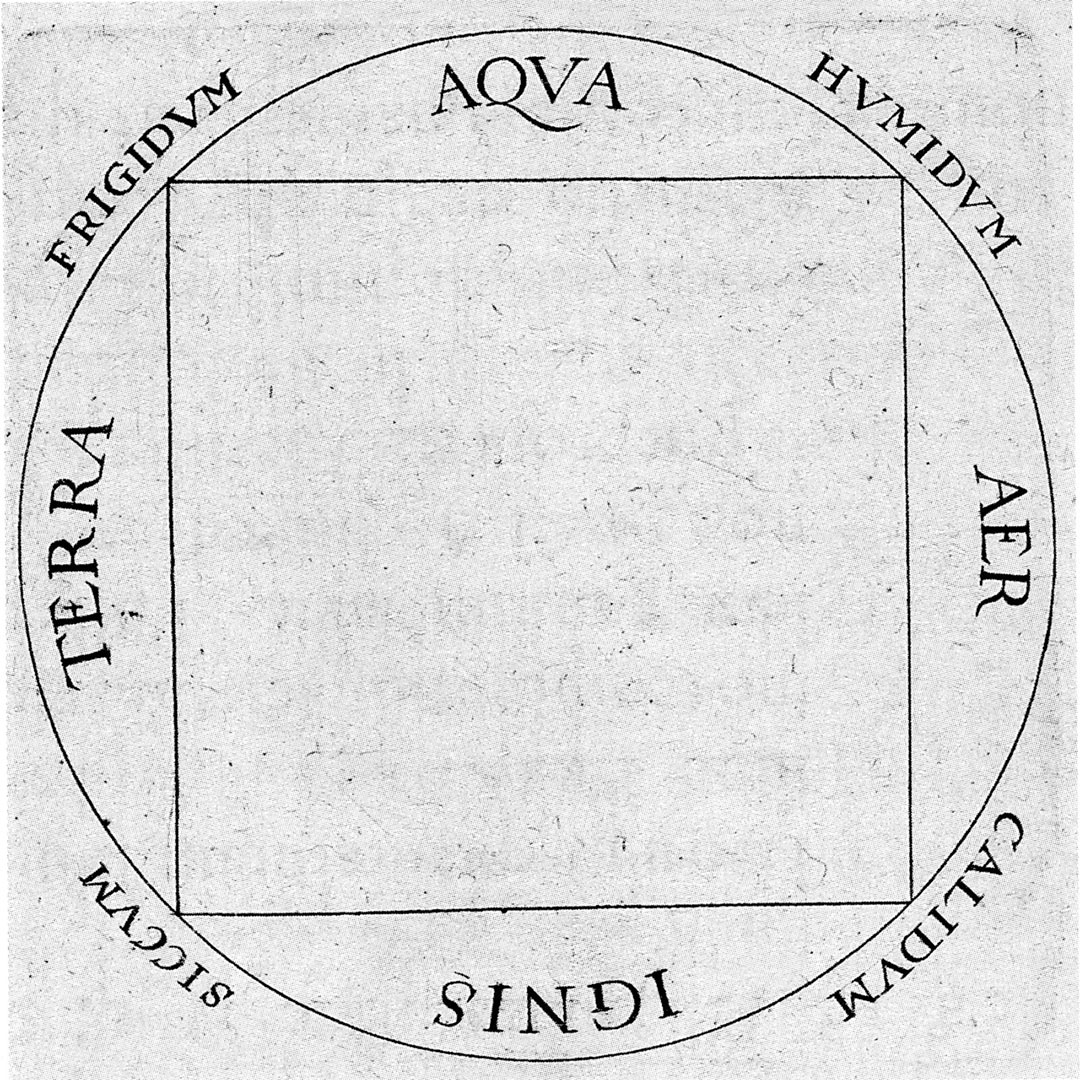 Gold, a precious metal, has been the source of conflicts throughout our entire history, responsible for countless wars waged in its name, discoveries of new lands and gold rushes, and finally, the foundation of our modern monetary system. It is perhaps the epitome of capitalism, although its history can be traced to the beginnings of civilisation. In communist propaganda, a gold watch or chain was seen as a characteristic element associated with the bourgeoisie, the hated enemy of the proletariat.

Even more complex and multifaceted are metaphorical senses attributed to everything that is golden. In Works and Days, the ancient Greek poet Hesiod described a myth of human history, which was divided into several generations, beginning with “the golden age”, a time when people roamed the earth living as equals to gods and free of worries, suffering and misery. These golden ancestors did not have to work, but spent their lives enjoying peace, tranquility and, most importantly, endless feasts, as they were liberated from the burden of growing old. 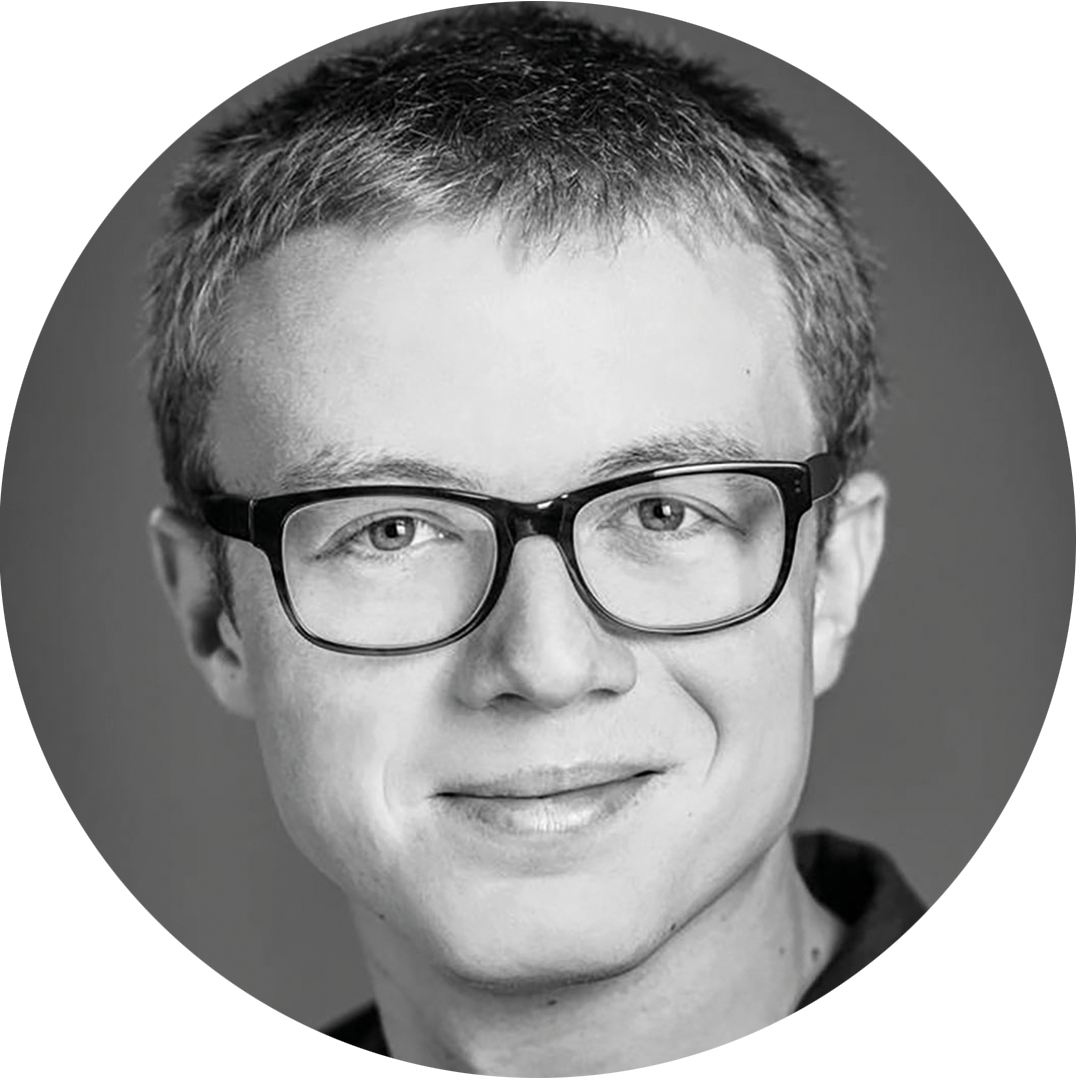 This is ancient history, but what about today? Is everything shiny made from gold? Do people in Poland still value gold in the same way as they did in the past? How is the cultural history of gold reflected in our present-day attitudes to this precious, much sought-after substance? One way to approach this issue is to look at language, specifically at the kind of expressions that are connected with gold in everyday language, and ask, what precisely do they tell us about the different values we attach to all that glitters?

First of all, the currency: the Polish złoty. It comes from the masculine form of the adjective “golden”, and officially replaced its predecessor, the Polish mark, in 1919, shortly after Poland became an independent state, after the end of the First World War. So, it would seem that for Poles, money is golden – quite literally. It is no wonder, then, that Polish imagination, as it is expressed through language, is littered with “golden” references; for instance, a person who is successful in business can be hailed as “golden-mouthed” (złotousty), which can also mean they are eloquent speakers (and not just silver-tongued as in English!).

A lucrative contract or other prestigious job opportunity becomes a “golden business” (złoty interes), while, on the other hand, when someone inadvertently wastes a source of easy income, they are “killing the goose that lays the golden egg” (zabić kurę znoszącą złote jaja); in this case, however, the saying comes from one of Aesop’s fables, whereas the original goose becomes a “hen” in Polish, arguably a more common sight in the countryside.

Although gold and everything golden is valued in Polish culture, even more so is traditional Polish hospitality – perhaps one of the reasons why the original German saying that “one’s home is more precious than gold” finds particular resonance among Poles to this day. However, let us not forget that there are two sides to every coin – even a Polish złoty. Indeed, the biblical term for a “golden calf”, an equally popular phrase in the Polish language, connotes a more pejorative meaning. A person who bows in front of the golden calf is considered as someone who is too reliant on the pursuit of material wealth and whose life is dedicated only to the accumulation of earthly goods. And if they promise these potential goods to others – well, they are essentially promising “golden mountains” (złote góry), without actually being able or intending to fulfil that promise. A paradox? But so are Poles. 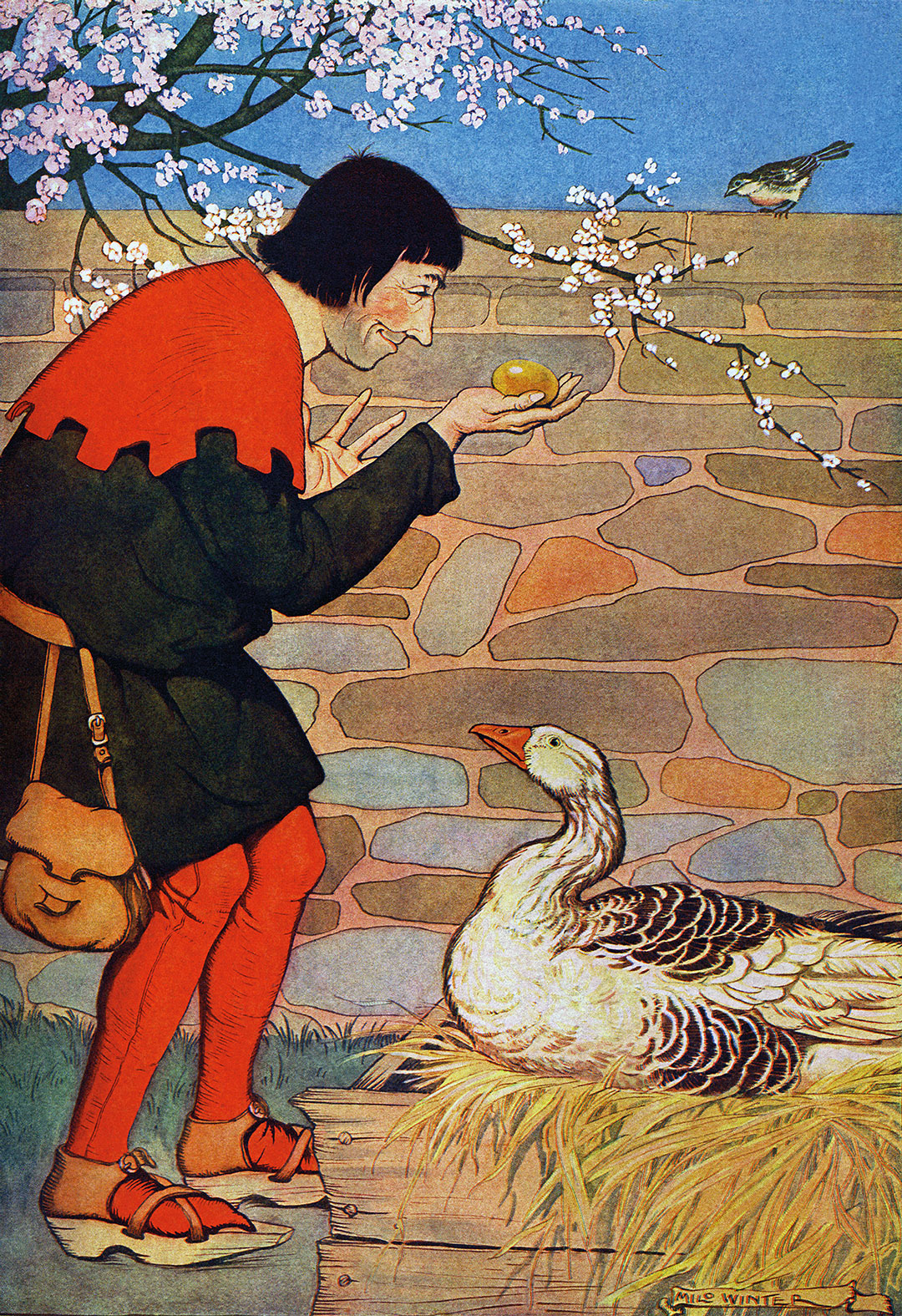 When someone inadvertently wastes a source of easy income, Poles say they are “killing the goose that lays the golden egg”, alluding to an Aesop fable.

When it comes to exploring the ambiguous nature of how Poles value gold, there is probably no better linguistic realm than that of Polish proverbs. A proverb is a short, well-known saying which most often states a (very) general truth or piece of advice. Despite their apparent commonality and self-explanatory nature, proverbs are in fact an intriguing genre of speech – and one that expresses much more than just a worn-out cliché or useful (to a varying degree) advice.

Proverbs are a form of orally transmitted knowledge, or a genre of unwritten communication that carries bits and pieces of knowledge down through the centuries. There is an entire separate subfield of ethnography known as paremiology, devoted to the collection and study of proverbs. What also characterises these popular sayings is that they are an interactive form of language, which means that when a person uses a proverb in a given situation, they do so in order to elicit some kind of reaction from the listener – in most cases, to impart knowledge, offer advice or help in understanding a complex matter or simply to inspire them to rethink their position.

Importantly, proverbs are contextualised culturally, which means that translating them into another language, another culture, is quite a difficult challenge. Sometimes they appear as universal truths present in many languages, sometimes their meanings vary across cultures. In this regard, proverbs are akin to jokes – anyone who ever tried translating a joke into another language will most certainly agree that eliciting laughter among foreigners is no small feat.

A person who bows in front of the golden calf is considered as someone who is too reliant on the pursuit of material wealth, and whose life is dedicated only to the accumulation of earthy goods.

But, unlike jokes, proverbs are not taught by repetition. Instead, they are an inherent part of our daily speech. We don’t remember exactly where and when we heard them for the first time, or from whom. We use them automatically, without really questioning their meaning. It is part of the authoritative nature of popular sayings, as well as their impressive staying power and metaphorical universality. What exactly can Polish proverbs about gold tell us about the value of the luxurious metal in Polish culture? Once again, we are left with a breadth of interpretative tropes. The most common saying teaches us that “all that glitters is not gold” (nie wszystko złote, co się świeci), which is also considered one of the oldest proverbs in the Polish language, whose origin dates back to some anonymous, wise elder from ancient times. 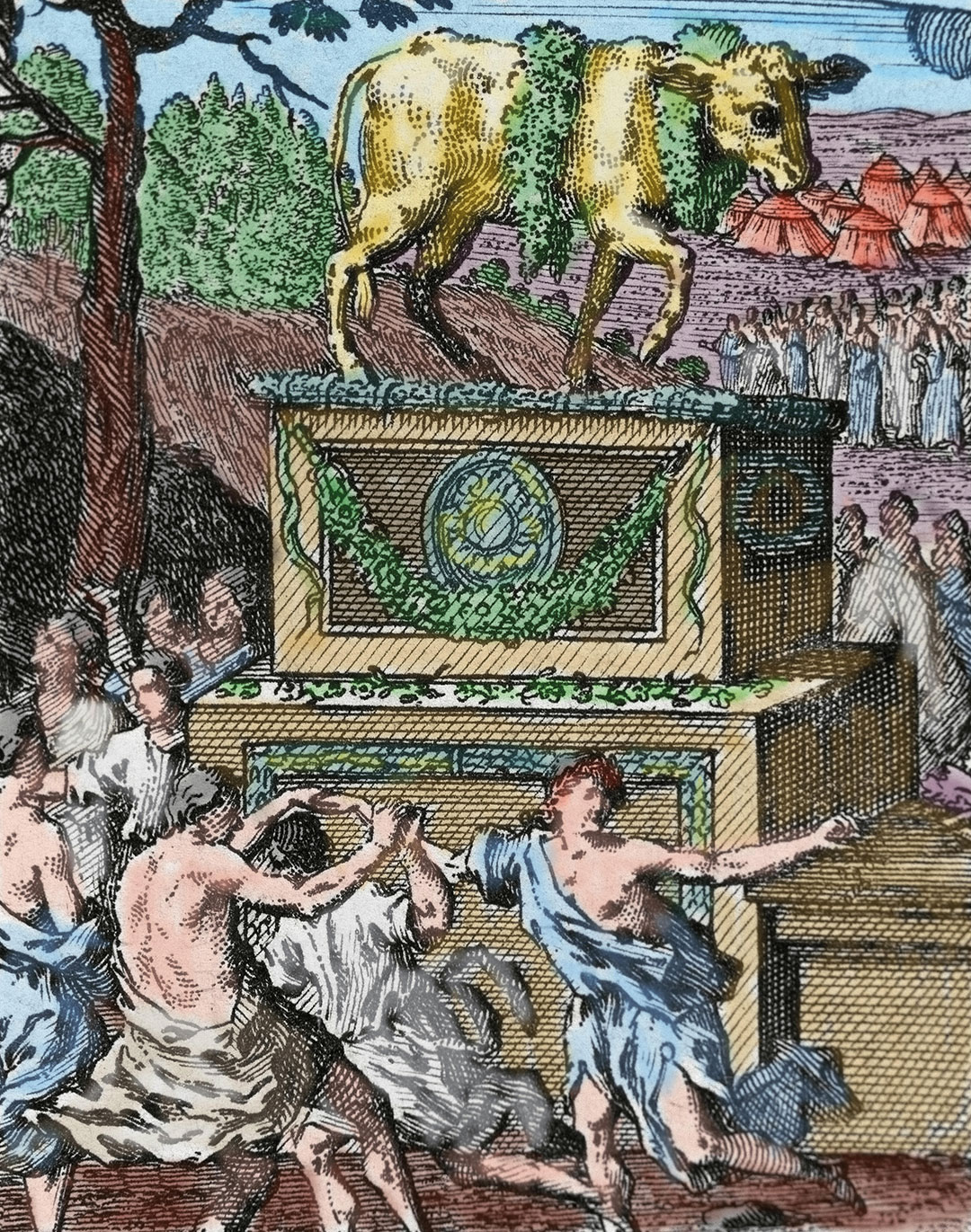 The Israelites worshiping of the golden calf during Moses’ absence.

It conveys the knowledge that an inviting appearance does not replace the real value of something. In other words, even if something seems to be valuable on the outside, symbolically linked with the beauty and luster of gold, we should be suspicious of its true nature, of what might be hidden behind the aureate exterior. It is essentially advice to question whatever we might take for granted – especially if it comes from someone else, from someone we don’t know, a stranger. This proverb encapsulates a part of Polish national character that goes against the more traditional association of gold with values such as luxury, royalty, prosperity; instead, it reinforces a warier, more cautious approach to others who may be hiding their deficiencies in plain sight.

Or, as is often the case, their ulterior motives, imagined or real. Another popular proverb among Poles refers to an equally moralistic prescription, reminding us that “speech is silver, silence is golden” (mowa jest srebrem, milczenie złotem). Its origins are most definitely ancient (biblical or Arabic), but its significance – why it is so often used in everyday situations – reveals another type of reluctance among Poles.

It expresses a fear that a person may say too much. Isn’t it better not to say anything at all than to say something wrong? Or to hurt someone with your words? It is as though the cultural past is advising us to stay silent – perhaps, we might add, on topics that are difficult or which could upset the status quo. In the end, one question lingers: are Poles supposed to value those who are “golden-mouthed”, or those whose riches come from remaining silent? The simplest answer would be that it is all relative and depends on the context. And that’s often the best advice a cultural anthropologist can offer.