United by the desire to add value to Mozambique and be a source of inspiration for others, five young Mozambican women crossed paths at the Girl Move Academy. Jerónimo Martins is a part of this innovative project, which has already been awarded a UNESCO prize. 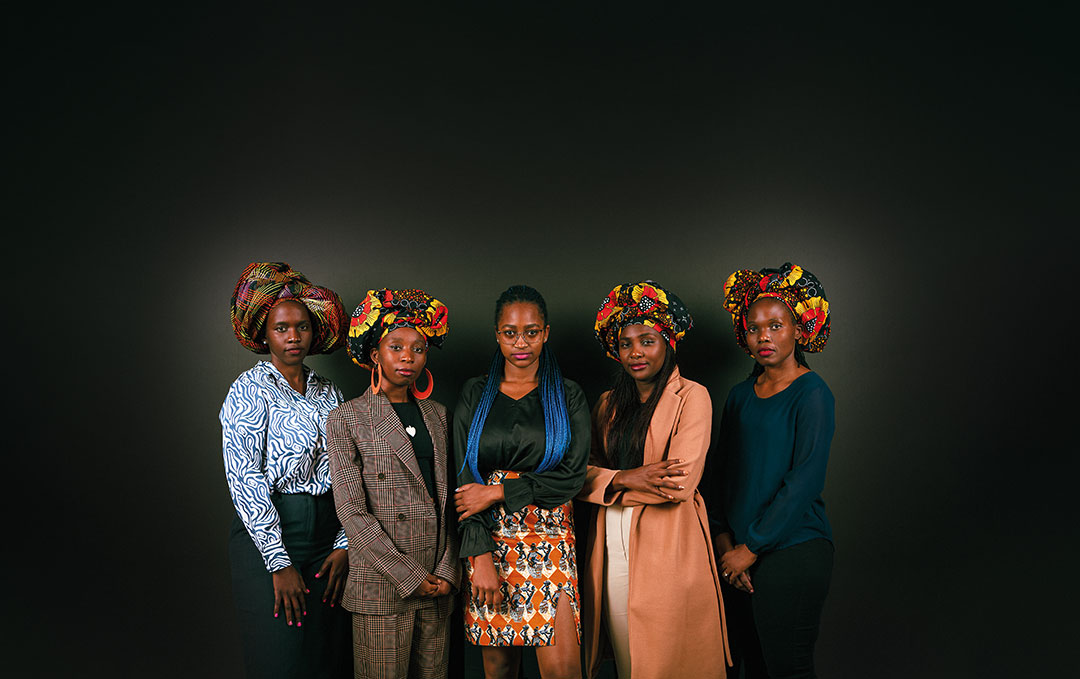 Her eyes shine with enthusiasm. In her internship with Jerónimo Martins in 2022, Itelvina Matusse learned a lot. She began to view the “environment from another perspective, in a very serious way” and became motivated to mainstream environmental education in Mozambican schools. Juvícia Gomes knows that the ocean floor influences “marine life and also what happens on the surface”, and her research in ocean geology provided her with the knowledge that will help understand the what and the how of environmental improvement in Mozambique.

Focused on capitalising on the talent in the country and “promoting economic development”, Ercília Samissone created a project during her internship, in the same year, to “facilitate access to the labour market for young graduates” struggling with high unemployment rates. Jessica Sitoe’s dream is to establish “a large association of cattle and poultry producers, including a training school and a store with fresh produce”. When Mozambique ceases to be “one of the poorest countries in the world”, and when its story becomes a positive example for others, she will have fulfilled her greatest ambition. As for Palmira Chissico, she has combined her love for cooking with her nose for business to create value among other women who lack access to the formal labour market.

These women’s journey to help transform the world began with in themselves.

They are all young and united by a genuine desire to make the world a better place, starting with fulfilling the value of their homeland. Data referring to 2022 indicates that about two-thirds of Mozambicans live and work in rural areas, while 10 million of Mozambique’s total population of 32 million are young women under 30. Only 1% of these women complete university studies. Mozambique is one of the poorest countries in the world. Forecasts indicate that the country will experience economic growth above the African average in the coming years, but little employment will be created, and poverty will remain.

Itelvina, Juvícia, Ercília, Jessica and Palmira have overcome women’s much-undervalued role in society. As university graduates, they can add value to their areas of expertise. But they want to bring their examples to other people. They crossed paths at Girl Move Academy, an innovative project established by a Portuguese NGO operating in Mozambique that aims to help break the cycle of women’s poverty. How can this be achieved? Giving them access to tools and skills enables them to transform dreams into actual opportunities for value creation. And, no less important, through positioning them as female role models.

The partnership between Jerónimo Martins and Girl Move Academy has been in the making since 2016. Each Girl Mover spends one month in the Group, always accompanied by a mentor. Through seven editions, the Group has received 25 Girl Movers. In 2021, Girl Move Academy was awarded the UNESCO Prize for Girls and Women’s Education for its innovation and effectiveness in promoting education and women’s leadership in Mozambique. 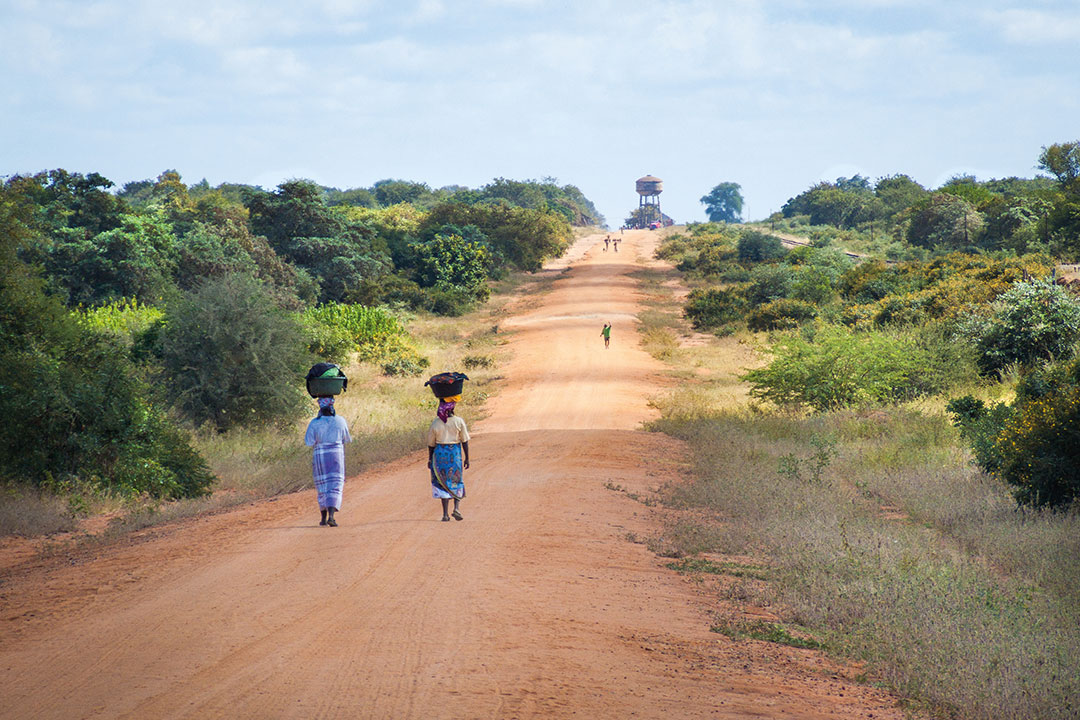 Annual per capita income in Mozambique is 1,460 dollars, according to the International Monetary Fund (October 2022).

She applied to Girl Move Academy hoping to find people who believed in her cause, “an agricultural education movement aimed at adding value in rural communities through the education of children, creating places where the community can interact”, explains Jessica, who runs a poultry production company. She has long felt a “discomfort about the things that were happening in my country” and a “desire to fight hunger and poverty”. With the new knowledge acquired, she intends to map exotic fruit production locations in Mozambique to “create a bridge between communities and markets to generate local income, helping develop the country and create self-employment”. The great ambition of this woman is that Mozambique will no longer be “considered one of the poorest countries in the world” and that one day, through telling her story, she “can be an example for other people and other girls”. Continually seeking improvement, her dream is to retire by the age of 35 after having founded a “large association of cattle and poultry producers, including a training school and a shop with fresh produce”. 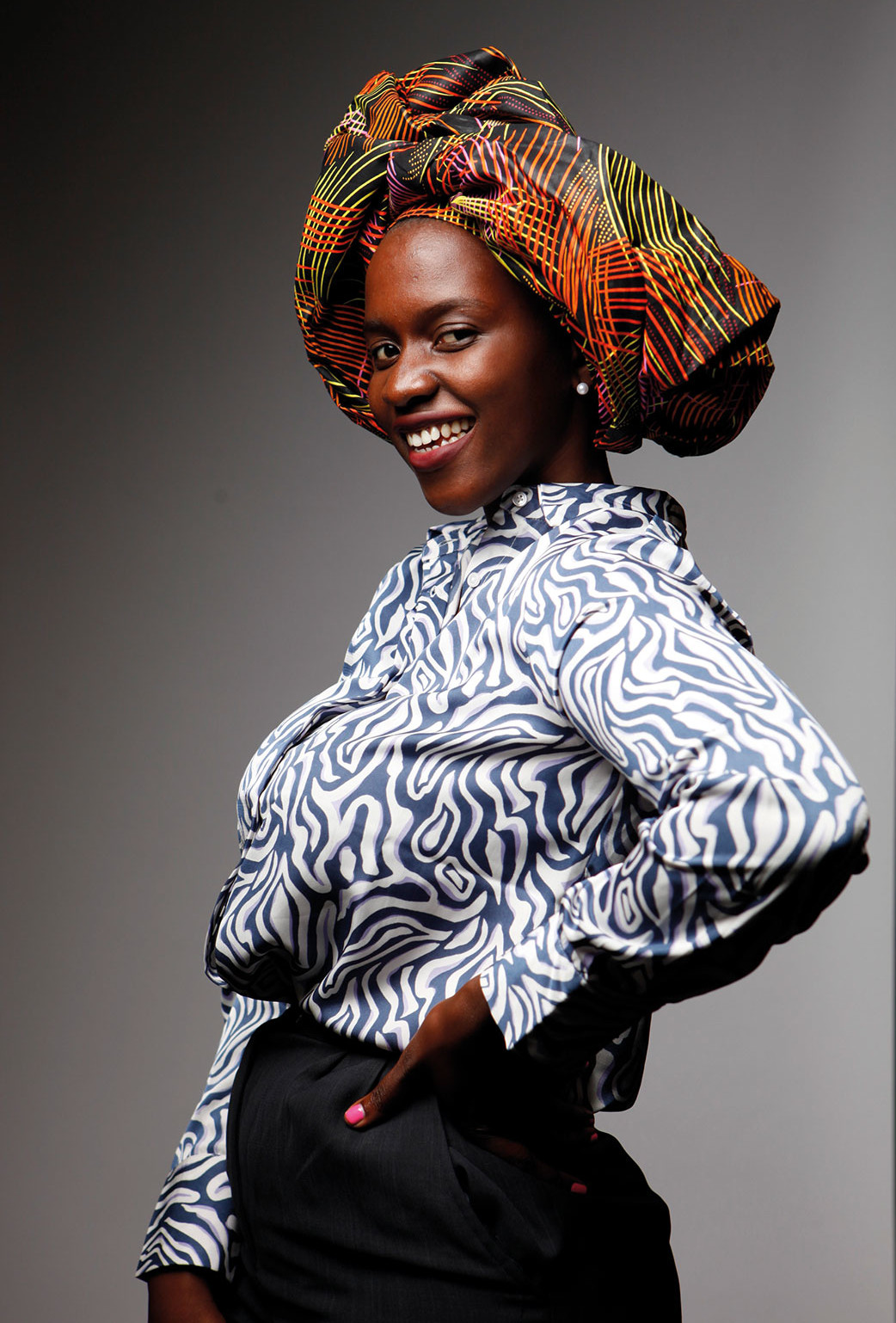 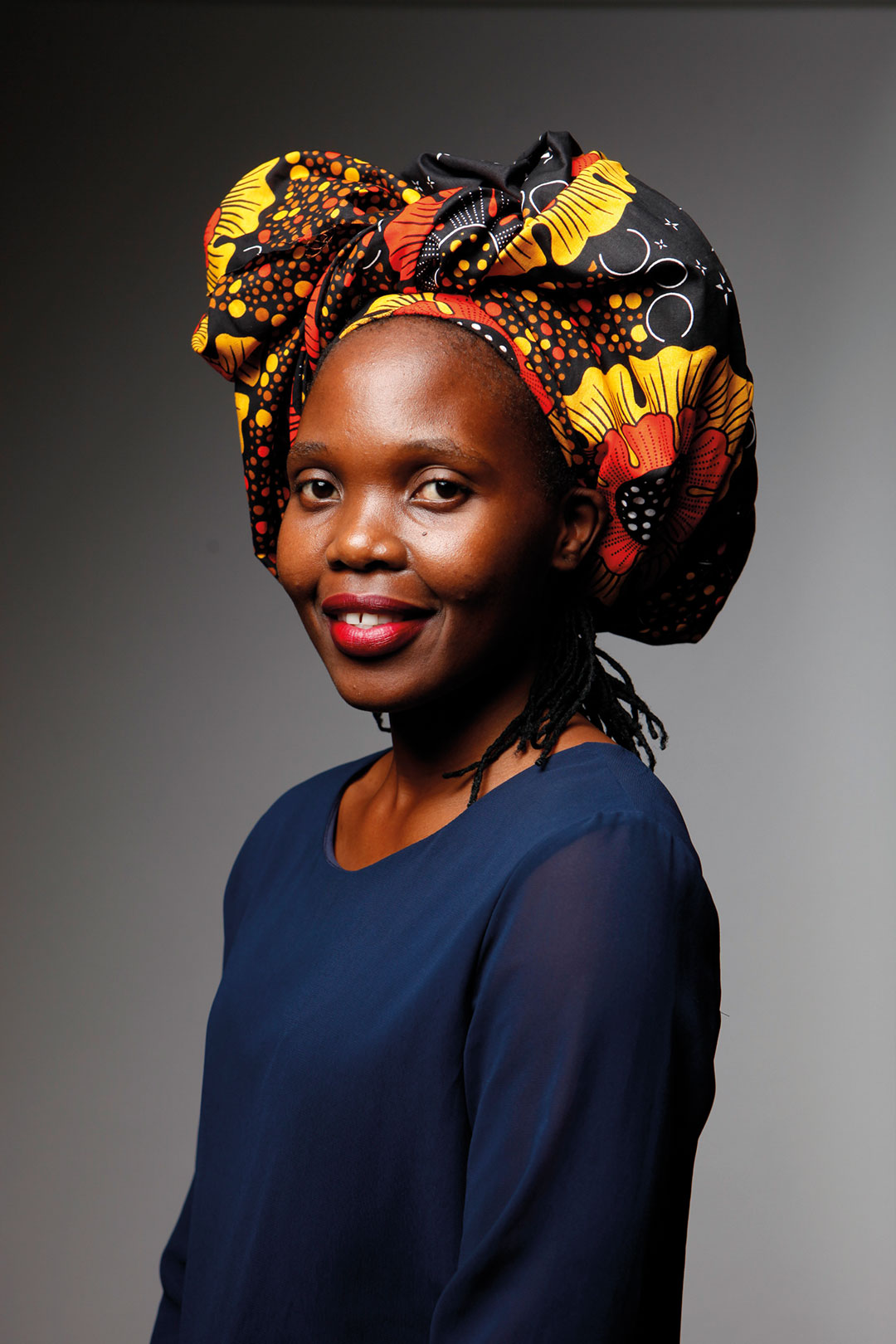 She graduated in sociology, but “the love of cooking spoke louder” in the life of this determined and courageous woman. She recognises that her education has been crucial in her reflections on multiculturalism. She intends to develop “an assortment of recipes that can represent the diversity of Mozambique”, aiming to reconcile a little of each state’s culture. In a developing country struggling with malnutrition, where most people live on subsistence farming and lack adequate culinary techniques, Palmira intends to “provide people with knowledge of how to use and reuse food, and how to have a balanced diet” through her recipes. In her entrepreneurship in the catering sector, she has already used her talent and love for cooking to help other women without access to the formal labour market. Knowing this was not enough, as “there are much more people I want to help”, what attracted her to Girl Move Academy was the opportunity to learn more and to reach “more women”.

Being herself and not hiding what bothered her was the strategy for getting into Girl Move Academy. She began a learning journey and, during a phase in which “had no idea what I wanted to do”, she discovered something significant: “I can do something for people who have no idea what they are capable of”, such as “foster in children the idea that they can be part of the process of preserving the environment, in a very creative way, by reusing plastic bottles to make small pots”. Through her work in improving knowledge about the geological characteristics of the ocean floor off the Mozambican coast, Juvícia also contributes to environmental conservation. “The ocean floor has much influence on marine life and also on what happens on the surface”, she explains, so greater knowledge can help to understand what needs to be improved. 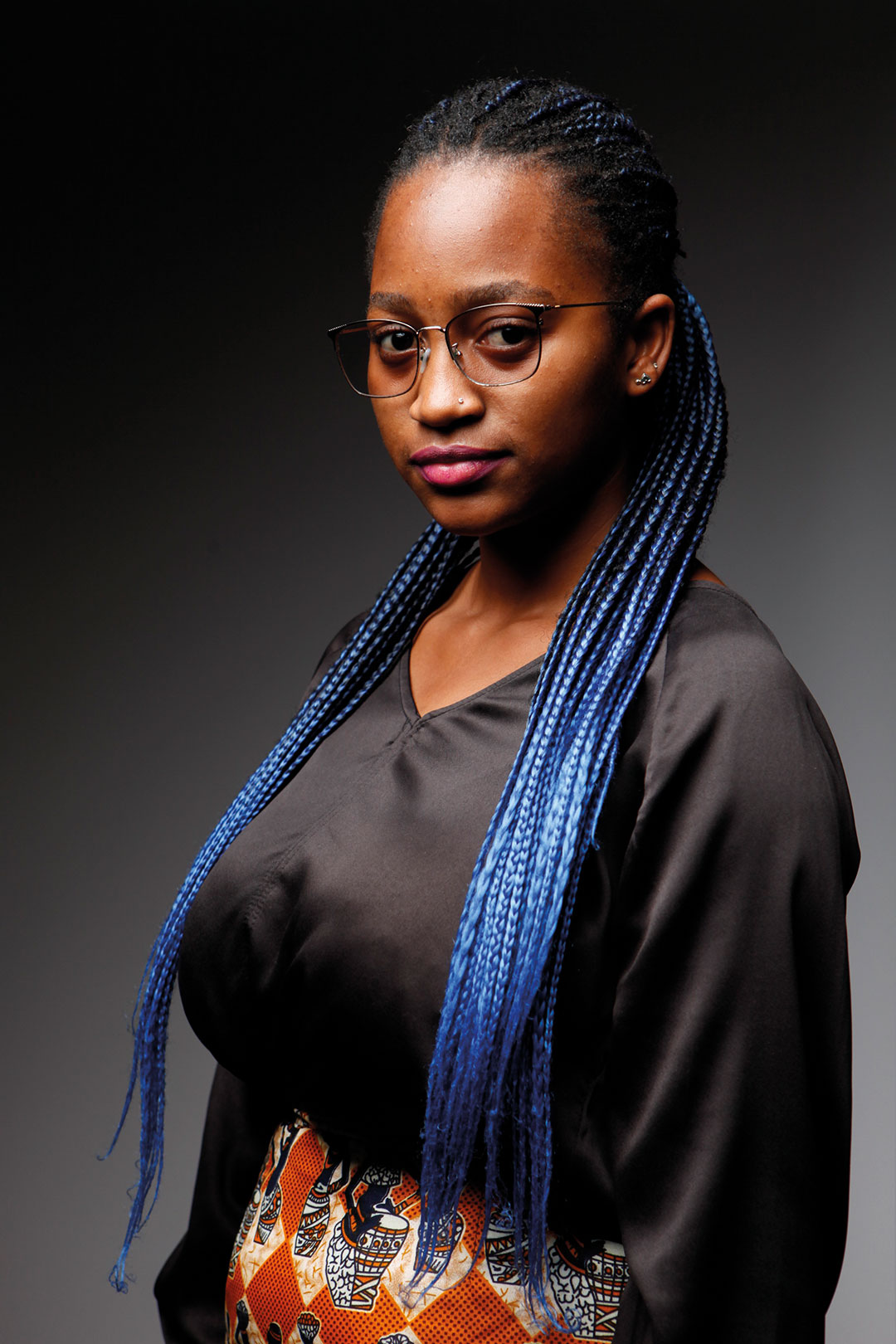 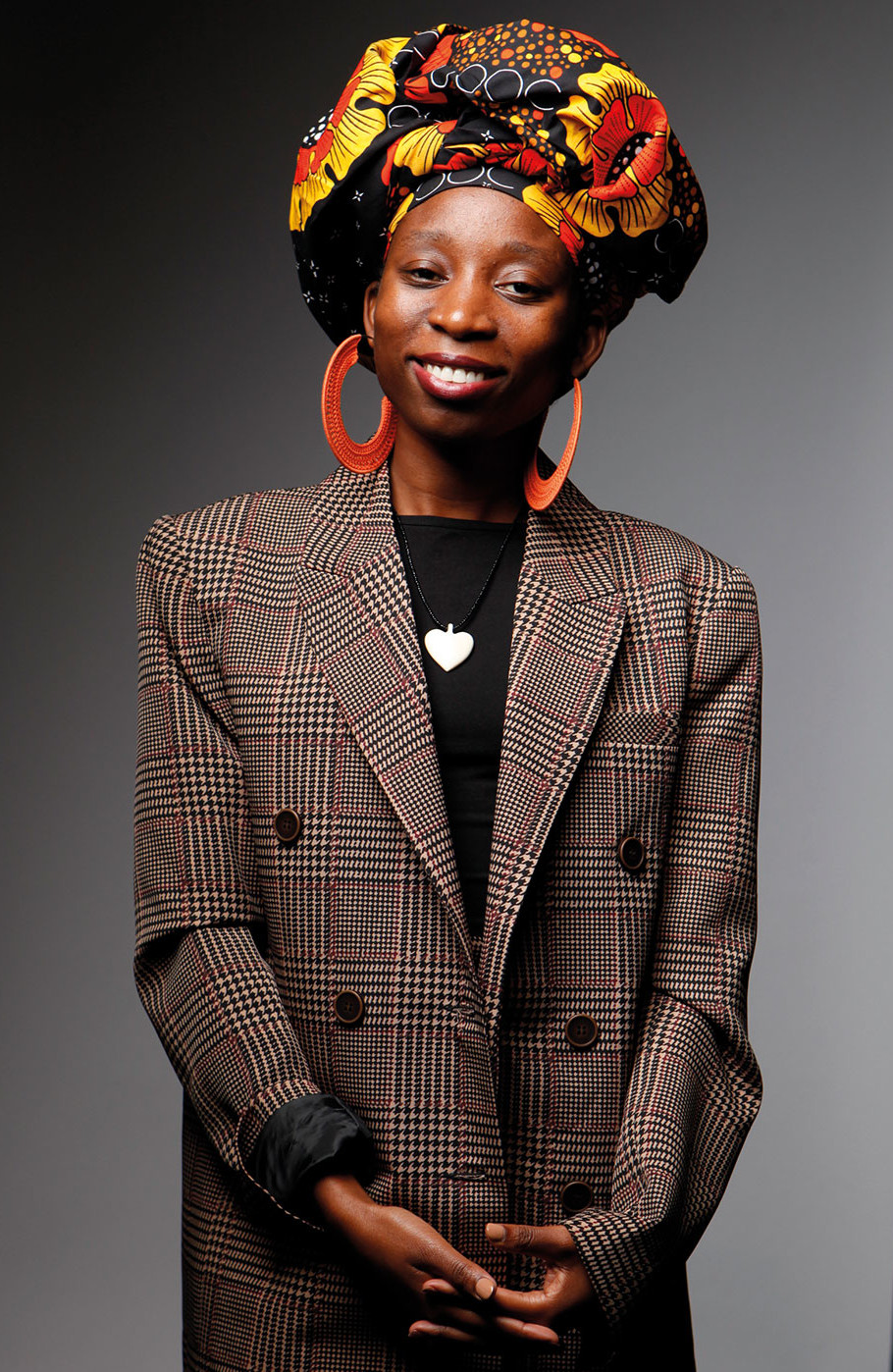 She believes it was her spirit of “wanting to change something and to help the community” that allowed her to be selected by Girl Move Academy, to which she had applied after reading two provocative questions on social media: “Are you woman enough to lead? Are you woman enough to transform the world?” One of this geography graduate’s statements says a lot about her: “There’s always a reason to keep fighting. Revolutions have always been constant. It’s up to us to take up the cause that moves us and to trigger change in our society.” And Itelvina does not doubt that if she weren’t passionate about her cause, she wouldn’t be the woman she is today. Her great ambition is to “mobilise other young people to work together contacting schools and the Ministry of Education” and, in a more realistic way, to mainstream environmental education in Mozambican schools, as most children lack access to these issues.

She describes herself as “a proactive, organised, determined and self-confident woman”, and she’s convinced that loyalty is her greatest motivating value. “It may seem like a small thing, but it makes me fight until the end”, which is “very important when we embrace a cause”, Ercília says. She graduated in International Relations and Diplomacy and dreamed of the moment when her country “can sit at the decision-making table, regardless of its interdependence relations with other countries”. For now, she decided to start by “promoting the economic development of the country’s people” and created a project during the Jerónimo Martins internship to “facilitate access to the labour market for young graduates” struggling with high unemployment rates, creating “a bridge between universities and private companies”. 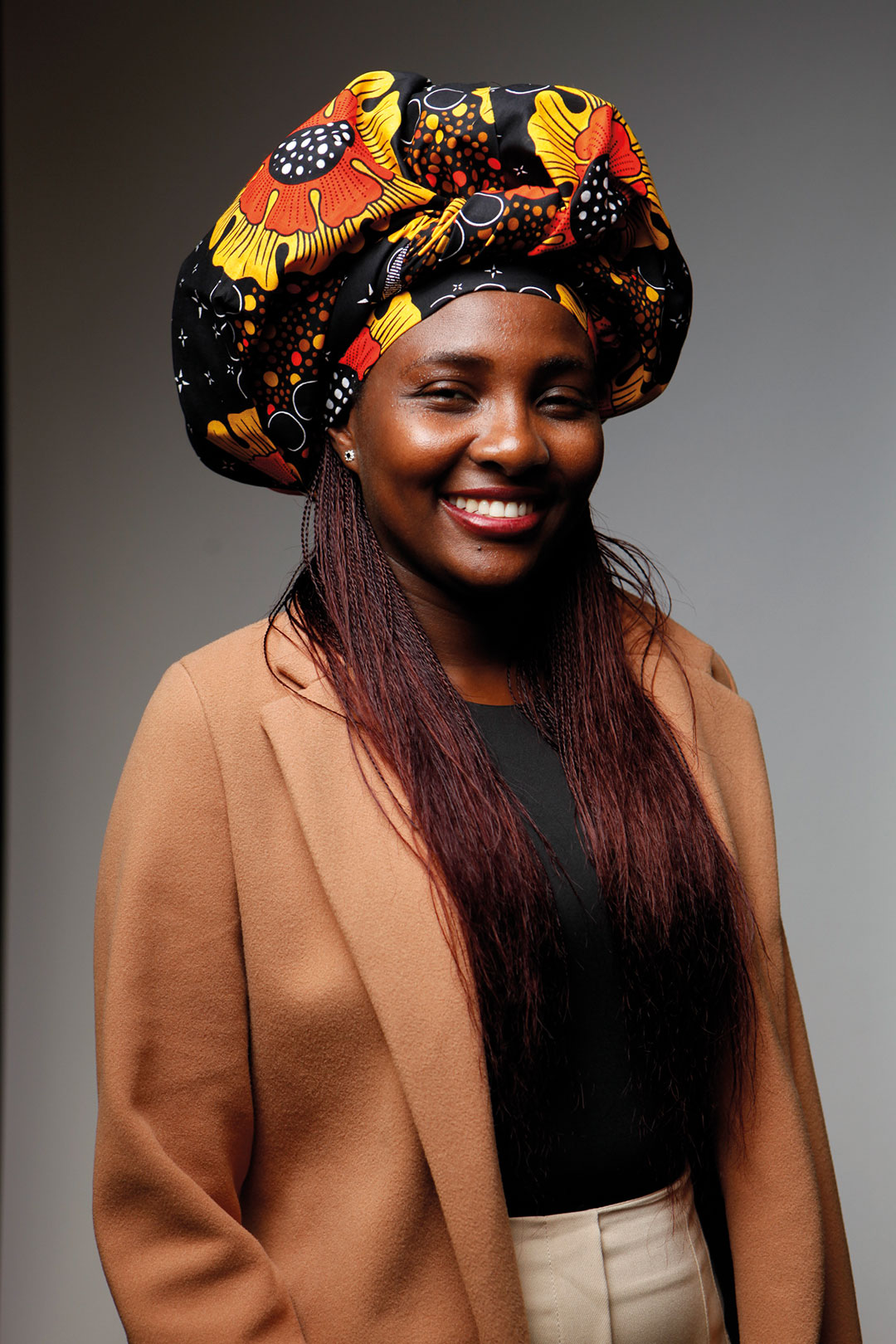