18 Dec If Necessity is the Mother of Invention, Leisure is the Father

If Necessity is the Mother of Invention, Leisure is the Father

Leisure moments that changed the course of History, from health to literature, from food to technology.

The history of many inventions has a moment of idleness in its background. An unrepeatable ingredient that, coupled with necessity, is able to catapult the touch of genius and elevate the different creative processes. Contrary to what the old saying goes, rather than the mother of all vices, leisure masters almost surreal twists whose unpredictable outcome has changed the course of History, from health to literature. Eclectic in the soul and like a child who’s always playing pranks on someone, leisure seems to have the power to infuse itself into the moments of distraction and relaxation of the spirit, revolutionised in a fraction of a second to its way of creating new realities.

In the second half of the 19th century, in the United States, lantern ethers became famous at university students’ parties. Students used the inebriating effect of ether vapor (diethyl ether) for recreational purposes. At the same time, nitrogen protoxide (N2O or nitrous oxide), known as laughing gas, was used in fairs for public exhibitions. In 1844, when performing one of these exhibitions, New England dentist Horace Dell realised that, under the effect of this substance, someone who was hurt seemed to have no pain. This observation resulted in the use of anaesthesia in the first official surgery – the removal of a tumour – on October 16, 1846. 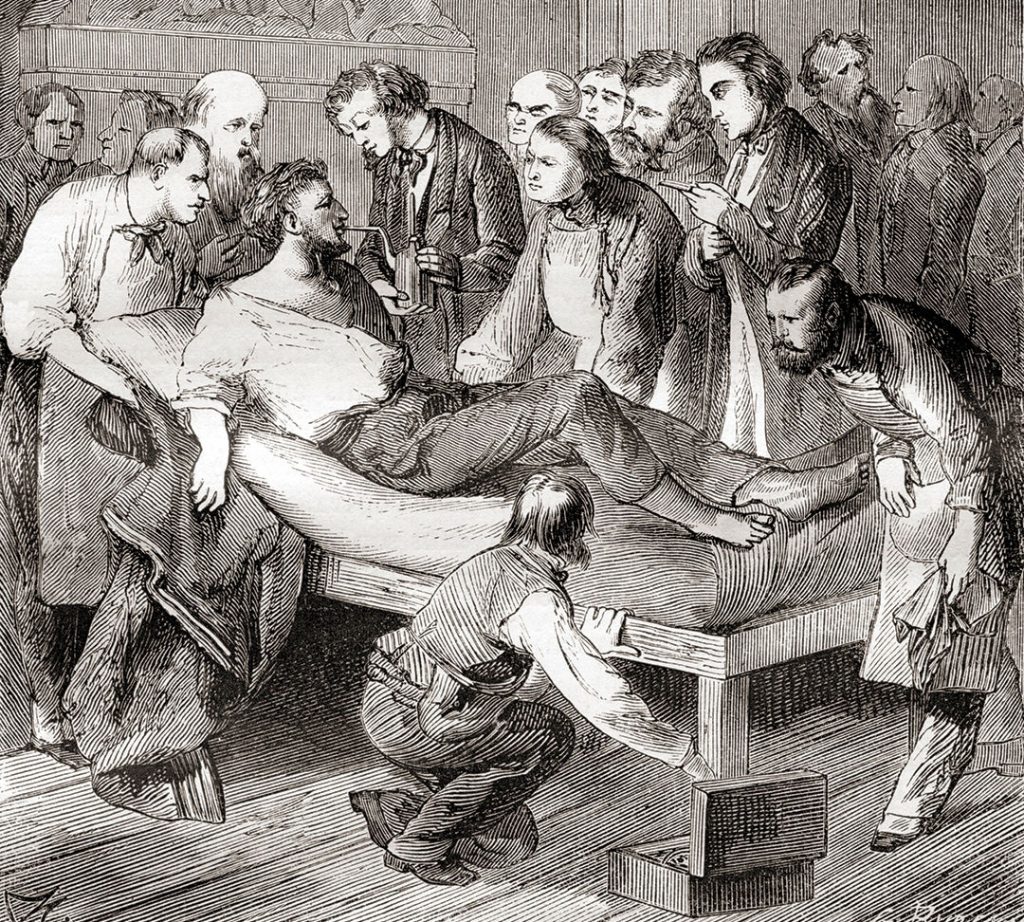 The first public demonstration of the use of inhaled ether as a surgical anaesthetic in 1846 by an American dentist, William Morton, who was Horace Wells’s partner.

The dream that populated the world of little Joanne was to be a writer. She was six years old when she wrote her first story, “The Rabbit”. Yet, despite her need to write, writing was not always easy. Before becoming a successful multi-millionaire with the Harry Potter series, JK Rowling spent some time teaching English in the city of Porto, Portugal. She then returned to Scotland with a child in her arms and with no job. These hardships gave her the push to develop the idea of the Harry Potter story, which brought her more joy than anything else. The image of the sorcerer came to her in previous years, during a monotonous travel between Manchester and London. With no pen and paper at hand, and shy to borrow from anyone, Joanne sat and imagined every detail of the adventures that resulted in the 1995 manuscript of Harry Potter and the Philosopher’s Stone.

In 1666, Sir Isaac Newton (1643-1727) spent a season at the Woolsthorpe Manor, his mother’s house in Lincolnshire. One day, “while sitting in a contemplative mood,” the fall of an apple inspired the English mathematician and physicist to formulate the Theory of Relativity. The episode was recorded in 1752 in the biography “Memories of the life of Sir Isaac Newton” by his friend and writer William Stukeley. After having had lunch together in 1726, while drinking tea under the shade of the apple trees, Newton confided that “it was in a similar situation that the notion of gravity had once come to mind”. Observing an apple trajectory, he wondered why it moved straight to the ground. Such reflections made it obvious that there should be “a force of attraction in matter”. 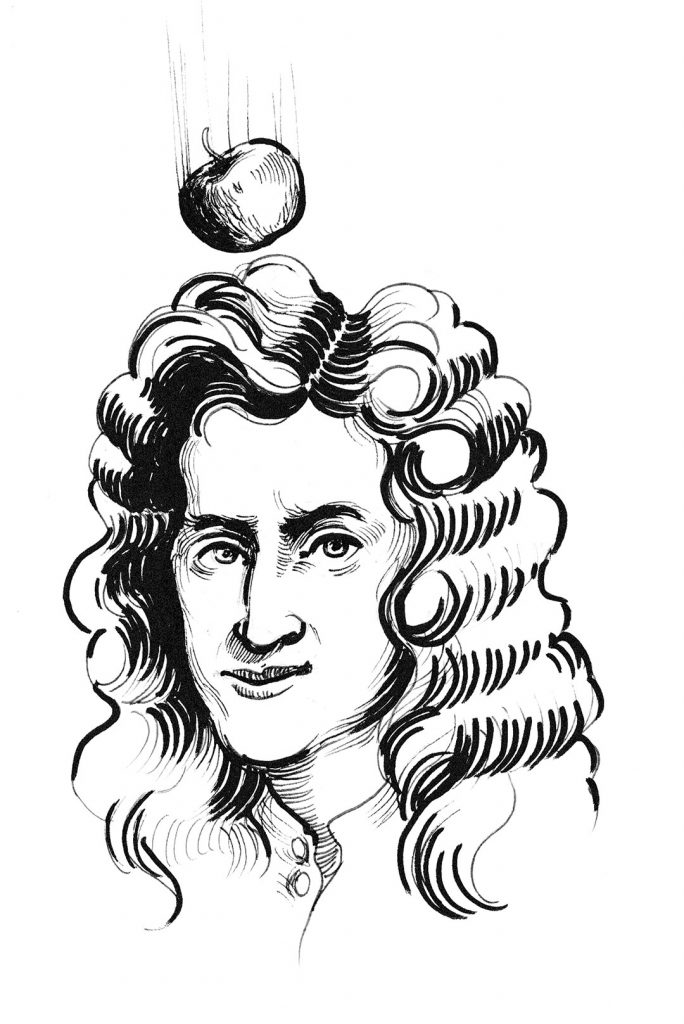 The name of the small cake made of fried dough and sugary topping, recognised worldwide, comes from the word “doughnut”, which means fried thread, and has its origins is Holland. However, the first “donut” with a ‘hole’ was created by the American Hanson Gregory in 1847, while traveling on a ship at age 16. He decided to use a pepper bottle to make a hole in the middle of a small cake of cereal, flour and water, and from then on taught the technique to his mother. This became so popular in the United States that nowadays a bronze plaque marks the house where Gregory lived in Rockport, Maine. 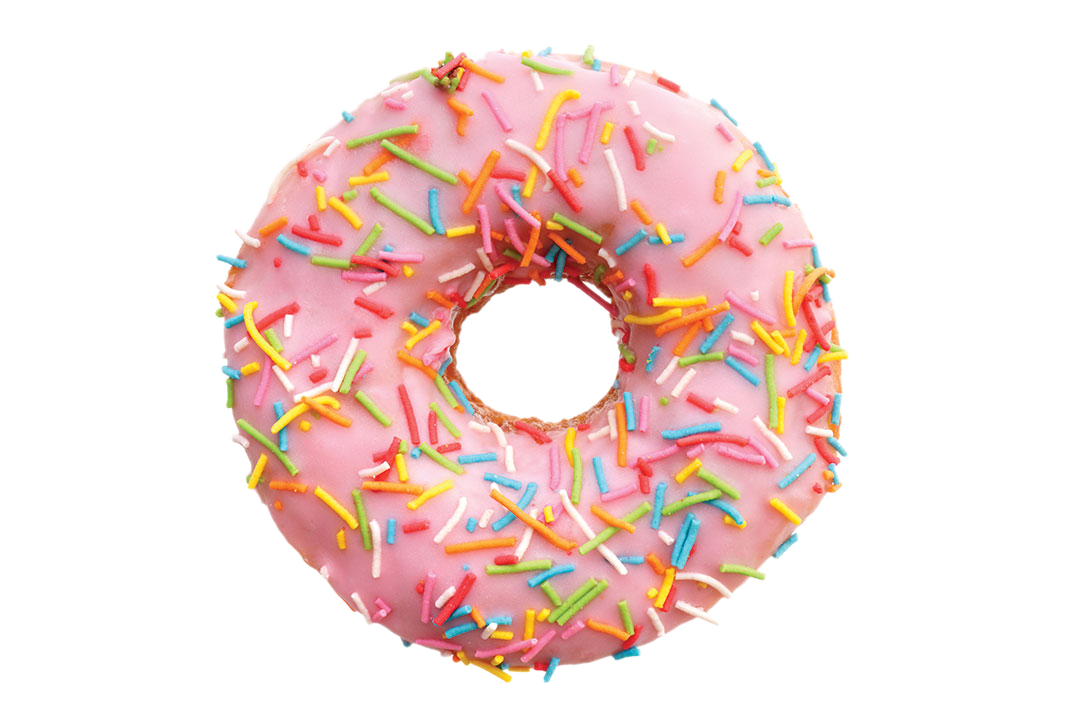 The German August Kekulé (1829) was a prominent chemist who developed the structure of benzene… in a dream! During a blank, he decided to lean back in his chair and doze off. He began by seeing the atoms dancing once again, but now “smaller groups kept modestly in the background,” he said. At first, Kekulé saw “long rows sometimes more closely fitted together all twining and twisting in snake-like motion”. And suddenly “one of the snakes had seized hold of its own tail, and the form whirled mockingly before my eyes”. He woke up abruptly and, with this vision still fresh, worked true the night on the consequences of this hypothesis. “Let us learn to dream, gentlemen, and then perhaps we should learn the truth,” he said about his discovery. 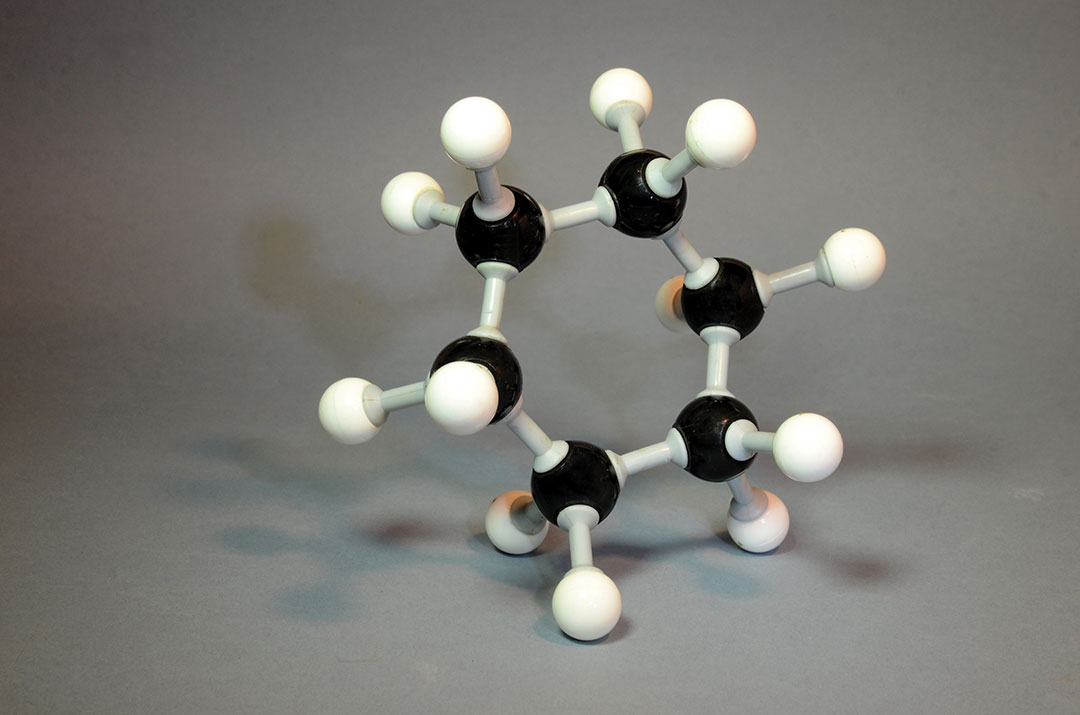 Who would imagine that the formula of the benzene molecule would be invented during a dream?

The idea for this product, recognised by its safe and quick grip, came to the Swiss engineer George de Mestral after a hunting trip in 1941, while removing the thistles that had been attached to his clothes and his dog’s hair. Curious to see how the plant clung so firmly, the inventor studied it under a microscope and discovered that this was due to interlaced filaments that ended in small hooks. Mestral took 10 years to reproduce this process of nature and four years later was granted the patent for Velcro, whose name is inspired by the French words velours (velvet) and crochet (hook). 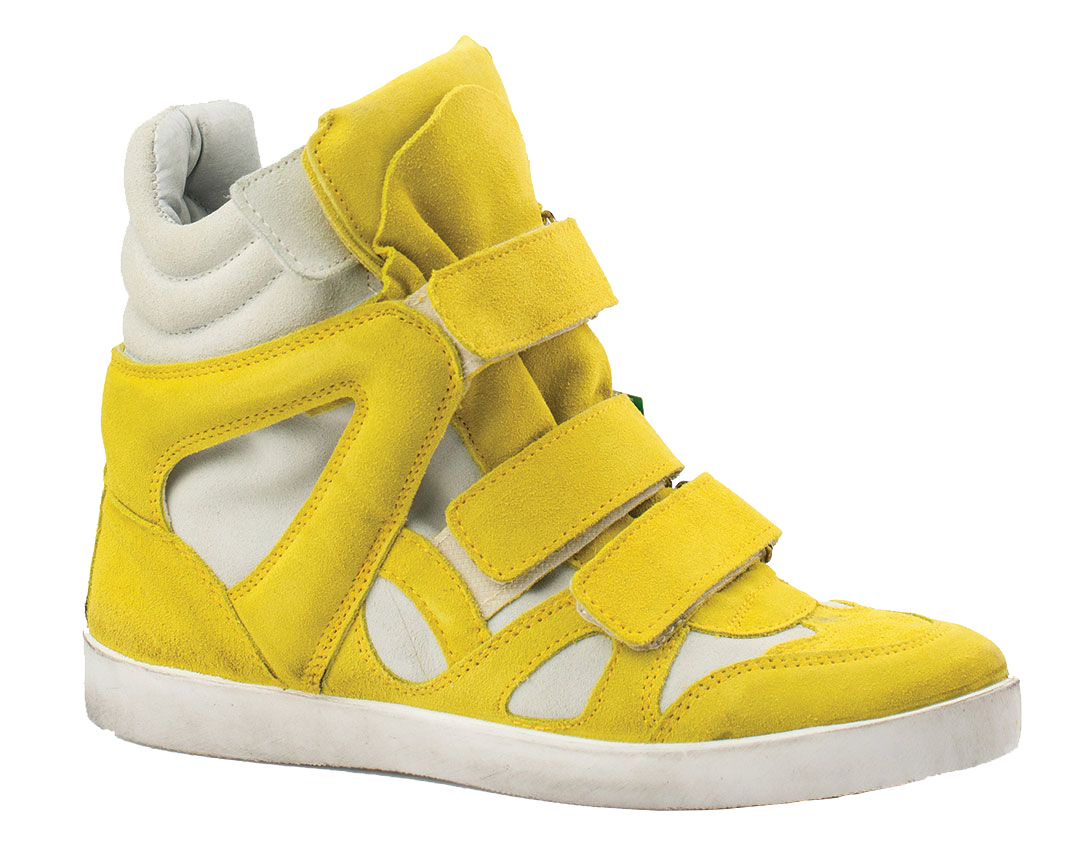 Thanks to its adhesive power, Velcro has endless applications, especially in what comes to child footwear.

After a dinner with friends, Hurley and Chen were faced with the difficulty of sharing with everyone present the videos they had recorded. Together with Jawed, who worked with them at PayPal as well, they decided to solve the problem by creating a video sharing site. This took place in February 2005, in a garage in San Francisco, and the first upload – the video “Me at the Zoo” – was made on April 23rd. In November of the same year YouTube was officially founded, with headquarters above a pizza place in the city of San Mateo. 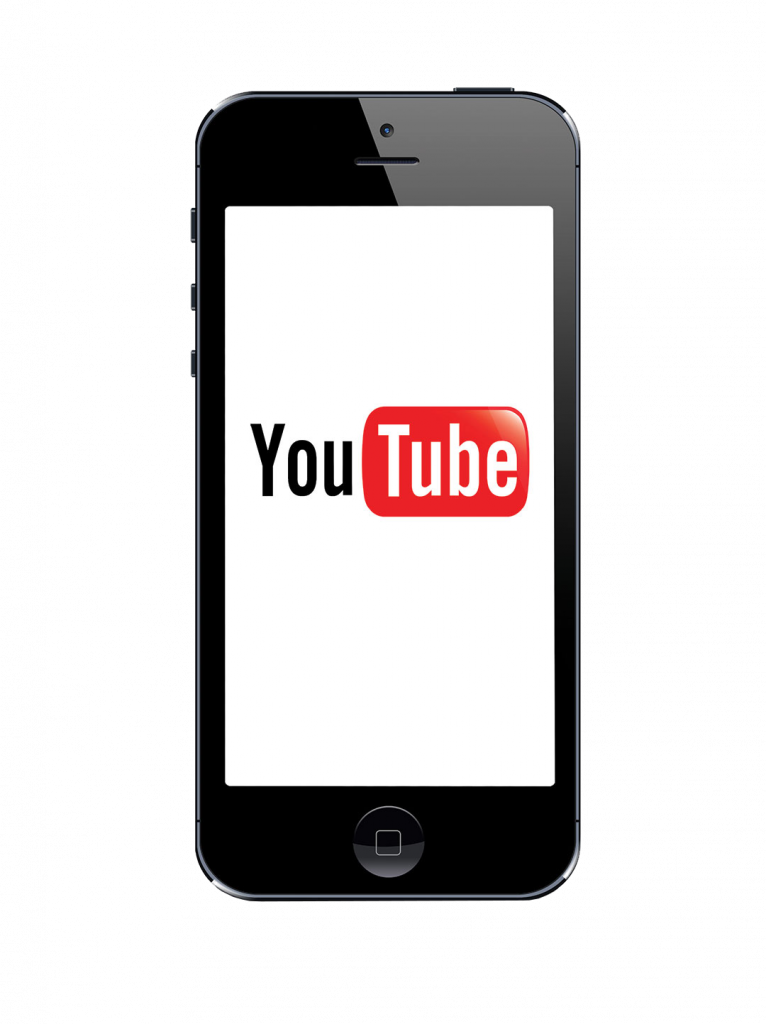 If the Scot Alexander Fleming had not gone on holiday, he would never have realised that one of the containers of his experiments was full of fungi. And he would therefore not see that these fungi would be able to eliminate the cultures of bacteria that he had left in the containers. A few years after proving that the penicillium mould destroyed bacteria, the specialist in bacteriology said: “When I woke up shortly after the dawn of September 28, 1928, I did not think I would revolutionise medicine by discovering the first antibiotic, or bacteria killer, in the world. But I think that’s what I did.” This chance event in the discovery of penicillin was consecrated in 1945 with the Nobel Prize in Medicine, a prize that was also extended to all the scientists who developed Fleming’s work. 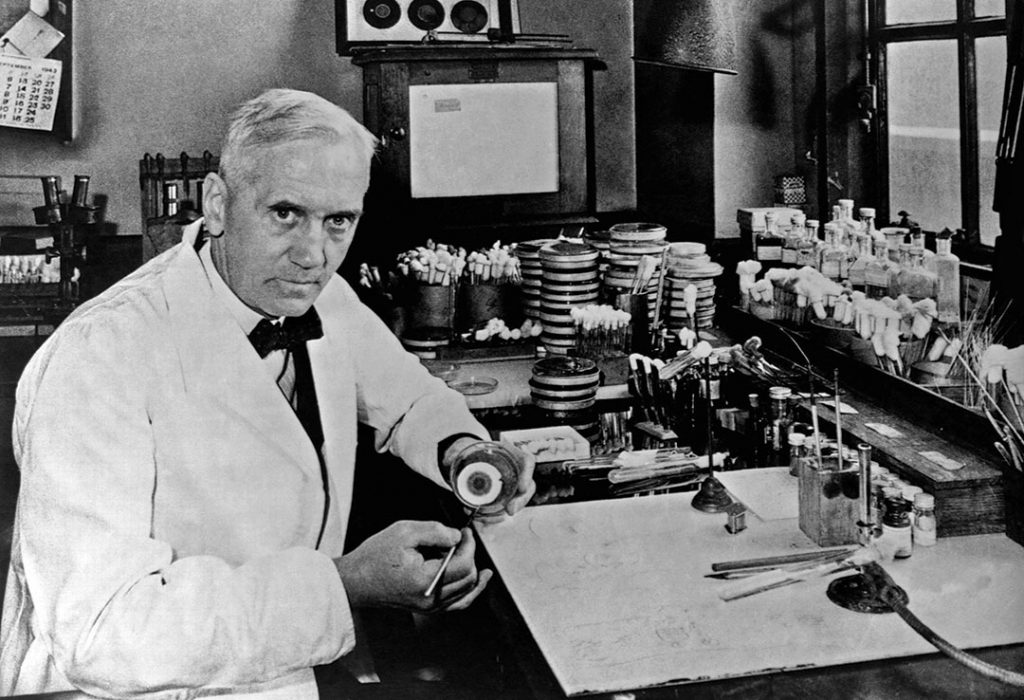 If they had not taken a break from the lab work to have a snack, scientists Ira Remsen and Constantin Fahlberg of John Hopkins University would never have discovered saccharin in 1879. Following the moment of relaxation, Fahlberg was distracted and forgot to wash his hands, noticing that these had been left with a strange, sweet taste. This was the origin of saccharin, nowadays used in artificial sweeteners and low-calorie soft drinks. 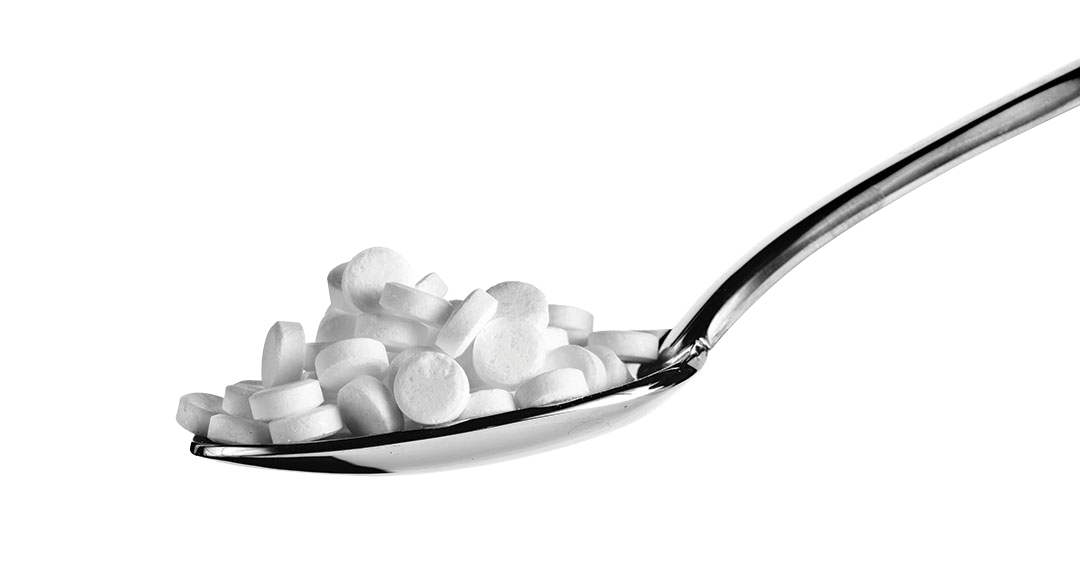 Saccharin is used in artificial sweeteners.