The Mezze restaurant is a project from “Pão a Pão”, a non-profit organization created by three Portuguese and one college student from Syria to help refugees. Its launch was supported by the Jerónimo Martins group, through the Recheio cash&carry. 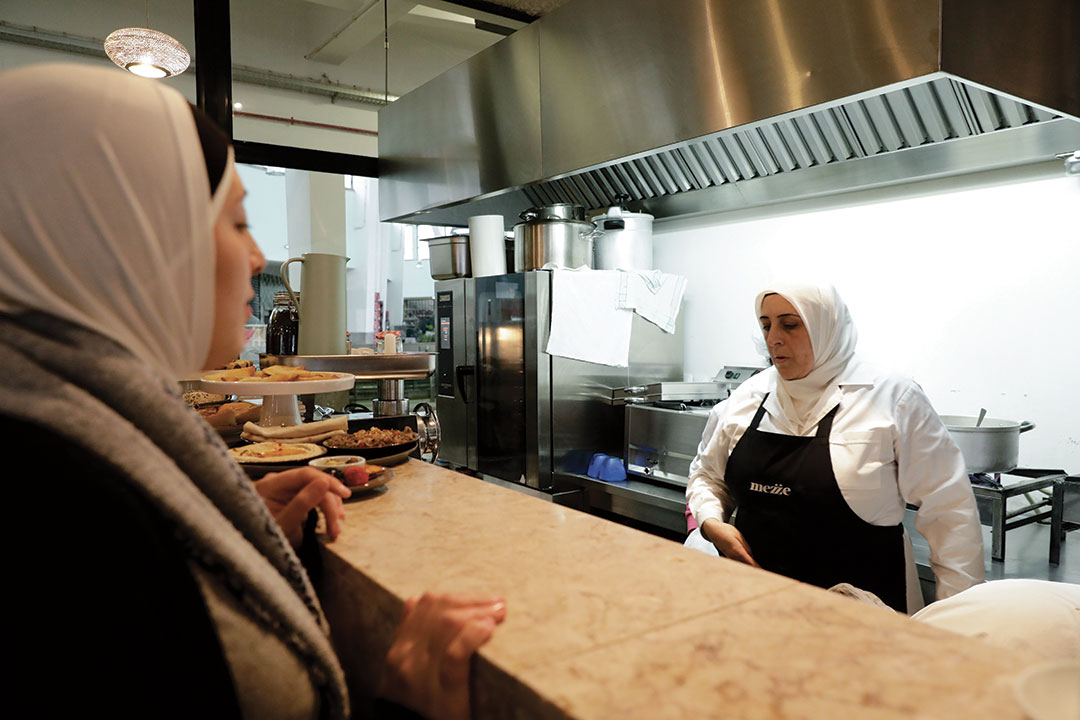 Being social inclusion and employability one of the pillars of Jerónimo Martins Group’s responsibility strategy, the Group partnered with this project through Recheio. The support was given in foodstuffs in an annual amount of 18 thousand euros. The restaurant is an initiative of Pão a Pão, a non-profit organization created by three Portuguese and one college student from Syria to help refugees. Its name means “Bread by Bread” – inspired by the Portuguese saying “Grão a Grão” (“Grain by Grain,” which has a similar meaning to the expression “step by step”).

Actually, the association was originally created with the intention of opening a bakery, since its start was motivated by something simpler – the desire for Syrian bread. Mezze is the result of a fundraising drive for the renovation of a former butcher’s shop in market Mercado de Arroios, in Lisbon, which raised 23,000 euros ($27,000). The place opened its doors in September 2017. It serves such classic Syrian dishes as kibbeh (fried balls made of bulgur, minced meat and walnuts), kabseh (rice with vegetables and chicken) and baba ganoush.