The invention of a plastic-based society changed our lives forever, by altering the way we package, eat, travel and dress, but that revolution has come at a cost. Turning off the plastic tap in order to save our planet calls for a collaborative global effort and the race is already underway. 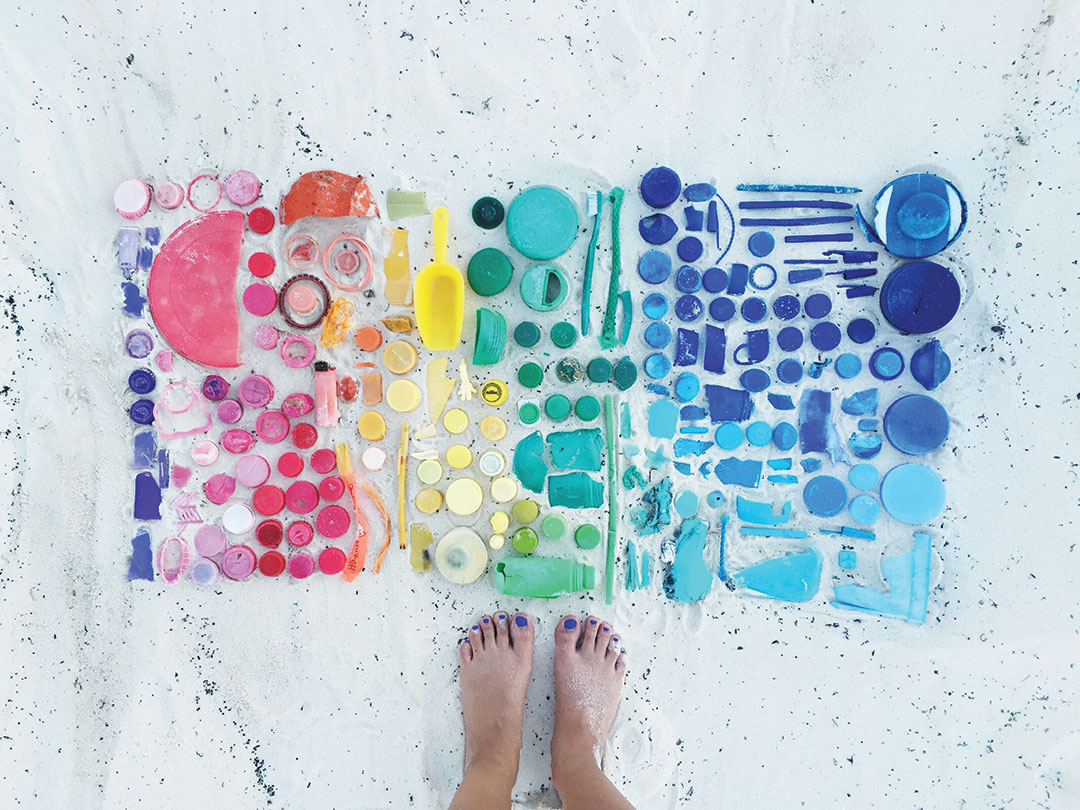 From Life-Saving Miracle to Scourge

Strong, waterproof, lightweight, malleable, cheap. Plastics are used in thousands of products that add comfort, convenience and safety to all aspects of our everyday lives. They are everywhere: from clothing to electronics, from transport vehicles to cleaning products. Having revolutionized the way we package, eat, travel and dress, plastic made progress possible by democratising the access to many products in industry and goods. Many things that we take for granted today rely on it: milk, for instance, is no longer delivered in glass bottles, making it safer to transport, with less losses and a reduced carbon footprint associated with transport (less cargo weight and/or more units transported by the same lorry).

Still, the way plastics are produced, used and discarded often fails to get the economic benefits of a circular approach, harming the environment. 8 million tonnes of plastic litter flow into the ocean each year, the equivalent of five grocery bags of plastic trash sitting on every foot of coastline around the world. Plastic waste is impacting our planet’s biodiversity, damaging the ecosystems upon which all form of life on Earth depends, and, ultimately, threatening human health on a global scale. As a result, in little more than a century, plastic has gone from being welcomed as a scientific wonder to being considered an environmental scourge. But, despite growing distrust, plastic is here to stay. The challenge is rather to optimise its design, usage and discarding options, namely through awareness raising initiatives. 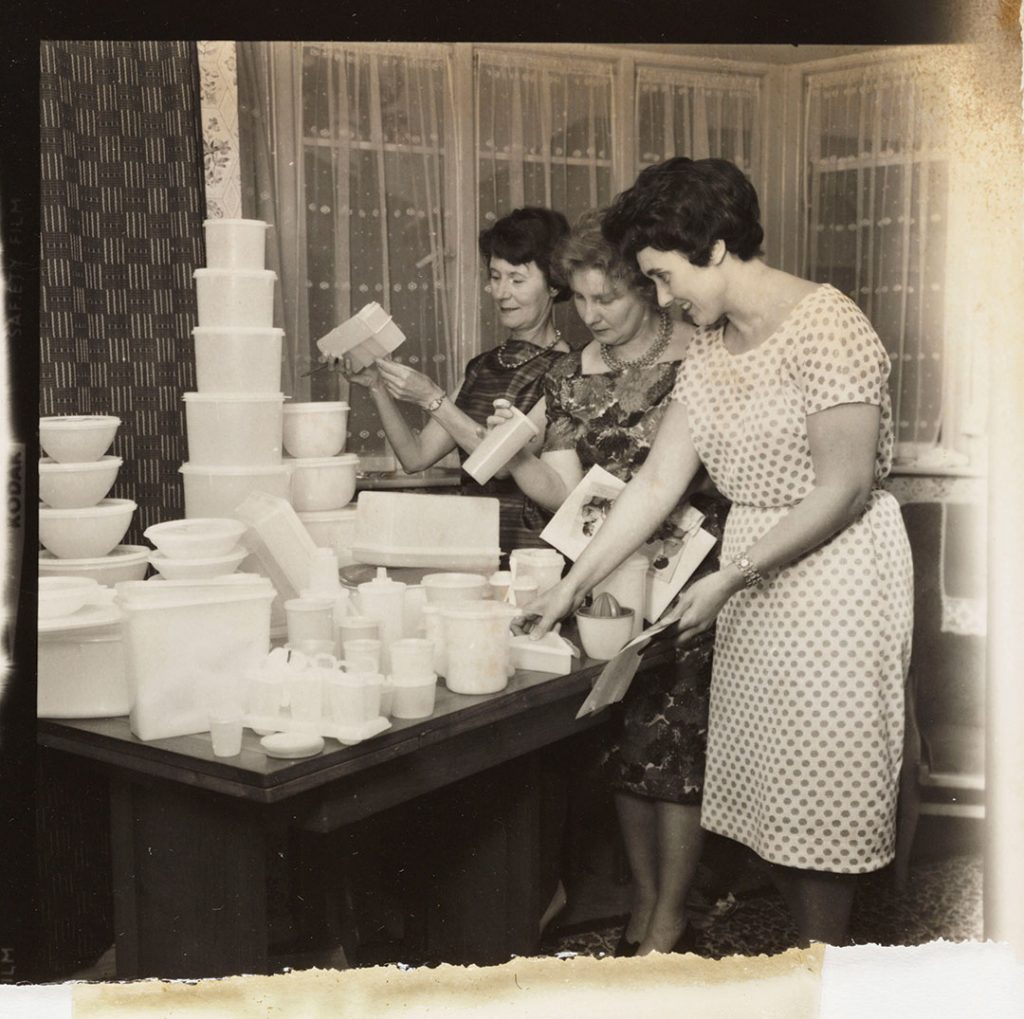 Tupperware Party, in the United Kingdom (1963). This kind of event was a way of marketing the product directly to women. Tupperware was developed by an American, Earl Tupper, in the mid-1940s, seven years after the discovery of polyethylene.

The history of plastic dates back to 1862, when Alexander Parkes patented Parkesine. The first man-made plastic derived from organic cellulose was presented at the Great International Exhibition in London, England. Parkesine could be heated and molded into objects that would retain their shape when cooled. The first synthetic polymer was invented in 1869 by John Wesley Hyatt, when challenged by a New York firm’s offer of $10,000 for anyone who could provide a substitute for ivory (obtained through the slaughter of wild elephants). By treating cellulose with camphor, Hyatt discovered a plastic able to imitate not only ivory, but also natural substances like tortoiseshell, horn or linen.

Then, in 1907, Leo Baekeland invented the first fully synthetic plastic, Bakelite. “The material of a thousand uses” was a synthetic substitute for shellac, a natural electrical insulator, ideally suited for mechanical mass production, meeting the needs of the rapidly electrifying United States. Due to the need of preserving natural raw materials during times of shortage, the production of synthetic alternatives has then turned into a priority. That led to the invention of nylon, used during World War II for parachutes, ropes, body armor or helmet liners, and plexiglass, an alternative to glass for aircraft windows.

The great expansion of the plastics industry continued after the conflict ended, as the economy recovered, since much of what people bought was made of plastic. However, the days of optimism concerning plastics were numbered. In the early 1960s, Americans became increasingly aware of environmental issues, when plastic pollution in the ocean was first reported.

Plastic’s original problem has always been the disconnection between its characteristics and its lifecycle. Simply put, while so many plastic products are disposable, plastic lasts forever in the environment. Since 1950, plastics’ aggregate output has exceeded 9 thousand million tonnes, weighing as much as 1,600 Giza pyramids.

Nearly half of all plastic ever manufactured has been made since 2000, and the lion’s share of that – 29% – is made in China, home to 18% of the world’s population. 40% of plastic produced is packaging, used just once and then discarded. According to the Ellen Macarthur Foundation, a global thought leader which is establishing the circular economy on the agenda of decision-makers across business, government and academia, “78 million tonnes of plastic packaging were produced in the world every year, of which 32% leaks into the environment, 14% is incinerated and only 14% is collected for recycling. Of that, only 2% gets recycled into the same quality of plastic.” The good news is 50% of plastic could be redesigned to be profitably recycled. 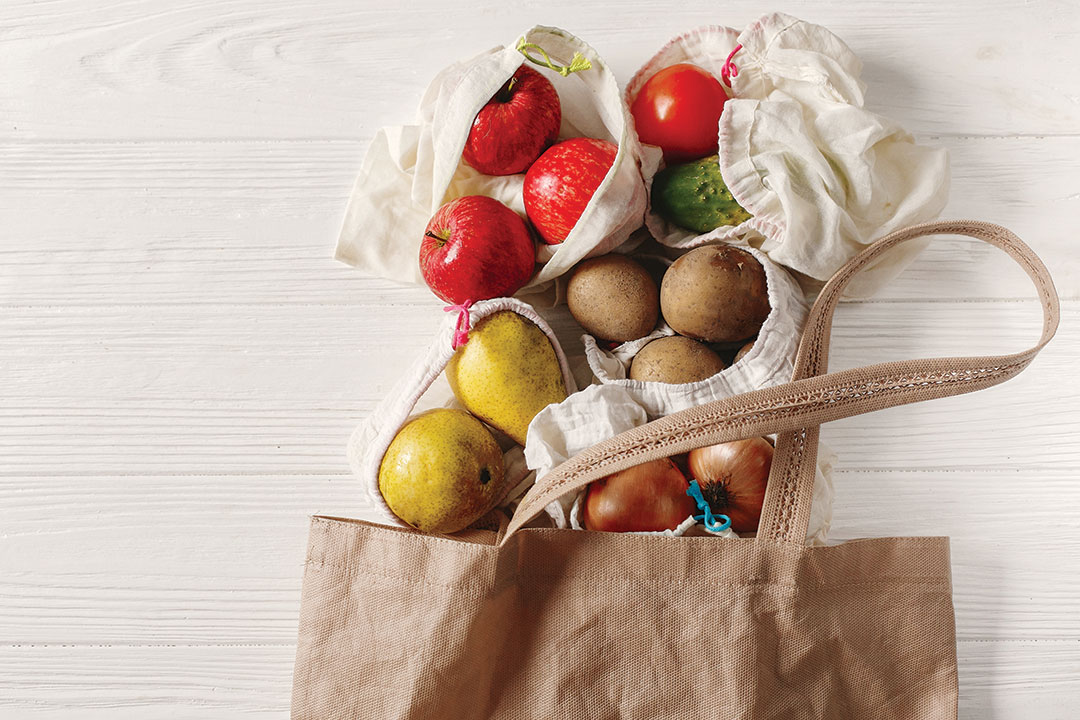 Lightweight single-use items are another key problem, considering they make up over 70% of marine litter, together with lost and abandoned fishing gear. In a bid to mitigate it, the European Parliament has recently voted for a complete ban on plastic items such as cotton buds, straws, plates and cutlery (with exemptions until 2023), beverage stirrers, balloon sticks, oxo-degradable plastics and expanded polystyrene food containers and cups, from the European Union market by 2021. 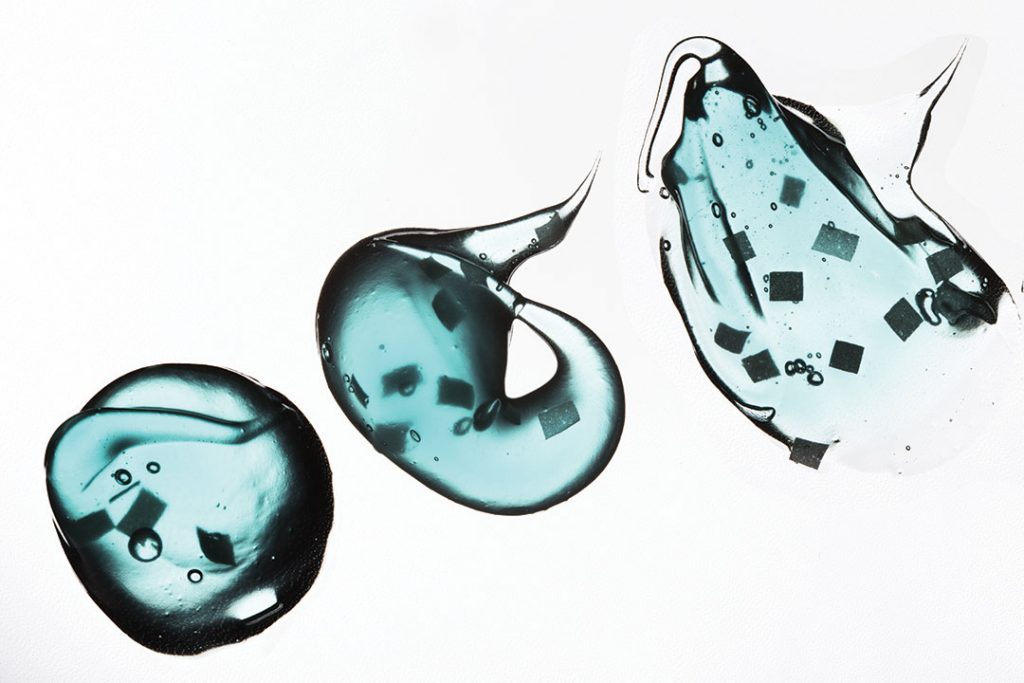 Microbeads
These tiny plastic fragments are used as bulking agents or abrasives in personal care products, such as toothpaste.

Plastics end up in the ocean by several reasons: waste mismanagement, intentional or accidental dumping and littering on shorelines or at sea, or stormwater runoff. They come in all shapes and sizes. Those that are less than five millimeters in length are called “microplastics”. While some are the result of larger pieces of plastic breaking down into smaller ones, when plastic residues are exposed to sunlight and begin to wither and fragment, others are intentionally designed to be small. Examples include microbeads used in cosmetics and personal care products, industrial scrubbers used for abrasive blast cleaning, microfibers used in textiles, and virgin resin pellets used in plastic manufacturing processes.

As stated by the United Nations Environment Programme, plastic microbeads first appeared in personal care products about 50 years ago, replacing natural ingredients. However, as recently as 2012, this issue was still relatively unknown. These sesame seed-sized particles easily pass through water filtration systems and enter the ocean and other water streams, where aquatic animals often mistake them for food. A major problem with these bits of plastic is that they are often too small for wastewater treatment plants to filter out, which means traces of plastic even contaminate drinking water.

Last September, the European Parliament embraced the environment commission’s report entitled “Turning Plastic Wastelands into Fields of Gold”. The report advocates a ban on microplastics intentionally added to products, “such as for cosmetics and cleaning products and for which viable alternatives are available. The recent introduction of legislation that bans the use of plastic micro-beads in rinse-off cosmetic products in some states, for example the United Kingdom, prove that this is possible.” Those include: toothpastes, body scrubs, shower gels, shampoos and conditioners.

In the United States, the manufacturing, packaging, and distribution of rinse-off cosmetics containing plastic microbeads had already been prohibited in 2015, when the American Congress passed the Microbead-Free Waters Act. 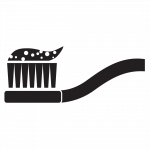 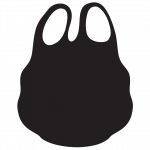 WHAT IF MICROPLASTICS WERE PLASTIC BAGS?

The release of 1.53 million tonnes per year of primary microplastics, plastics intentionally designed to be small, corresponds to an average release of 212 grams/year per capita. This means 43 light plastic grocery bags are thrown into the world’s oceans per person. The number goes from 22 equivalent grocery bags per capita in Africa and the Middle East to 150 bags in North America every year – a seven-fold difference.

If the World is Round, Economy should be Circular
Drowning in Garbage
Where are the Opportunities and Challenges?
Plastic is Fantastic! Pollution isn’t!
Food Waste