Born in 1813, Hipolit Cegielski was a pioneer and one of the best-known industrialists in West Central Poland. Polish economic historian Jakub Lorenc portrays the life of this man who started out as a language teacher. 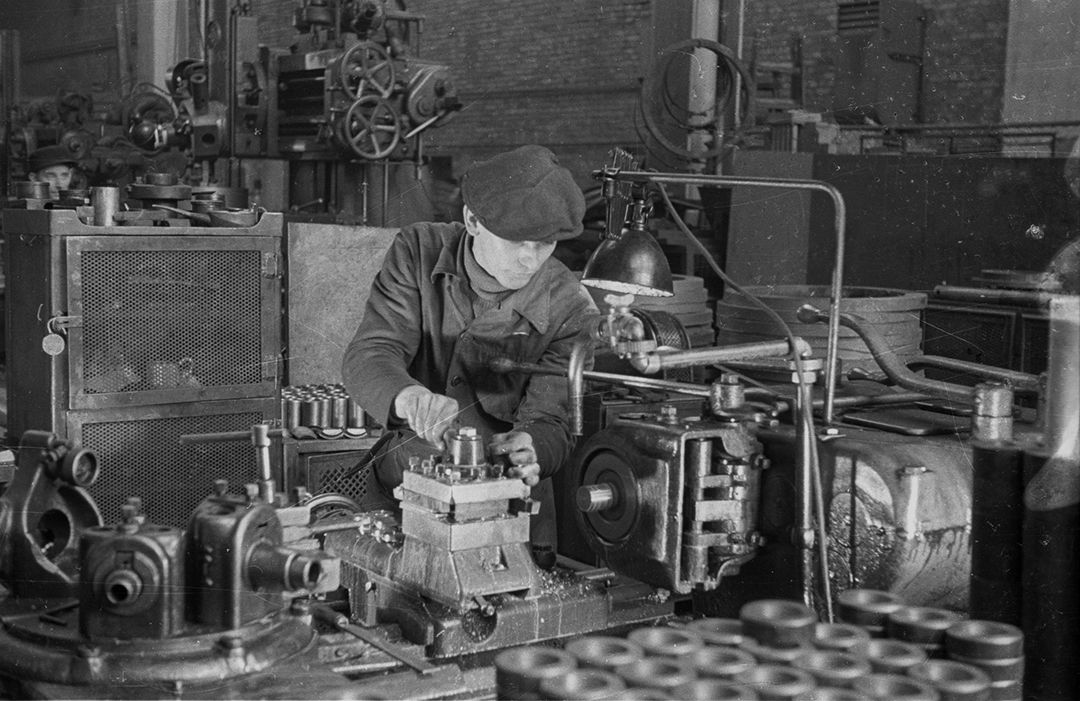 The industrial revolution in the first half of the 19th century changed the world. Changes brought on by the mechanisation of production processes were not limited to the economy – they applied to almost every aspect of life, effected social change and changed mindsets, culture and politics. This revolution also took place on Polish soil. In 1795, the Polish-Lithuanian Commonwealth vanished from the map of Europe and its land was divided between the neighbouring powers – Russia, Austria and Prussia.

Throughout the 19th century, this situation, combined with changes imposed by the invading powers, was the key factor affecting the pace of and opportunities for economic growth. Poles entered the era of the most intensive industrialisation without sovereignty over their nation and in stark contrast with the countries ruling the land they were living on. This resulted mainly from the invading powers’ unfavourable position towards Poles – their policies were designed to stunt culture, and also economic growth.

The activists operating in each annexed territory faced many challenges, often difficult to predict. Hipolit Cegielski was one of them. In either 1813 or 1815, he was born to a landed gentry family in Wielkopolska – the territory seized by Prussia. His mother died when he was still a child, and his father lost a significant chunk of his wealth through bankruptcy. 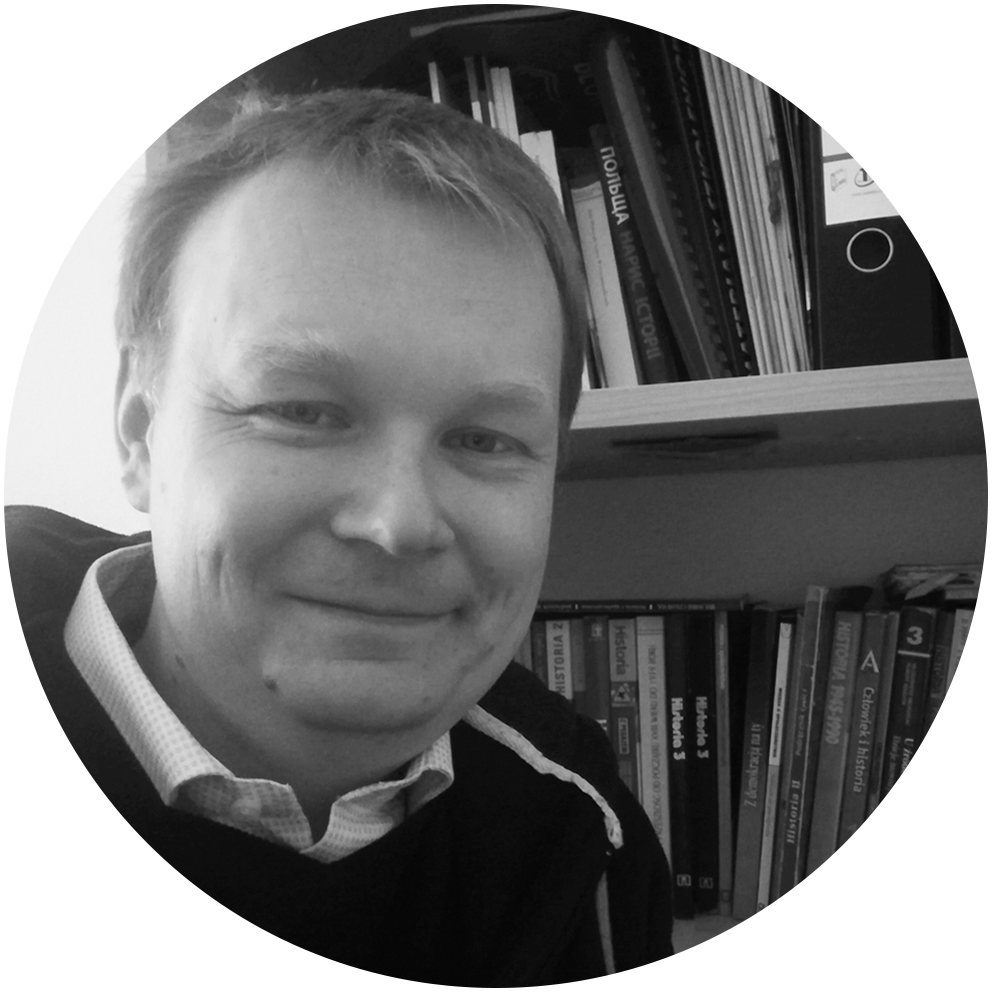 AN ECONOMIC HISTORIAN SPECIALISED IN SOCIOECONOMIC HISTORY AND ALSO IN HISTORICAL EDUCATION. SINCE 2019, HE HAS BEEN WORKING ON MODERN FORMS OF TEACHER TRAINING AT THE UNIVERSITY OF WARSAW.

These two events shaped Hipolit’s extraordinary independence and drive to achieve the goals he set for himself. He chose an academic path rather than follow in his father’s footsteps and settle on the land. He completed his studies in Berlin, defended his PhD in Philosophy and, on his return to Wielkopolska, he became a teacher of the Polish, Greek and Latin languages. In addition to his work with young people, he also devoted his time to research. His teaching and research career was promising, but it was brought to a halt in 1846 by an unsuccessful anti-Prussian uprising in Wielkopolska.

The rebellion was not just about the rebirth of the Polish state, but first and foremost, about the birth of a state governed by principles of democracy. These ideals, clearly anti-Prussian, were readily embraced by the youth, who were subsequently subjected to infiltration by Prussian police. Cegielski refused to agree to have the homes of his students searched. He lost his job and, with it, his livelihood. For the second time in his life, Cegielski had to set himself new goals.

He took advantage of the economic changes and the favourable environment for new enterprises and so he decided to try his hand at manufacturing. The desire to improve his financial situation put him on the path of industrial development in Wielkopolska. The territory was essentially farming country, which was one of the reasons why Cegielski opened a store selling iron farm tools (1846).

It did not take long for the shop to become a workshop, then a small factory and, finally, a large, modern agricultural machinery plant. In 1860, Cegielski’s factory started making traction engines, the predecessors of tractors and locomotives. He soon became a public figure known for his determination and drive to succeed and one of the best-known industrialists in Wielkopolska.

Hipolit Cegielski soon became a public figure known for his determination and drive to succeed and one of the best-known industrialists in West Central Poland.

His determination to succeed was also clear in another area of Hipolit Cegielski’s work: his support for social organisations in Wielkopolska. He wanted to base the anti-Prussian resistance not on armed struggle and uprisings with their high human cost, but on the grassroots focused on developing agriculture, industry and education. It was hoped that intellectually and economically independent Poles in Wielkopolska would be able to resist the Prussian attempts to restrict their independence.

This is why Cegielski founded the Scientific Assistance Society of the Grand Duchy of Poznań and was an active member of it. The society provided financial support for young people pursuing education in Wielkopolska. Cegielski also founded the Poznań Society for the Advancement of Arts and Sciences (focused on developing education in Wielkopolska) and the Central Economic Society for the Grand Duchy of Poznań (promoting modern farming methods amongst the Polish population of Wielkopolska).

It is worth mentioning that Cegielski was also behind the propagation of the cooperative movement in Wielkopolska and the creation of cooperatives distributing goods produced by their members. Today, this tradition is still continued by businesses operating in the region but now reaches far beyond its borders (for example, Biedronka). When Cegielski died in 1868, he was far from imagining that, thanks to his determination, he would one day be recognised as one of the pioneers of Polish industry, a role model, and that the factory he opened would still be operating more than 150 years later.

A History of Willpower
Eternal Will
Antonio Fuentes, the Promoter of Colombian Tropical Music
Aurélia de Sousa, between Willingness and Possibility
The New Silver Age in Poland