30 Nov Message in a Poster

Message in a Poster

Regarded as one of the Colombia’s most important conceptualists, Antonio Caro used unconventional forms of art to encourage sociopolitical and cultural reflection. His most famous work (now considered a classic), is the “Colombia” series, a protest against rampant consumerism and globalisation. 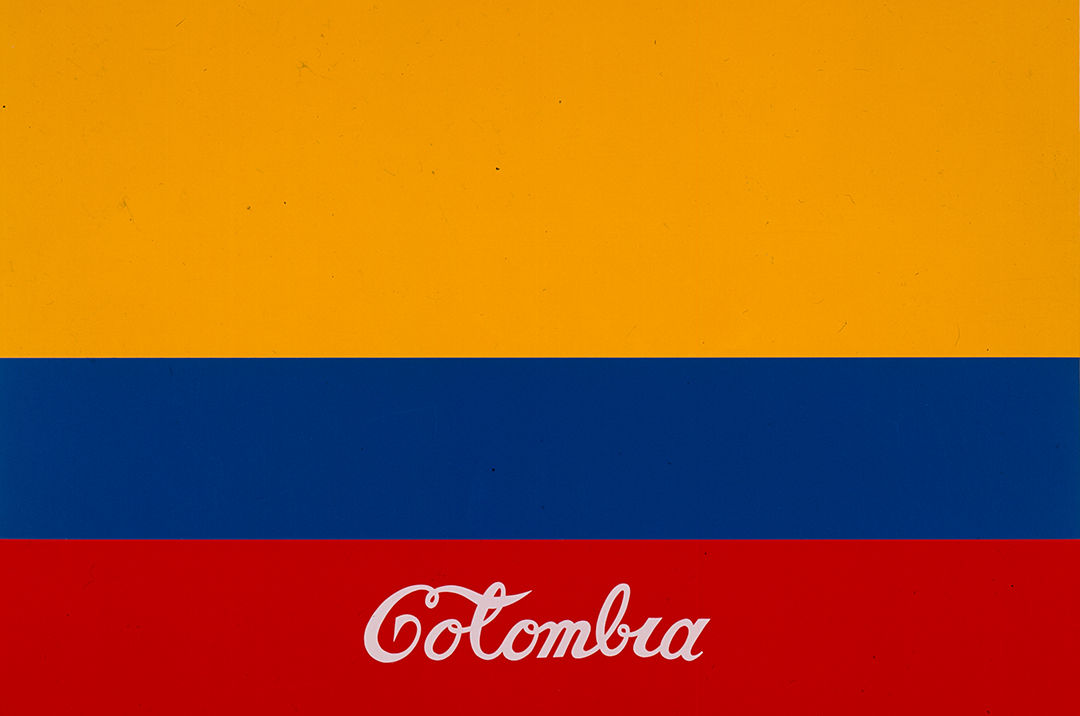 “I have this wonderful notion that creativity was the driving force behind the development of humanity. That it became twisted along the way is not the fault of creativity.” For almost half a century, Antonio Caro’s creativity made him a household name in Latin American art and he was undoubtedly one of its most daring and brilliant artists. Widely recognised for his superb ability to exploit the visual potential of words, he used unconventional forms of art to convey his message and encourage sociopolitical and cultural reflection.

Caro exploded onto the international scene in 1970, when he was still studying at the Universidad Nacional de Colombia’s School of Fine Arts and participated in the XXI Salón Nacional de Artistas with his work entitled “La Cabeza de Lleras” (Lleras’ Head). It was a salt bust of President Carlos Lleras Restrepo, who had left office the previous year, encased in a glass container.

At the inauguration, the artist poured water over the bust to dissolve it and ended up flooding the exhibition space. The next day art critic Alegre Levy wrote in newspaper El Tiempo “Se inundó el salón” (He flooded the hall!), thrusting Caro into the national spotlight. 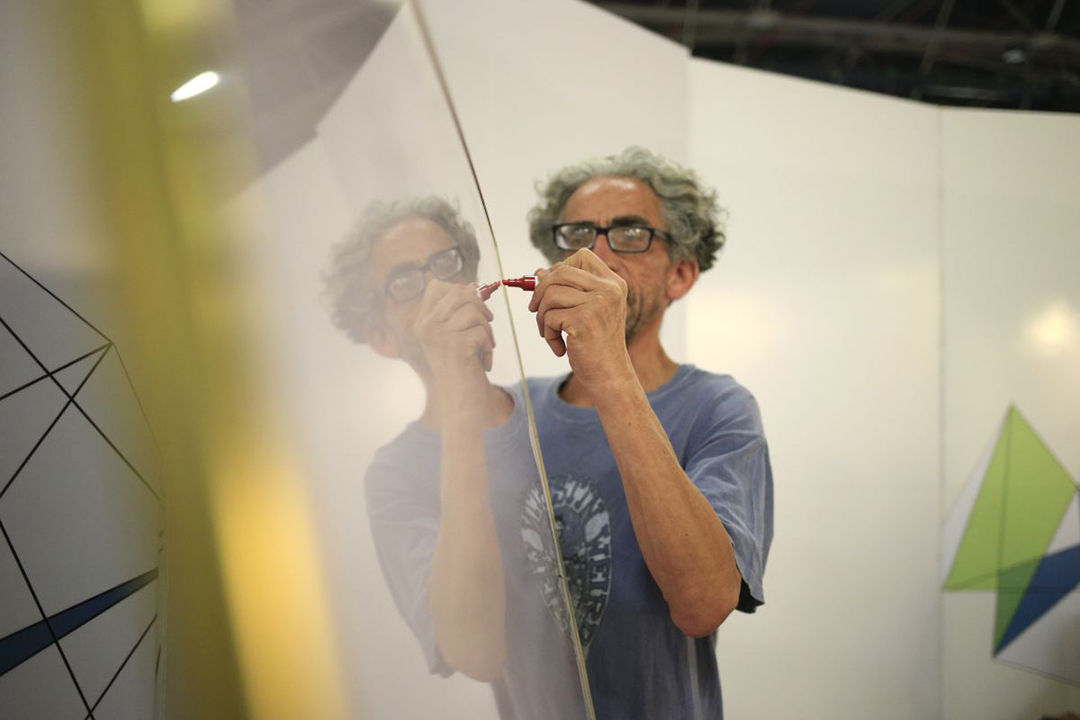 Born in Bogotá in 1950, Antonio Caro was accepted to the university with one of the highest admission scores on record; however, he never completed the course because he believed he would fare better making art rather than studying it: “They should never have accepted me. I’m blind and have no fine motor skills.” About his short-sightedness, he would also say that it helped him see reality better.

Together with Bernardo Salcedo (1939-2007), Antonio Caro was one of the fathers of the Colombian conceptual art movement: “He completed my education.” Just like his mentor, Antonio Caro was a creative artist at acclaimed advertising agency Leo Burnett. This experience would influence his most famous work, which is now considered a classic: the “Colombia” series.

Inspired by the design of the Marlboro cigarette brand (1973) and later the Coca-Cola logo (1976), the artist wrote the name of his country using the same style in protest against rampant consumerism and the erosion of national identity caused by globalisation. 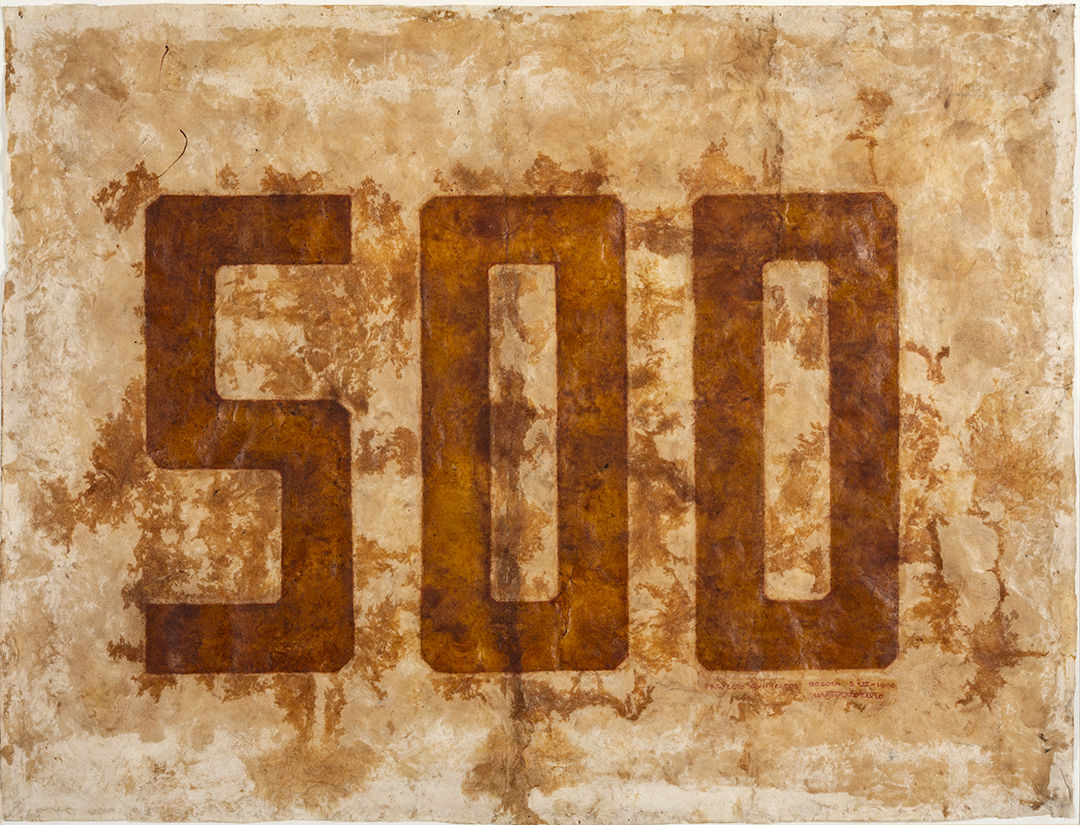 The series catapulted his career to the point where t-shirts emblazoned with his work were being sold and it was even exhibited in places such as the Pompidou Centre in Paris. Antonio Caro believed that “his training took place between the iconic Lleras head and the Colombia series: “I’m not saying that I’m self-taught, because the only self-taught person I know is Robinson Crusoe.” In 1978, the “Todo Está Muy Caro” (Everything is very “Caro”/expensive) series, another of his most famous works, is a play on words using his surname and a popular phrase used when talking about the economy (“caro” means “expensive” in English).

Caro used media more commonly associated with mass communication rather than traditional artforms: posters, lectures, engravings and installations. He also used indigenous materials and techniques, such as salt and achiote tempera, and found inspiration for a symbol in corn, a traditional crop cultivated throughout South America. In 1999, his work was included in the “Global Conceptualism: Points of Origin, 1950- 1980” exhibition at the Queens Museum of Art in New York. Co-curator of the exhibit, Uruguayan Luis Camnitzer, referred to Caro as a “visual guerrilla”, underscoring his uncanny ability to use his own poetic potential to subtly encourage open criticism. 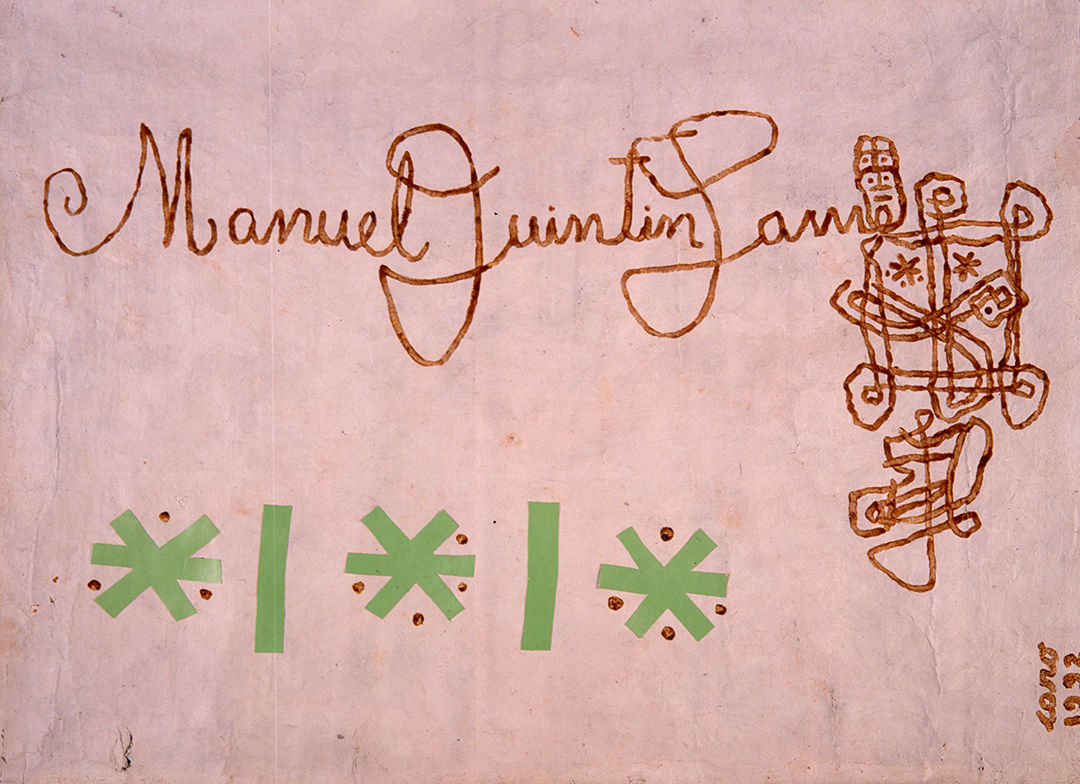 His last performance was Jabón Bendito Jabón (Soap Blessed Soap), at the Casas Riegner Gallery; a tribute to “the new philosopher’s stone” in pandemic times: soap. He made a silkscreen with the blue of the laundry soap and added a caption with the name of the performance, written on a showcase. Outside, with soap and a hose, he invited everyone to shake his hand. Also in 2020, Caro participated in Mambo de Voz a Voz (Voice Mambo), a joint project by the Bogotá Museum of Modern Art and newspaper El Tiempo inviting artists to reflect on the virus.

“Yo con Yo” (Me, Myself and I) was the fruit of serious reflection on the present day marred by isolation and the vital role artists play in society: “Art is like a cog in the social wheel. Artists cannot function alone. We are part of a social world. And, when the wheel doesn’t turn, everything comes to a standstill!” Antonio Caro passed away on 29 March 2021, at San Ignacio Hospital, from heart failure. In his message of condolence, Colombian Minister for Culture Felipe Buitrago wrote that “Master Caro’s works dissect the cultural tensions that shape life in our country”. The National Museum boasts works such as “La bandera de Minería” (The mining flag) and “La firma de Quintín Lame” (Quintin Lame’s Signature) in its collection. The Colombia series has been on display in the “Ser y hacer” exhibit hall since August.

This article is part of the “Eternal Will” feature.