Colombia’s peace agreement earned global applause and a Nobel Peace Prize for the then president, Juan Manuel Santos. A third of the way into the deal’s 15-year time frame, María Ángela Holguín, former government minister of Foreign Affairs, reflects upon its progress. 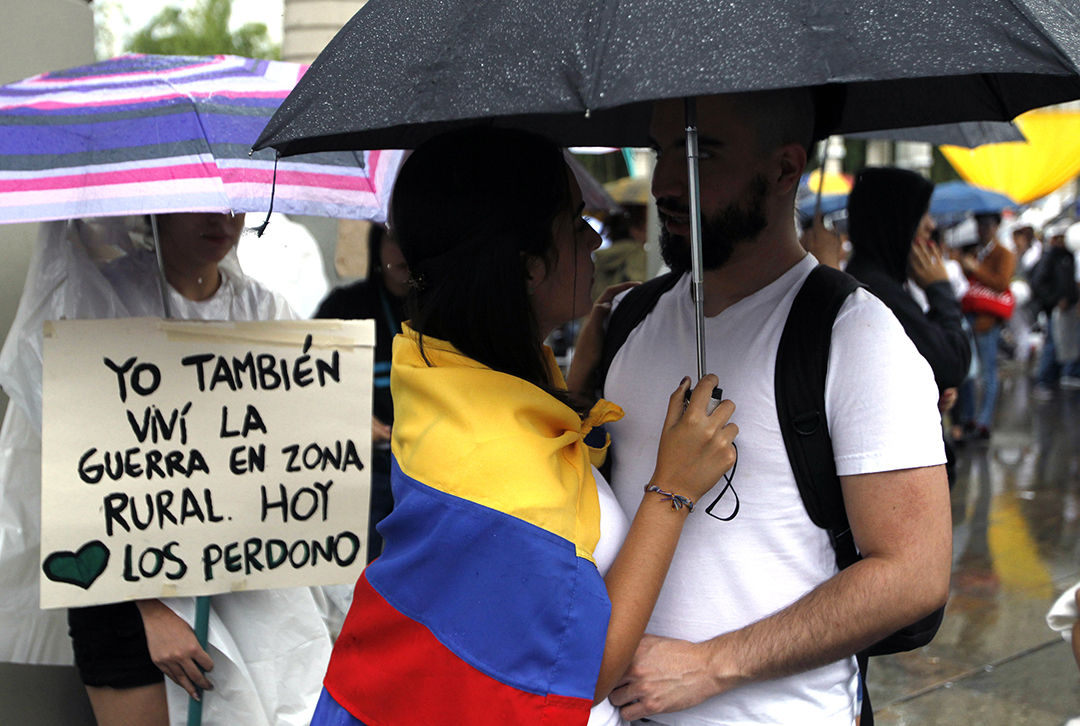 TURNING THE PAGE OF WAR

María Ángela Holguín was Colombia’s minister of Foreign Affairs in the government of President Juan Manuel Santos between 2010 and 2018, eight years during which the peace agreement with the FARC guerrillas was signed, putting an end to an armed conflict that had begun in 1961. Five years have passed since one of the most comprehensive and ambitious efforts to build a peaceful future for Colombia. María Ángela Holguín still believes that dialogue is the path to turn the page of war but recognises that wounds take time to heal. In this interview, she also discusses the current relationship between Colombia and Venezuela and its impact on the future of Latin America. 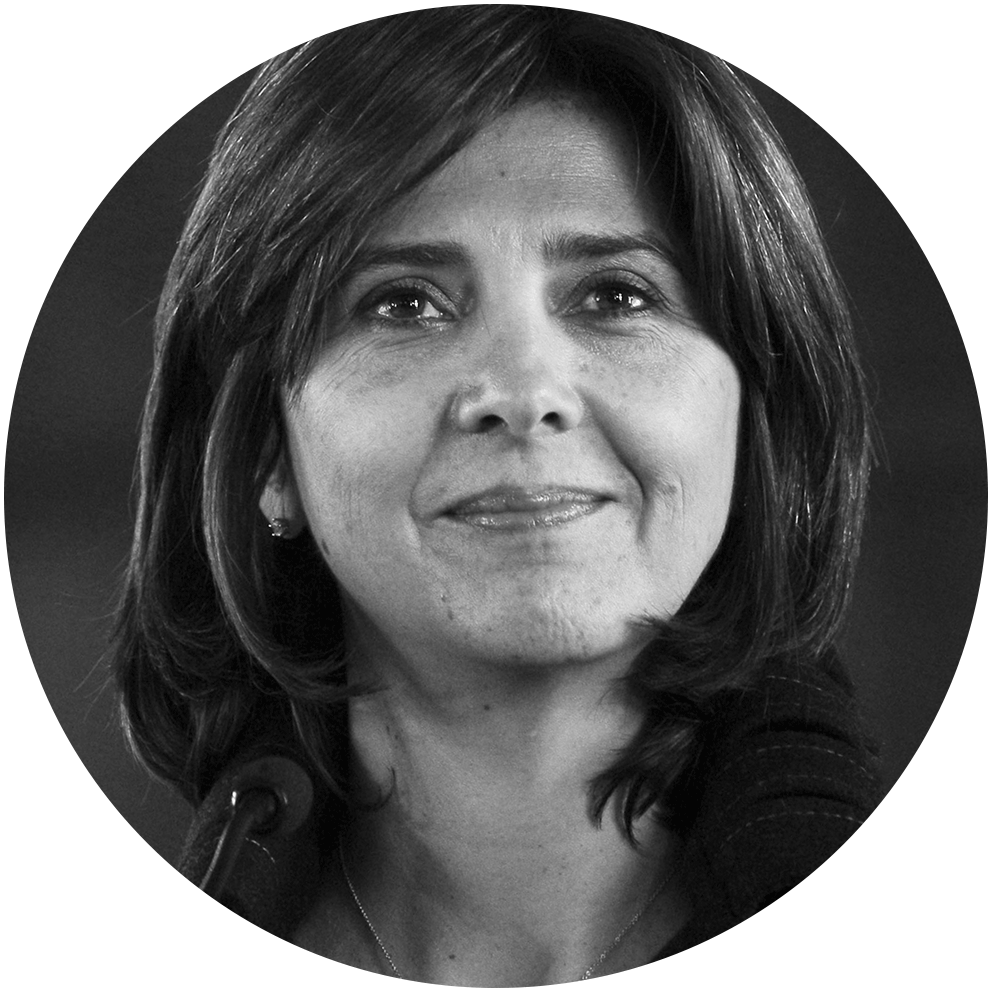 The peace process in Colombia, in which you were a very engaged and important agent, is a very eloquent example of that well-known saying: “Where there’s a will, there’s a way”. To which extent do you agree with this proverb?
The Peace Process in Colombia showed that agreements can be reached when wills meet, agreements that can change a country’s reality. Many attempts were made in Colombia to reach a peace agreement. For many decades different administrations tried to advance peace negotiations, but with no success. I would think that in these attempts the will of the FARC and that of the government did not meet, and neither did the sentiment of the Colombian people, whose feelings towards the FARC did not allow a negotiation to take place.

During the Santos administration both parties coincided in wanting to move forward for a number of reasons, the most important of which, without a doubt, was the President’s will to carry on a dialogue, putting his political capital on the line. As international negotiators have always said, making war is more popular than making peace. In Colombia, a large part of the country believed that the solution was total war against armed groups, while giving them no options for negotiation. The second reason is that the Colombian armed forces had been considerably strengthened through a tax called the “War Tax,” and through US support in the form of the Plan Colombia.

The army, air force, police and the rest of the country’s armed forces, began operating in tandem and significantly improving their intelligence work, which was essential to the successes they obtained. They managed to very successfully carry out important military operations. Because of this, the leaders of the FARC felt truly vulnerable, as they were personally being the target of successful military and police operations. Between 2007 and 2011 many operations took place in which members of the FARC leadership were killed, including the head of the organisation.

Another reason was support from the international community, especially other countries in the region, who insisted on Colombia’s having to make an effort to pacify the country, as the conflict’s repercussions were spreading to neighboring nations through drug trafficking, refugees and violence. It was will that took hold of that juncture, and the way was found, confirming the proverb.

“If the will is there, a society can cure wounds that seemed impossible to cure.”

Do you think that Colombia’s Peace Process can work as a source of inspiration and learning for other countries to find ways to heal deep wounds? Or is it too specific and singular?
I believe that the Peace Process has been an example of how resolution can be reached in internal conflicts even when they are decades old, as well as of how, if the will is there, a society can cure wounds that seemed impossible to cure. The model of transitional justice is unique in the world and shows that the goal was to move forward with forgiveness, and to look for a way out of decades of war. It is a model with truth as its center and priority, because truth can heal wounds.

Many victims want more than anything to understand why and how the events through which they lost their homes or loved ones transpired. Throughout this process we saw how victims, even when faced with their aggressors, were more ready to forgive than those who were personally exempt from the horrors of the conflict. With the statute of the International Criminal Court currently in force, war crimes and crimes against humanity cannot be subject to amnesty, which means the guilty must pay for them, a point which is not excluded from the Transitional Justice.

Those responsible must spend years with their freedoms restricted, which also helps the victims feel like there is justice. It was not easy to have the FARC accept to give up their arms and submit themselves to this tribunal, knowing that their leadership would be deprived of liberty. Wounds take time to heal, but agreements are the only appropriate treatment. In Colombia there are still some years left to show this healing, the Agreement has a 15-year horizon for its implementation, of which only five have passed.

Despite the mistakes that were made in the process, such as not properly communicating the content of the agreement to the public, this is undoubtedly the path to turn the page of war. In any conflict victims need to know the truth in order for society to move on, I believe the process in Colombia could be an example of this for the world, which is how the UN has seen it. These five years have not had the effects foreseen in the agreements’ implementation, which has shown us once again that not all Colombians have in mind the construction of peace. What is surprising is the unanimous support for the Peace Process in the international community, whereas it is received less enthusiastically in the country, which has suffered decades of violence. 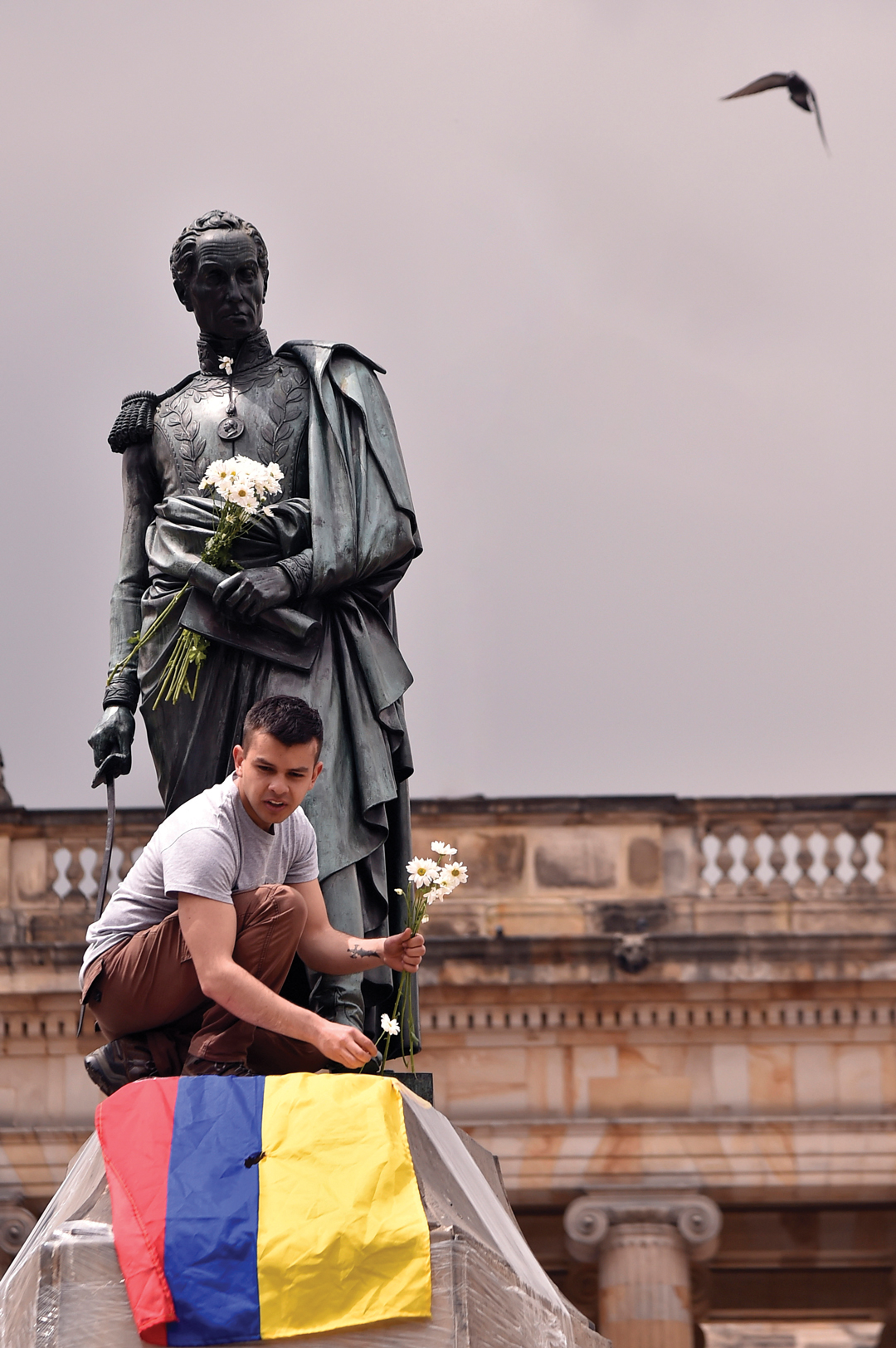 What has your active participation in your country’s peace process taught you about the power of vision, determination and being strong-willed?
Actively participating in the Peace Process as I did was the most enriching and satisfactory experience in my career. The conviction that Colombia, and the 12 million people who live in the Colombian countryside and have suffered the effects of the armed conflict, deserved a chance to live in peace was my great motivation to work with all of my energy towards achieving it. Colombia is a country rich in many things and filled with opportunities, but the conflict has limited us for decades. I never doubted that a peace agreement was the way to achieve structural changes that would grant opportunities to the many who were forced into living a life of reduced opportunity. I realised too that the President’s will and vision of change for the country was what made us move forward and arrive at the Agreement that was signed.

There were always obstacles and missteps along the way, but the will of the negotiation team never faltered. A strong will is required to overcome obstacles, to not despair or give up in the face of that which often seems impossible. To know the desired goal clearly gives one the necessary energy to continue on without faltering. Another important aspect of the agreement that I would like to point out, is its focus on gender, and like the transitional justice system, was the first of its kind to look specifically at the role of women in the conflict, almost always as its victims. Sitting at the negotiation table as one of the two women who were part of the team, I understood how important a woman’s viewpoint is in the search for reconciliation and forgiveness. The counterpart is understood more as a human being with weaknesses, and this helps to find solutions that are often not seen.

Venezuelan prosperity, a product of the oil boom, attracted hundreds of thousands of Colombians for decades, who searched for work in Venezuela and settled there with their families.

In your book you gather very important facts, information and connections to understand the long and deep relationship between Colombia and Venezuela. How can this relationship help to shape the future of Latin America?
The close historical relationship between Colombia and Venezuela has for decades been the most dynamic, productive and complex relationship in the region. The long border that unites us, 2219 kilometres, is a living frontier populated on both sides by interdependent communities with close familial ties. Many live in one country and work in the other, many Venezuelan children go to Colombian schools, and most of the families are binational. Commerce was complementary, and many Colombian products had a big market in Venezuela.

Having said this, the Colombian conflict and its repercussions in bordering countries often made relationships difficult, even before the arrival of Chávez. Venezuelan prosperity, a product of the oil boom, attracted hundreds of thousands of Colombians for decades, who searched for work in Venezuela and settled there with their families. Around 3 million Colombians were living in Venezuela. Beginning two decades ago with the arrival of Chávez, Venezuela’s decline has been a big problem for Colombia and the rest of the region.

Binational commerce ended, cooperation between armed forces, in order to guarantee a secure border, is non-existent, and the border has turned into a lawless and uncontrolled place. Millions of Venezuelans began leaving the country in 2016 as the country’s humanitarian crisis deepened, looking for a place to live. Currently, relationships between the two countries are null. Venezuela went from being an active and important partner in the region to a disturbing component within it, as its political, social and humanitarian situation has worsened.

Dialogue and general functioning within all regional and continental forums have been seriously affected. Under these circumstances good relations between Colombia and Venezuela are crucial for mutual understanding in the region. The recovery of Venezuela’s democracy is essential so that Latin America may advance and improve the heavily deteriorated quality of life of its inhabitants. Regional integration is impossible without strong democracies in every country involved.

Venezuelans have to find themselves again and return to normality, or the country will be condemned to poverty and the suffering of its people.

You state in your book that no formula has been discovered to help rescue democracy in Venezuela. Personally, are you still a believer in Venezuela’s future as a democratic country?
I am still hopeful that Venezuela can return to a democratic path through dialogue and negotiation, with the indispensable help of international support. Free, transparent elections under international observation. Venezuelans have to find themselves again and return to normality, or the country will be condemned to poverty and the suffering of its people. It is that simple and that difficult, democracy is the only path they have, and we must work ceaselessly so that they find it again.

I believe that opposition leadership must be renewed, as the great desire for change that the Venezuelan people have has not materialised in anything concrete because of the great division between opposition leaders. It is necessary to connect, interpret and lead that will to change. To lose that hope would be to give up in the face of dictatorship, of an authoritarian government which has abandoned its people and the fundamental principle of respect for human rights.