06 Jan The Shape of Divinity

The Shape of Divinity

Related to the sun and gold in Pre-Hispanic America, the circle finds its most iconic representation in Colombian Chiribiquete Park, declared a World Heritage site by UNESCO. Carlos Castaño Uribe, anthropologist at the Los Andes University, explains the importance of “the most perfect of all shapes” in the indigenous cultures 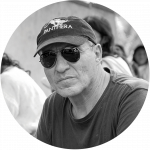 Anthropologist at the Los Andes University and Director of the Caribbean Environmental Heritage Foundation. 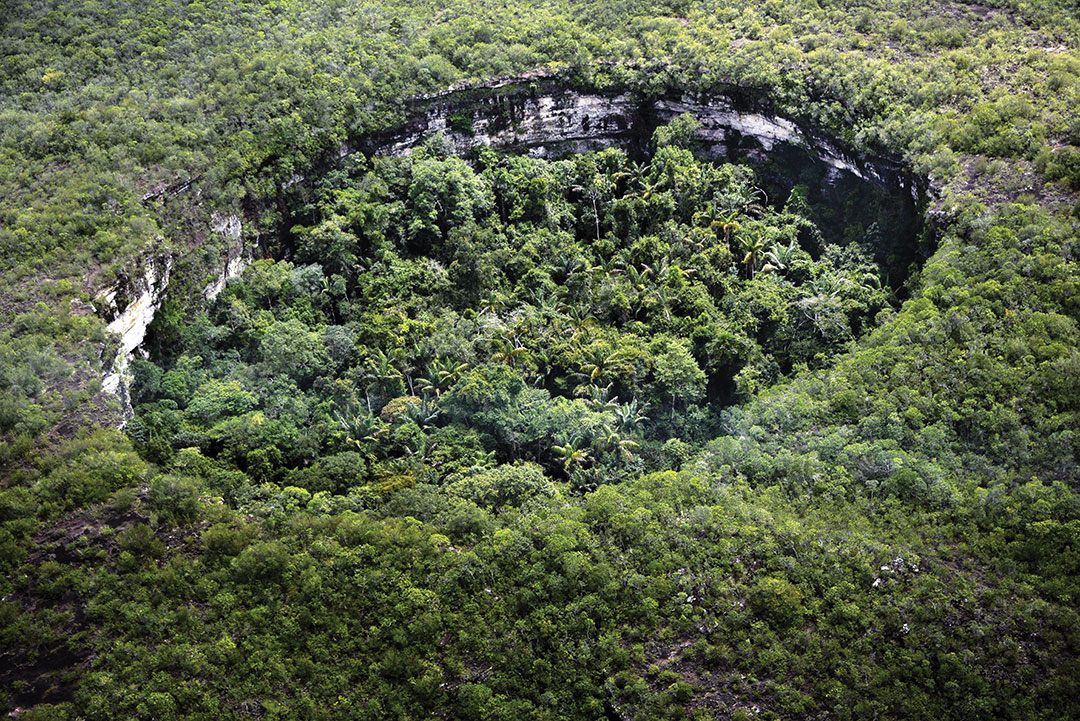 The Circle as a Symbol in the Indigenous Colombia

At a universal level, the circle embodies a very specific geometrical form considered as the most perfect of all shapes. In the greek culture and in Syria it represents the breath of divinity and it is the figure that has no beginning and no end; in other words, it combines several principles and criteria that have in some way been repeatedly used in many parts and cultures around the world.

In the Central and South American regions, from Mexico to Argentina, this is a constant. The most interesting fact we have found in our research about this shape is that it is also an archetype, which means or is related to the concept of the whole, of energy, of sacredness and community, a very broad element that is of crucial importance.

In Pre-Hispanic America, the circle was often associated with the sun and gold, which is not surprising because of all the gold that the indigenous crafted in great detail and of a ceremonial value was part of the metaphor of the sun. In this respect, there is a relevant transcendence and we clearly see that the circle is the most important element, representing the entirety.

This entirety, in turn, from what we can detect in Pre-Hispanic iconography, is also associated with the opposites, that is, to duality, another very important aspect that opens up a whole universe not only of interpretation, but of the importance of the repeated use of this geometric form: circularity representing the power of the world. In the Neotropics, we often find pictorial or carved engravings showing circles, in particular concentric circles. A large circle with a smaller one is perhaps the most important of all representations.

The small circle alludes to the extremely important Flowering tree, which is a significant icon on Neotropical America and expresses an element also associated with “entirety”, the encounter with half of the world. This is something known in many other cultures, such as the Axis Mundi – the Latin expression to the center of the world, where Heaven and Earth get connected. Here we once again find everything that represents the circle as a universal archetype, widely expressed through such an important metaphor of power and entirety.

The circle and the quadripartition are also clearly identified in the iconic Colombian site of Chiribiquete. The circle contains a kind of light in its half that reveals four geometric shapes through in. The Chiribiquete is a fundamental Shamanic element that describes interim solar power. In this case, it consistently and repeatedly refers to the use of the circle to express the solar condition, but at the same time the feline condition of the jaguar, which is the most structuring element of the though of this site nestled in the Colombian part of the Amazon. The form in which the Chiribiquete is represented is precisely a circle with these four parts and four small circles, each nested in the quadripartitions. We have also found the icon represented in many other parts, being clear that this is a repeated allusion to Chiribiquete as the fundamental epicentre of Shamanic thought.

The malocas’ circular plan is a model of the cosmos, enabling the use of the vital inner space, especially in the centre, as a ritual place.

MALOCA, THE WOMB OF THE MOTHER EARTH

The first thing we should point out is that the maloca is an ancestral communal house used mainly by Amazonian indigenous groups, who named it. Of course, malocas also exist in other regions and parts of the continent, although the special nature of this type of structure is always associated with what indigenous people relateto the mother house and, as such, to a very special place.

The malocas in the Amazon, in this case in Colombia, are used for many purposes. Their circular plan and complex structure are a model of the cosmos, enabling the use of the vital inner space, especially in the centre, as a ritual place, and the surrounding area for housing purposes, where both men and women live. The central part is marked by four large columns, circumscribing the purely ceremonial site, which is used only for those purposes.

The maloca is, above all, a sacred place designed as a woman’s womb, a mother’s womb, the universal house. This is especially important when taken in a broader context. The concept ofa circular maloca can also be found in other Colombian sites. Perhaps the most interesting reference we have today, in addition to the many malocas used by several Amazonian Colombian indigenous groups, is the one found in Sierra Nevada de Santa Marta, a moutain range that runs through the country, where circular-shaped sacred spaces are clearly used in ceremonies.

In the Sierra, especially in the Kogui indigenous tribe park, we can see very large structures – the sacred temples – which resemble beehives, or straight-walled structures with conical roofs shaped to highlight the role of the circular floor plan. We can also see the position of the four columns inside them and how those sacred places work, as well as the four ovens and meeting places. These malocas are mainly found in Sierra Nevada de Santa Marta and were widely described in the 1950s. This allowed us to see the key role of these temples associated with the universal mother’s womb and to describe the entire structure, in which each column, each beam and each supporting point are highly symbolic.

The temple – or maloca – can be also used as an astronomical observatory as the roof has a hole that the indigenous people intentionally make so that sun rays can penetrate during certain times of the year and whith they usually cover up with little pots to protect what they call the power of the uterus. When the sun shines through in certain times of the year, a halo of light is projected on the circular floor, in relation to the four columns and four ovens found in this sacred place.

The maloca is a sacred place designed as a woman’s womb, the universal house.

The majos can then tell the exact time of the year, define the right time to harvest and carry out other activities related to the annual farming cycle. On the other hand, these halos of sunlight and the moon’s rays are also used to conduct temple ceremonies, according to the concept of Father sun and Universal Mother.

In Sierra Nevada de Santa Marta there are settlements used specifically more unattainable for these major sun-based rituals. They are situated in the highest and unattainable spots, almost on the highlands, where one or two majos live independently, dedicated to the cult and the ceremony held every day.

The older and wiser majos are responsible for getting up at dawn to officiate the rituals to bring out the sun. According to them, without these rituals the sun would not come out and nothing in life would continue. This clearly shows the strategic importance of these sites and the goodness associated with them, their presence and the sacred role they play so that day and night may exist. The sun rises at the end of each ceremony.

A RITUAL SACRED IN EVERY SENSE

The construction of the circular malocas in Sierra Nevada de Santa Marta and in the Amazon demand for extremely lengthy and complex rituals to ask for a special permission from the Mother to locate one of these temples in a space considered by the Shamans as very sacred. If all goes well, the maloca will be able to fulfill its fundamental role in the way of thinking and the philosophical and conceptual model of the indigenous people.

Everything is amply related and combines elements from the underworld, the earthly world and the supra world, in such a way that the conceptualisation of these circular malocas is largely structured to serve as the matrix of the cosmos and of the universe, and to be a pathway to the stars, where all the dead go. Finally, there are several allusions and definitions wherein the circle is a key element in the central role played by the sun and the stars and, in the Amazonian case, also very much related to the concept of jaguaridad.

Indigenous kogui inside a “Kansamaria”, the tribe’s ceremonial temple. This great structure has a circular floor plant resembling beehives, or straight-walled structures with conical roofs.