Money was around for at least two millennia before the first coins appeared. However, looking at it in tandem with human life down through the ages, you soon see that “all that glitters is not gold”. Territorial conquests, colonial trade and the quest for freedom are just a few of the many stories behind what we today call money. 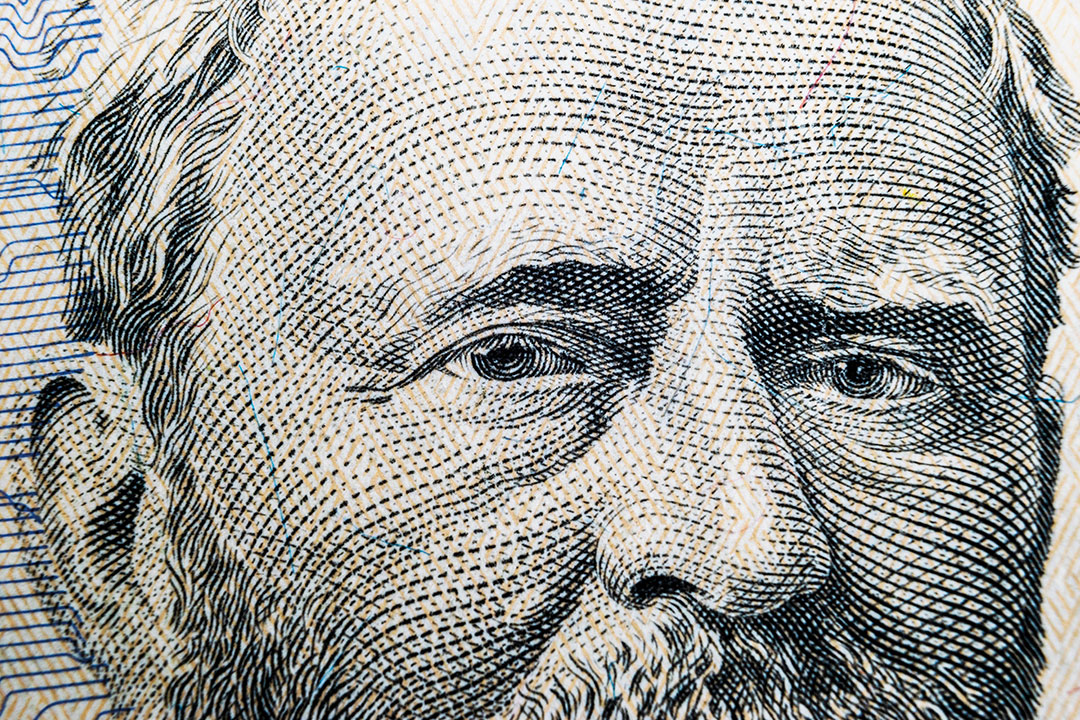 THE CENTREPIECE OF THE WORLD

The origins of money remain obscure, but the most widely held theory is that money probably appeared due to the need felt by traders for a bartering token. Although our traditional idea of money is centred on coins, there is evidence that money is considerably older than the earliest engraved metal discs that make the world go round. In 1750 BC, the Code of Hammurabi, a series of laws issued by one of Babylon’s most renowned kings, referred to silver as an element in interest on loans between traders. Many different theories seek to explain the origins of currency. One of the more commonly held regards coins as a key element in the way states are managed. The power to mint and issue coins, and manipulate and cancel them, has invariably been a state’s prerogative. The first coins were small globules of some precious metal issued by a political authority, with a weight corresponding to a system of values. 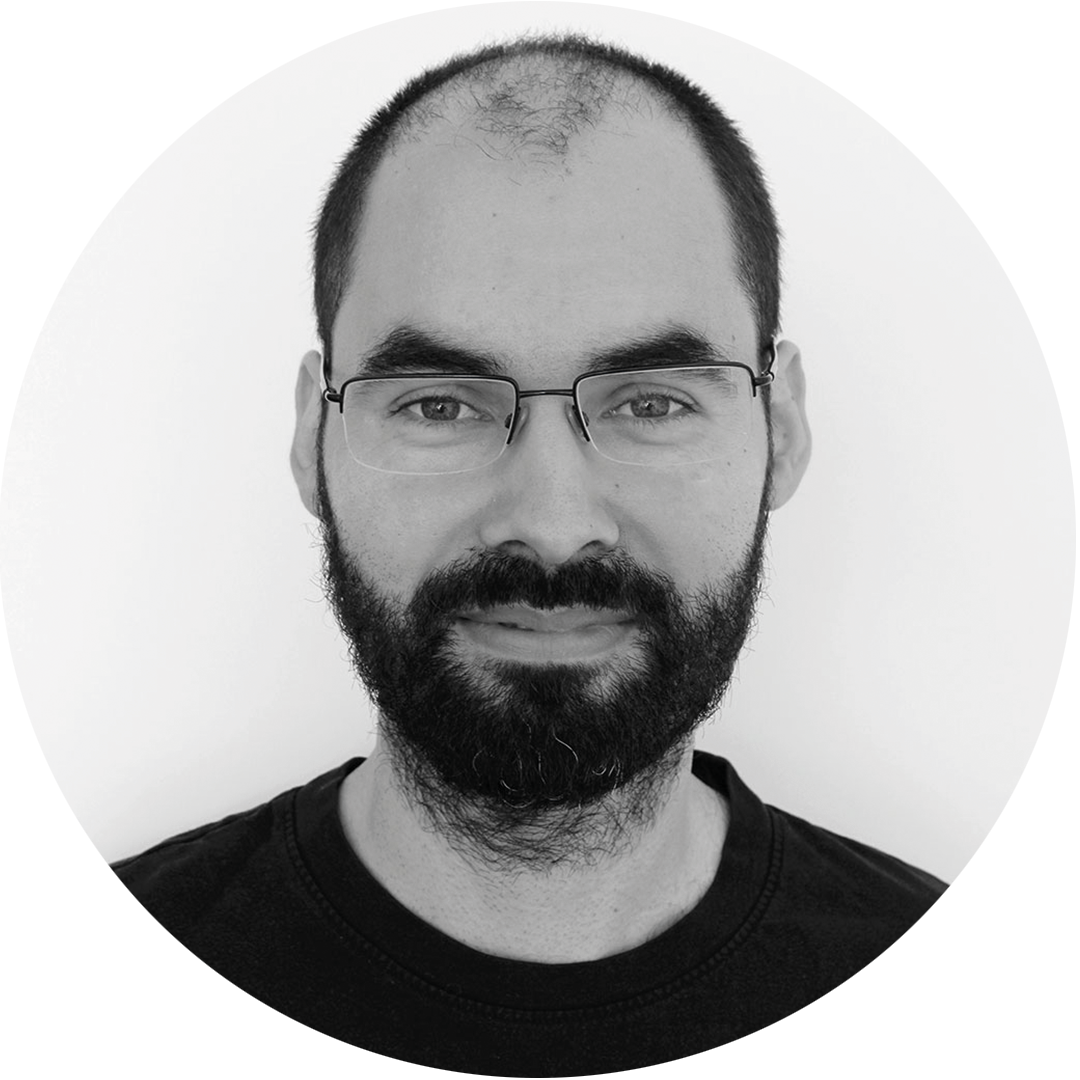 NUMISMATIST AND MUSEOLOGY, AT THE MONEY MUSEUM OF BANCO DE PORTUGAL. RESEARCHER AT THE CENTRE FOR HISTORY OF THE UNIVERSITY OF LISBON.

The first coins appear to have been minted in ancient Lydia (a region in the western part of Asia Minor, now Turkey, bordering the Aegean Sea) in the 7th century BC. They were made from electrum, an alloy of gold and silver plentiful in the region’s rivers. But it was Ionia, in ancient Greece, that developed and spread the use of currency. “It was a question of luck. Ionia was right next door to Lydia”, explained the Portuguese numismatist and researcher at the Centre for History of the University of Lisbon, João Pedro Vieira.

“The Lydians disappeared after being conquered by the Persians, and so it was the Greeks who ended up adopting coins, with its use spreading to mainland Greece. City-states had military expenses to pay and large construction projects (such as temples) to finance, and money made this easier.” And so it was that, in the 5th and 4th centuries BC, the Athenian tetradrachm established itself as the main coin used in trade, circulating all over the Eastern Mediterranean.

Around 500 BC, its use spread alongside the Greek colonisation of the Aegean, the Black Sea and the Central and Western Mediterranean, arriving in Southern Italy at this time. With the military campaigns of Alexander the Great, “the Greek world drove its frontiers as far as the Himalayas and took coinage with it”. During the Second Punic War, from 218 BC to 201 BC, involving Rome and Carthage in a bloody struggle for control of the Mediterranean, one of the most influential currencies in the history of the western world was created: the denarius. It was a coin of fine silver and, in the ensuing centuries, the expansion of Rome led to coins being struck on a massive scale. Later, in the early 4th century, Constantine introduced the solidus, a gold coin that circulated in the Western Roman Empire until the 10th century. The solidus was copied in the 5th century by the Germanics, who occupied the western part of the empire.

THE FALL OF THE ROMAN EMPIRE

When the last western Roman emperor was deposed in 476, a large part of the empire was already under Germanic occupation and administration. Formal recognition of Roman authority was transferred to the Roman emperor of the west, reflected in the design of the coins. Ostrogoths in Italy, Visigoths in Gaul and the Iberian peninsula, Suebi in Iberia and Vandals in Northern Africa: all of them continued using Roman currency, minting coins that imitated the western Roman models, and later those of Byzantium. In 711, Arab and Berber forces invaded the Iberian peninsula from the south, and Visigothic rule collapsed. The coins first became bilingual and were later struck always in Arabic. Islamic rule saw the introduction of the gold dinar and the silver dirham. The most distinctive feature of these coins was the absence of any representations of humans or animals. This chapter in history was to stretch as far as the 15th century.

Metal coins first appeared in China shortly after their introduction in the west, but their design differed in format and materials. Instead of the precious metals of the west, Chinese monetary tokens (many in the shape of knives or shovels, for example) were produced in bronze and, until the early 20th century, mainly cast using stone, clay or metal moulds. In the discs that appeared in the 4th century BC, one of the distinctive features was the hole in the middle. Another difference was the nominalist conception of currency in China, where the value depended more on the decision of a political and administrative nature than on the market prices of the material the coin was made from. The latter approach prevailed in the west at least until the 19th century. João Pedro Vieira believes that “this explains why paper money or bank notes appeared at a later date and had greater difficulty becoming established in the west, and why metal coins, above all gold coins, were the principal means of payment until so late”. 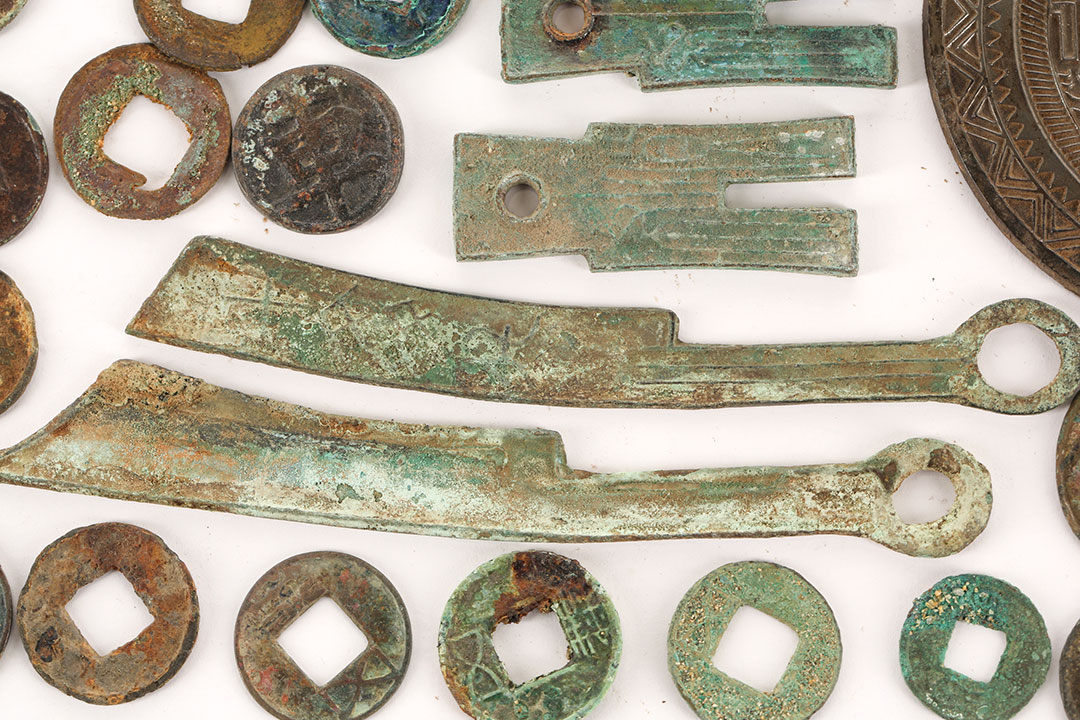 The hole is one of the main distinctive features of the Chinese coin.

The expansion of European trade in the 12th and 13th centuries, when the leading players were city-states such as Genoa, Florence and Venice, gave rise to the use of bills of exchange, facilitating international payments involving different currencies and, at the same time, embodying credit operations. In the mid-17th century, Europe’s financial markets were already well-developed. Commercial banks, public debt securities that could be traded on secondary markets, stock and currency exchanges brokered payments between merchants and the dozens of trading currencies in circulation; this was the context in which, in 1661, Europe’s first banknotes were issued in Sweden, although it was only in the 19th century that they started to account for a significant share of the money in circulation. 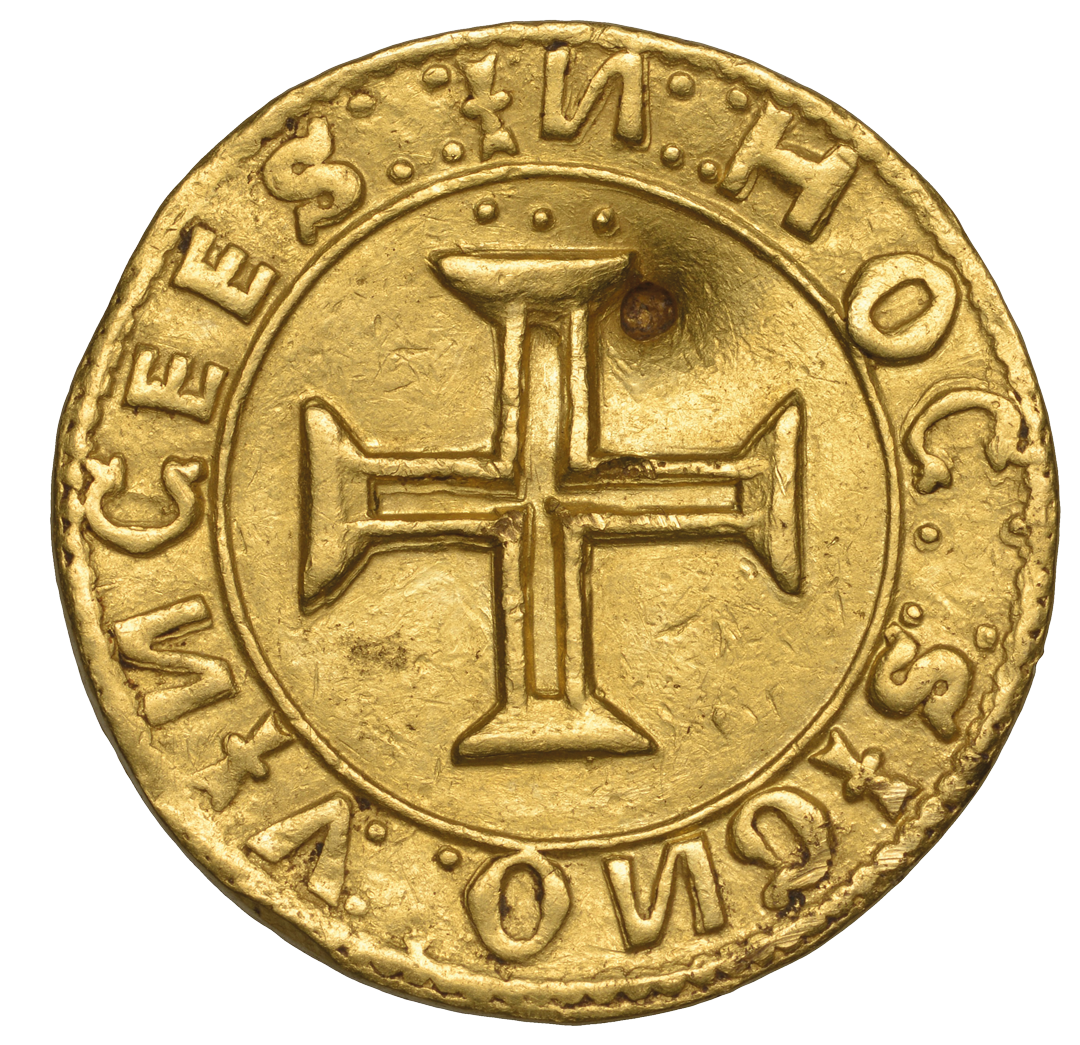 There have been times in history when coins were used as a tool of political propaganda and a way for states to assert themselves. This was the case of the only globally used Portuguese coin, the português de ouro, or Golden Portuguese. It was made from almost pure gold, with a weight of 35 grams and a value of 10 cruzados. Minted on the orders of King Manuel I between 1499 and 1557, it marked the return to Portugal of Vasco da Gama’s fleet after discovering the sea route to India. With this coin and its Latin inscription, the king asserted his sole rights in the economic and commercial domain and to the occupation of territories in the east. On the obverse, it bears the Cross of Christ and the motto of Constantine, in hoc signo vinces (“In this sign thou shalt conquer”); on the reverse, the royal coat of arms, encircled by a legend with the new royal titles: lord of trade, navigation and conquest of Ethiopia, Arabia, Persia and India.

On 1 January 1995, new 10, 20, 50, 100, 200 and 500-złoty notes went into circulation. This series, which remains in use, features five leading monarchs from the country’s history, chosen by chronological order of their reigns. The 50 złoty note features Casimir III the Great, founder of the first University in Poland in 1364 and the last king from the Piast dynasty. Casimir III was a legendary king who built the pre-renaissance might of the Kingdom of Poland. The series was designed by Andrzej Heidrich (1928-2019), one of the great Polish illustrators, who worked for the National Bank of Poland for more than half a century. 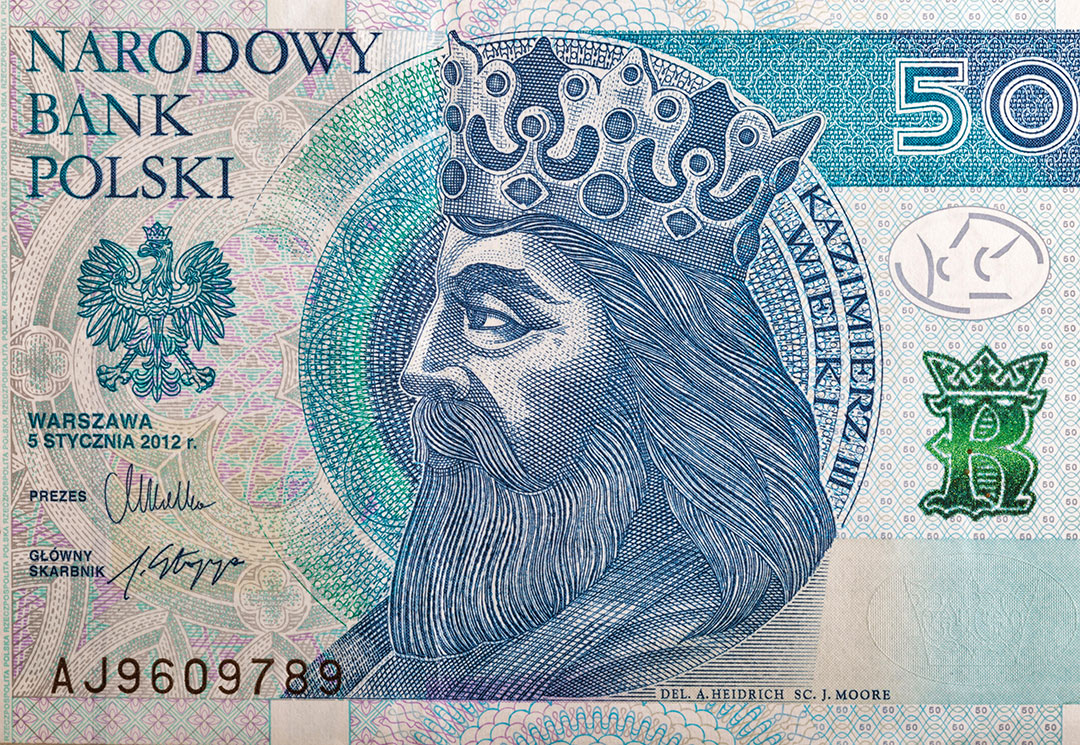 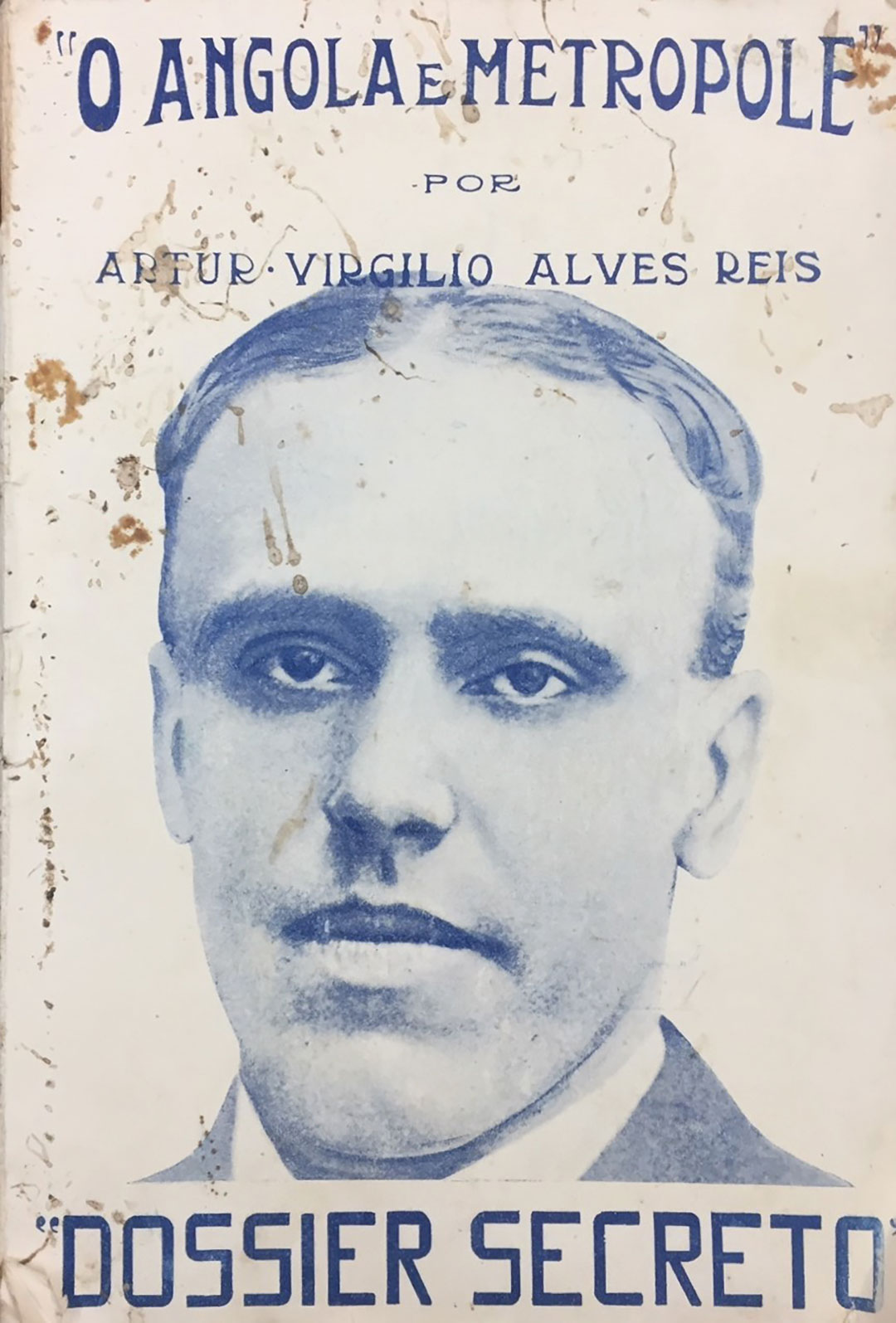 In December 1925, odd 500-escudos note duplicates were discovered in Porto. Artur Alves dos Reis (1898-1955) had illegally ordered 200,000 duplicates of the original notes featuring Portuguese sailor Vasco da Gama from the British company Waterlow & Sons – the same firm responsible for printing bank notes for Banco de Portugal, the national central bank. He forged the signatures of the governor and deputy governor of Banco de Portugal and succeeded in ordering notes worth 100 million escudos – almost equal to the value of the genuine notes in circulation. The word “Angola” was to be overprinted on the notes, intended for circulation in that colony; this was the justification for ordering notes with serial numbers that already existed in Portugal. Using this money, Alves dos Reis founded Banco de Angola & Metrópole. In 1930, the scammer was sentenced to 20 years in prison.

In the 4th and 5th centuries, the word złoty initially referred to any gold coin. The ducat introduced in 1528 by King Sigismund I the Old (1467-1548) is therefore regarded as the first Polish złoty. It was worth 30 grosz, a coin already issued and in circulation. In the second half of the 18th century, during the reign of King Stanisław August Poniatowski (1732-1798), the złoty was established as the country’s official currency. Substituted by the Russian rouble (1850-1917) and then the Polish mark (1917-1924), it was reintroduced in 1924, after the hyperinflation and economic and financial chaos that followed the First World War, with an exchange rate set at 1 złoty = 100 grosz. During the Second World War, Nazi Germany occupied Poland, but a part of the country was not directly annexed to the III Reich, as a puppet administration ran it. The only place where the occupants left the name “Poland” in the name of the bank printing the occupant notes. After several devaluations, a new złoty was introduced in 1950, equal to 100 old złoty. In 1995, the bill with a face value of 10,000 złoty gave way to 1-złoty coins, and a new 100-złoty banknote replaced those of 1,000,000 złoty.

ORIGINS OF THE ZŁOTY 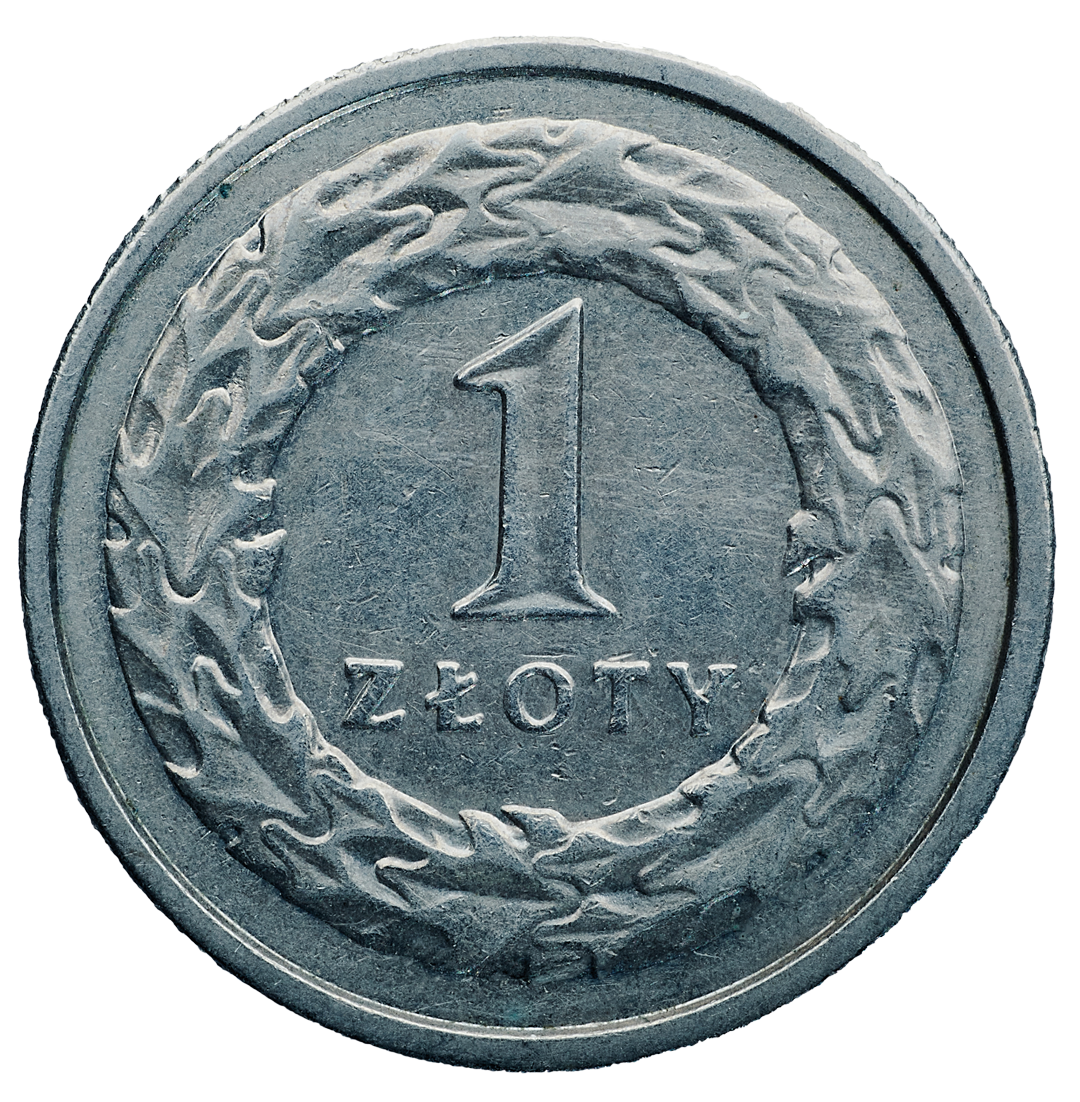 In 2000, an edition of the 50,000-peso note featured an unusual vertical design. The work of the artist Óscar Muñoz pays tribute to the writer and poet Jorge Isaacs (1837-1895) and his novel María (1867). The protagonist is portrayed against the backdrop of Valle del Cauca, where she was born. The reverse side depicts the El Paraíso hacienda, the setting for most of the novel. In the foreground stands a kapok (Ceiba pentandra), a tree characteristic of Latin America. 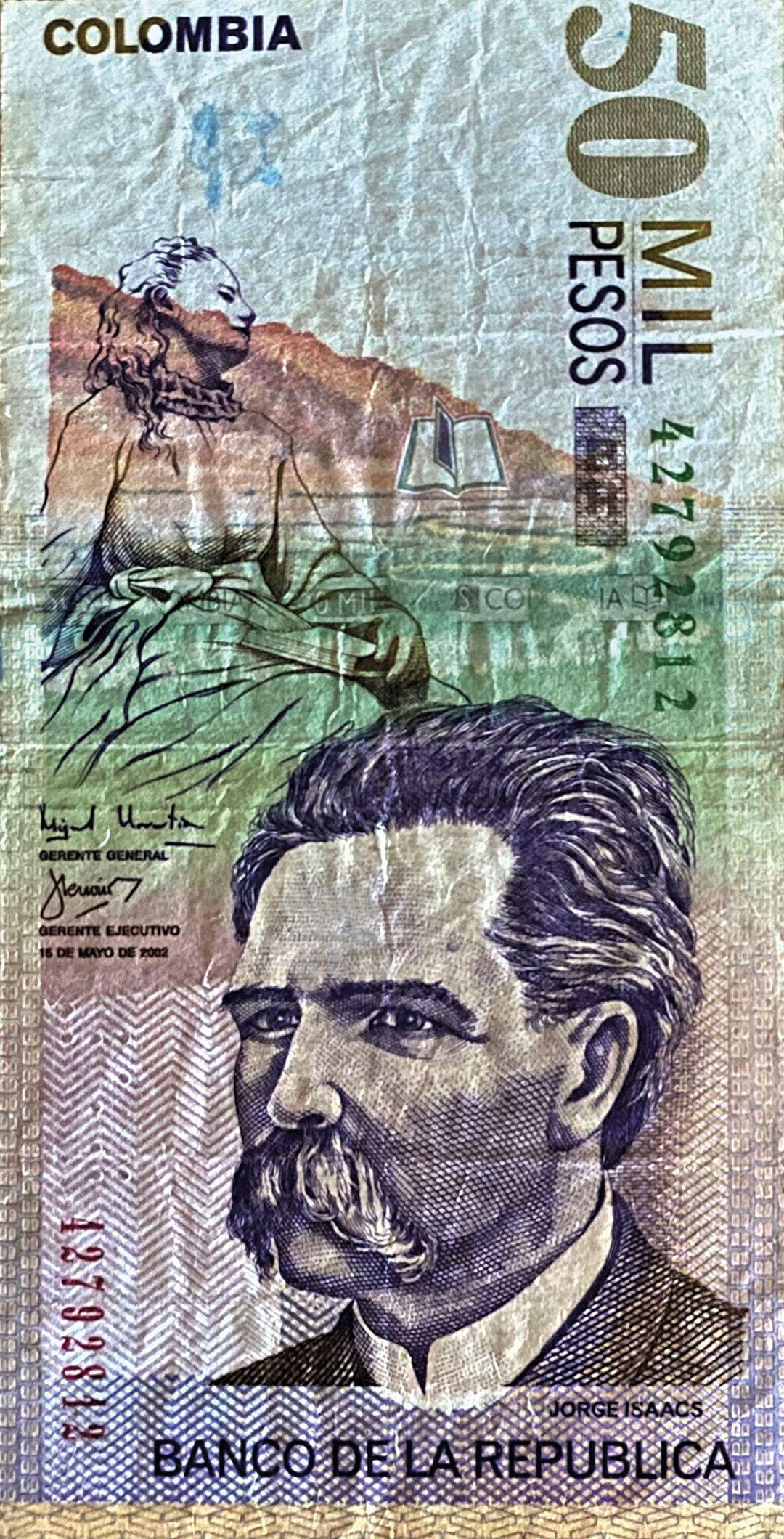 THE CURRENCY OF FREEDOM 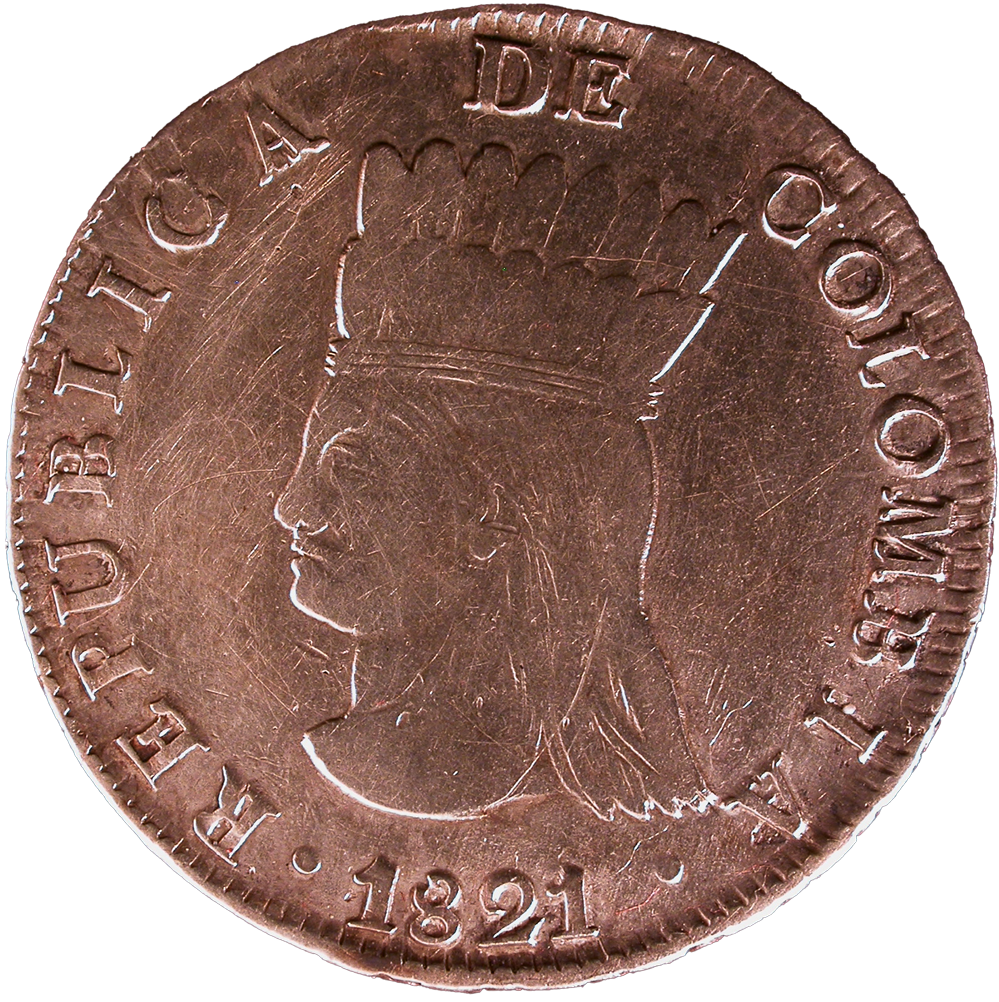 The Colombian peso has been the official currency of Colombia since 1810, when it succeeded the real. The first coins of the independent republic were minted in Cartagena a year later, bearing the shield of the republic and made from copper. Those issued in Bogotá, on the orders of Antonio Nariño, one of the leaders of Colombia’s bid for independence, were silver. On the front, the coins bearing the rallying cry of the times, “Libertad Americana”, and the head of the king gave way to the head of a woman in a feather headdress. In the Popayán region, which had not joined the revolt, the royalists also issued emergency copper coins without any special emblem. The first woman to be featured on a Colombian peso note was Policarpa Salavarrieta Ríos, better known as “La Pola”, celebrated for her courage and dedication to the patriotic cause, which led to her execution when the country was taken back by Spain in 1817.