In Honor of the Rights of Indigineous Peoples. A historic collection of iconic photographs in support of Indigenous tribes’ rights. 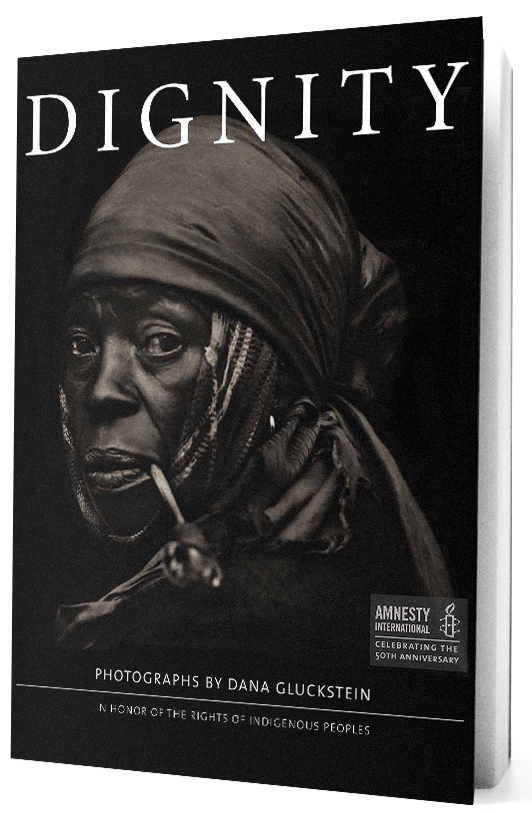 A collection of more than 100 black-and white duotone portraits made over three decades by Dana Gluckstein, the book expresses the theme of tribes in transition by capturing a brief period of History where traditional and contemporary cultures collide. Its first edition celebrated the 50th Anniversary of Amnesty International, the Nobel Peace Prize-winning human rights organization.

Beginning with a moving foreword by Nobel Laureate, Archbishop Desmond Tutu, “Dignity” makes a powerful and impassioned call to action in support of Indigenous Peoples who are among the world’s most impoverished and oppressed inhabitants. It includes the full text of the United Nations Declaration on the Rights of Indigenous Peoples adopted in 2007 by 144 countries. The Declaration is the most comprehensive global statement of the measures every government needs to adopt to ensure the survival, well-being and dignity of these people.