Historian Jan Olaszek recalls the main events, figures, symbols and challenges that marked Poland’s reappearance on the map of Europe. 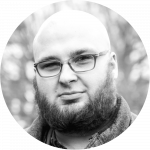 For some nations independence is as natural as breathing. An average Briton or Swede probably rarely thinks about it. But the situation of an Irish, Ukrainian or Polish person is different. Because of the experiences of the Polish people over the last two centuries this topic is a key issue in our culture. Classical works of Polish literature abound with reflections on the meaning of the various forms of struggle for independence. To this day, saying that someone did not want independence is an insult. This in spite of the fact that only a relatively small part of the Polish population was active in the 19th century uprisings, the conspiracy movement during World War II and in the activities of the underground opposition during the communist era.

A large part of the society sympathised with these movements, but remained passive – a natural attitude after all since it’s always only just few individuals who are ready to make sacrifices. At the same time, however, independence is a value which is strongly present in our value system. The geopolitical location of our country – between two empires, Germany and Russia – was for many years our curse. Therefore the issue of independence, or rather the lack thereof, has for the past two centuries been a constant feature in Polish public debate. In 1918, after 123 years of non-existence, Poland once again became an independent state. After World War I, Polish people had to recreate their “countries”, consisting of lands which for many years belonged to several of their neighbours.

Even greater challenges were faced on the international front, because Poland had to fight for its borders with its neighbours. Despite all the problems, the Second Republic of Poland enjoyed some undeniable successes: in the development of science, economy, administration and culture. This does not mean that it was a paradise on Earth. A large part of the population lived in poverty and unemployment was a major problem. It was only possible to speak of Poland as a democratic state for less than eight years following the end of World War I. After that, the country gravitated increasingly towards an authoritarian regime. The situation of national minorities was a serious problem, manifested in the anti-Semitic attitudes of Polish nationalists, which in the 1930s grew stronger.

After World War I, Polish people had to recreate their “countries”, consisting of lands which for many years belonged to several of their neighbours.

Later events had a significant impact on how Poland from that time imprinted itself on social memory and what place it occupies in the contemporary Polish remembrance policy. The joy of regaining independence did not last long. The outbreak of World War II, which for Poland started with the German and then Soviet aggression, meant that Polish citizens were yet again unable to make their own decisions. After the German occupation, in which Polish people were subjected to terror by the Germans and at the same time witnessed the Holocaust (the dispute over the attitudes of Poles towards the issue of the extermination of Jews is still ongoing), Poland found itself under Soviet influence for several decades.

There was a Polish state after World War II (until 1989), but it was sovereign only formally – in fact the most important decisions concerning Poland were made by the Kremlin. For the Polish people, the fall of communism meant that they once again regained independence. Our independence continues, to this day, strengthened by Poland’s membership in both NATO and the European Union. This year, Poland celebrates the 100th anniversary of its reappearance on the map of Europe. 11 November is the most symbolic date of this re-emergence, when Polish Independence Day is celebrated. This date is associated with the most emblematic figure in this part of our history – Józef Piłsudski, to whom power was transferred on that day.

His figure is, to this day, associated mainly with the creation of a socialist conspiracy movement during the Partition period, his participation in World War I and, later, his victory over the Bolsheviks in 1920. What is less vividly remembered is the dictatorial nature of his government after 1926. Another important figure in the Polish fight for independence is Roman Dmowski, the founder and patron of the Polish national movement, whose diplomatic activity after World War I was of major importance. However, despite his unquestionable merits, the anti-Semitic views he expressed cast a deep shadow over his character. One can still point to a number of other figures, a pantheon as it were, who also fought for independence in the following decades.

This year, Poland celebrates the 100th anniversary of its reappearance on the map of Europe.

As a collective hero one should certainly include the Home Army (Armia Krajowa) and the Polish Underground State operating during World War II (a real phenomenon when compared with resistance movements in other countries occupied by the Germans at that time), as well as Polish soldiers fighting alongside the Allies on various WWII fronts. The fact that Poland regained its independence in 1989 is also connected to the Solidarity movement (“Solidarność”). Its leader, world-famous Lech Wałęsa, remains its symbol despite the recently revealed fact that he cooperated with the communist political police for several years in the seventies. John Paul II, the Solidarity movement supporter, is often mentioned alongside the leader. Liberation movements in other countries of the Soviet bloc drew on the experience of Polish democratic opposition, but none of them reached the scale this movement had in Poland.

Independence is also associated by the Polish people with symbolic places: the Tomb of the Unknown Soldier in Warsaw (the symbolic monument to the victims of Polish battles at various points in history), as well as the Belvedere Palace (Piłsudski’s residence as Chief of State) and the cemetery where the participants of the Warsaw Uprising are buried, both also located in the capital. Another symbol of independence is Gdańsk – the city which was the target of the attack marking the outbreak of World War II in 1939 and where the Solidarity movement was established – the independent workers’ trade union which paved the way for regaining independence.

Anatomy of a Life Line
Preparing the future
The Birth of a Nation
225 years of Polish food history
Invisible Exhibition: could Darkness open your eyes?