Pingo Doce joined forces with the Portuguese Nature Conservation League to clean up 13 beaches up and down the country. 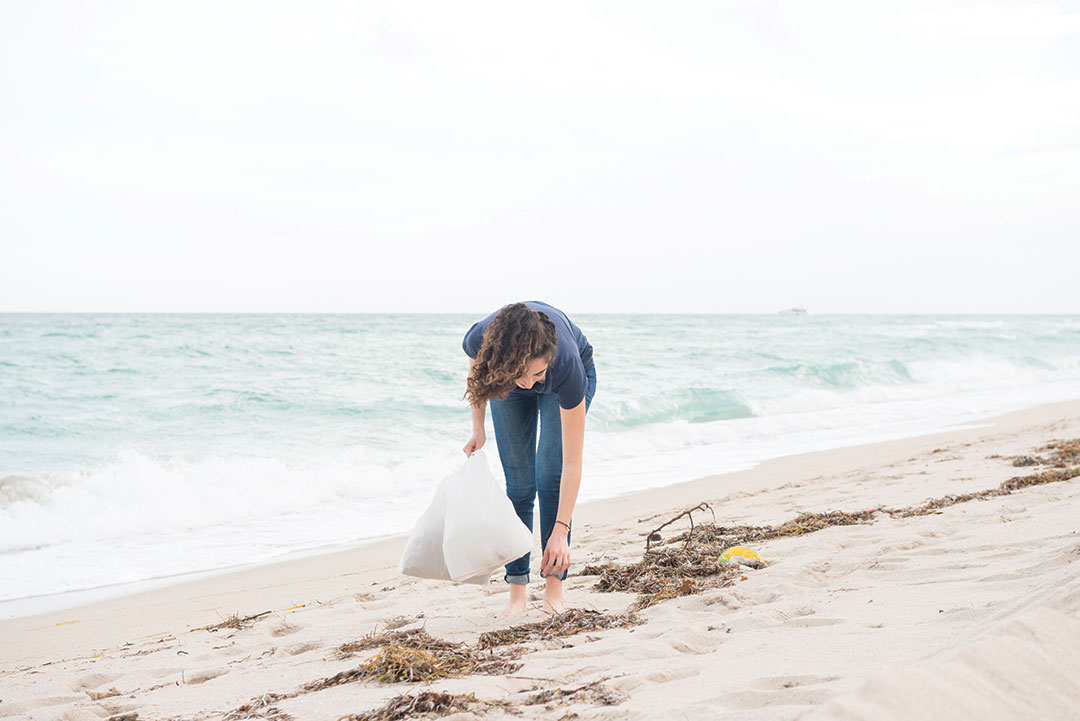 A walk along the beach, with the sand between our toes, is more than just a lazy luxury. It’s a way to recharge our batteries and clear the mind. Mainland Portugal has 943 km of coastline, and it’s no coincidence that for two years running the World Travel Awards have named it Europe’s top holiday destination. But the appeal of Portugal’s beaches will soon fade if they continue to be strewn with the plastic waste that washes up every year from the polluted ocean.

72% of the waste found on Portuguese beaches is plastic, especially in industrial and estuary zones. Most of it comes from Turkey and Spain, followed by Italy, Egypt and France, which together account for 95% of the waste floating on the Mediterranean, according to figures from WWF (Worldwide Fund for Nature). In the case of Portugal, the WWF’s report “Out of the Plastic Trap: Saving the Mediterranean from plastic pollution” stresses that “tourists visiting the region each summer are responsible for a 40% increase in marine waste.”

“Tourists visiting the region each summer are responsible for a 40% increase in marine waste.”

Aware of this problem, Pingo Doce joined forces with LPN (the Portuguese Nature Conservation League) to clean up 13 beaches up and down the country. The first clean-up operation was on beaches in the Algarve (Pescadores, Luz and Faro), removing 60 litres of rubbish, including cigarette ends, straws, cotton buds, plastic bags, packaging and other waste. Hundreds of volunteers responded to an appeal launched in October and November by 150 supermarkets in the Jerónimo Martins Group. These were joined by staff from LPN and Pingo Doce, as well as a number of primary schools, and together they cleaned up the coastline in the areas of Sintra, Almada, Macedo de Cavaleiros, Esposende, Matosinhos, Aveiro, Alcobaça, Óbidos and Oeiras. 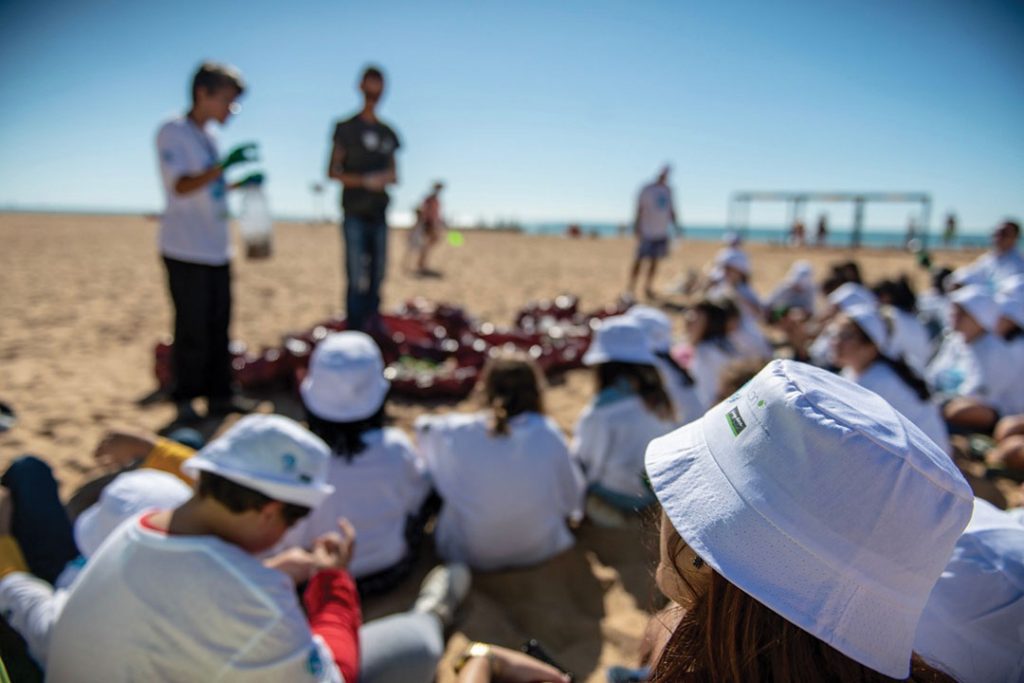 Hundreds of volunteers responded to an appeal of Pingo Doce and the Portuguese Nature Conservation League launched in October and November. All together they cleaned 13 Portuguese beaches.

Gonçalo Duarte Gomes, LPN’s national vice-president, told us that “as well as cleaning up waste, it’s just as important to raise public awareness of the need for sustainable development, and especially to reach young people,” because, “the damage caused by plastic and other pollution is jeopardising several marine species and the balance of ecosystems, and poses a real threat to mankind.”

This campaign was part of the “Amar o Mar!” (Love the Sea) programme, an umbrella for Pingo Doce’s campaigns to help save the oceans, and is one of the ways in which the Group is responding to concerns about “the scale of pollution in the oceans, and the severe impact this has for the entire ecosystem, as well as for food security,” explained Teresa Diogo, environment director at Pingo Doce. “These joint campaigns with LPN are a perfect match for our environmental agenda, which attaches special priority to the issue of waste management in general, and plastic in particular, especially single-use plastic, which is what is most often found in the sea,” she pointed out. 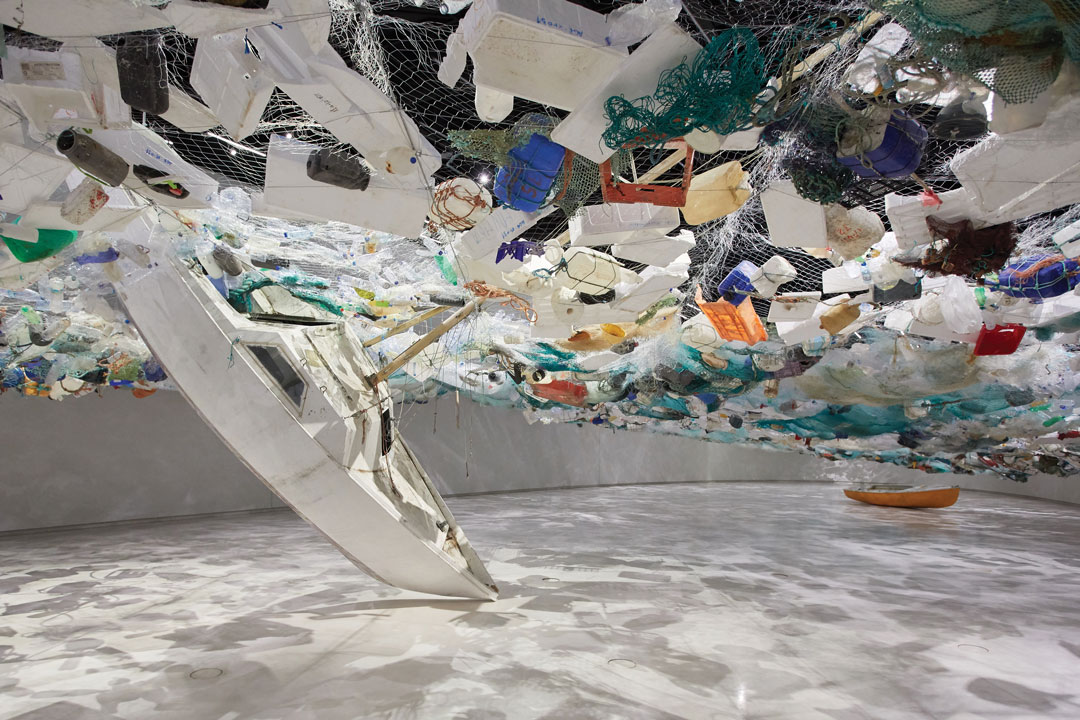 In line with this policy, Pingo Doce is set to replace the plastic bags it currently sells in its shops. As from January, it will be pioneering in Portugal a new shopping bag made from at least 80% post-consumer recycled plastic. As well as providing an excellent example of how to reuse materials, this new departure will also avoid more plastic being produced and entering the market, as well as helping to cut consumption of fossil resources. This is also a way for the Group to show how the circular economy can work and to educate consumers about the importance of separating and recycling waste.

Bordalo II: one man’s Treasure
Shades of Blue
Best destination ever in the World 2018
Sustainable Retail Summit 2018
The Capital of the Web Summit for 10 Years