03 Jan Secrets of the Stone Circles

Secrets of the Stone Circles

Deep in the woods in the north of Poland, mysterious stone circles fill the air with an ancient magic. Piotr Łuczkiewicz, Head of the Institute of Archaeology at the Maria Curie-Skłodowska University, takes us to these archaeological reserves whose origins and true purpose remain a secret. 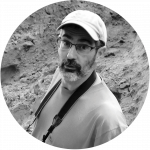 Archaeologist And Head Of The Institute Of Archaeology At The Maria Curie-Skłodowska University, In Lublin, Poland. 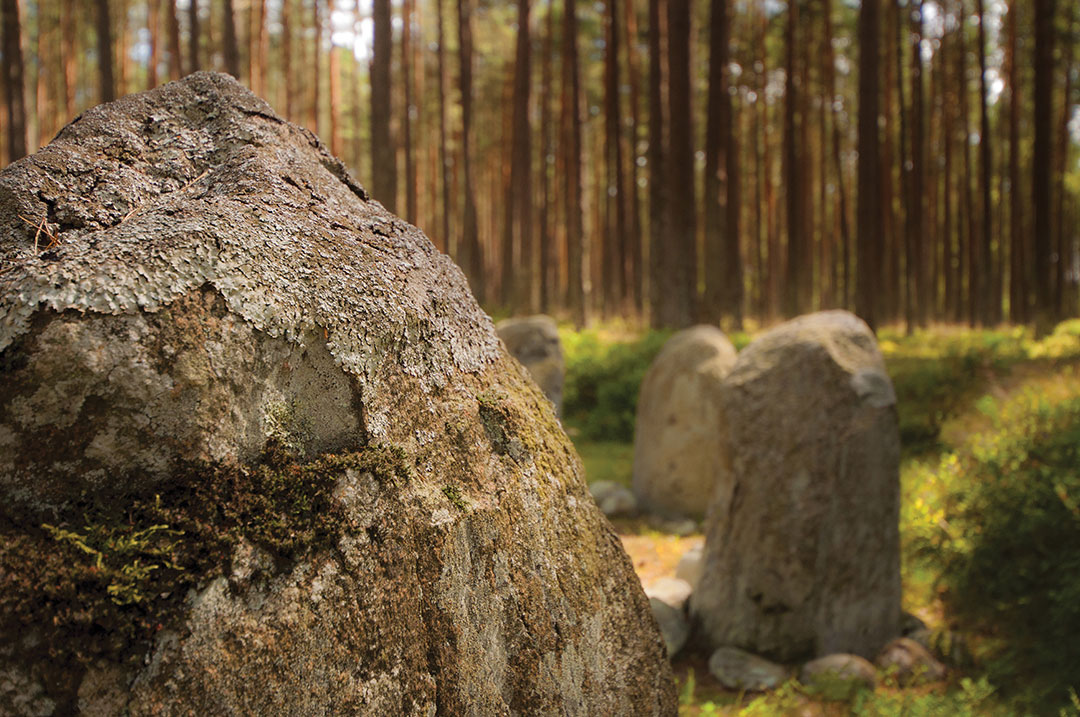 Once upon a time… Wait! This is not a fairy tale. This is a true story about the mysterious stone circles hidden deep in the woods in the north of Poland, on the coast of the Baltic Sea. The story of real places filled with ancient magic. There are around twenty such places strewn along the stretch of coast between Koszalin and Gdańsk. The best known (and best preserved) are the three sites Grzybnica, Odry and Węsiory. All three are located in picturesque, even romantic settings, on the riverbank on a lake shore. Centuries ago, the landscape around Węsiory was dominated by heathland. It must have been a truly enchanting place.

Grzybnica is home to five particularly well-preserved stone circles: two large circles and three much smaller ones. It cannot be a coincidence that the two large circles each have precisely the same diameter of 37.5 m. Each circle has been carefully arranged and contains boulders placed at even intervals along its outer edge. A central boulder – called a stele – was placed in the middle of the circle. The stele was usually much larger than the remaining boulders. Thirty boulders were used to build each circle and each weighed at least a tonne. These were accompanied by triangular and round cobblestone pavements and by huge standalone vertical stelae.

The site in Odry is significantly larger and comprises 10 circles, each between 15 and 33 metres in diameter. Each has 16 to 29 stones, some as tall as one metre high. The Węsiory site has just four circles. Constructors of these sites faced a mammoth task, both in terms of the construction itself and of transportation from the excavation sites, some of which were located miles away from where the circle was placed. A significant workforce must have been involved in construction. Someone had to subcontract the work, supervise the entire undertaking and work out the logistics, including the provision of equipment, such as the large quantity of wooden planks used to roll the stelae from one location to another. So, who erected these sites, and to what purpose?

Archaeologists know the answer to the first question. The land now belonging to Poland was once a temporary home to the Germanic Goths who lived here over a space of a few centuries, on their way from their Scandinavian fatherland to the borders of the Empire. The Goths were well known to such Roman historians as Tacitus, Ptolemy or Jordanes. All the circles date back to the time of their presence in Pomerania, between the 1st century and the beginning of the 3rd century AD.

All circles date back to the time of Goths’ presence in the Polish region of Pomerania, between the 1st century and the beginning of the 3rd century AD.

Stone circles and nearby cemeteries must have played an important role in the life of the local communities. We know that they were not used as burial grounds. Only a small number of human remains have been found at the sites and they had usually such insignificant earthly belongings buried with them that it is believed that they must have been sacrificed. Sacrifice included food, drink, jewellery and ornaments, but people were also sacrificed. We know this from the writings of ancient historians. Traces of bonfires and broken pieces of earthenware found at the Węsiory site suggest that gatherings, feasts and religious celebrations were held there; family and tribal matters were discussed, fortunes were told and sacrifice was made.

All the decisions which mattered to the local community were taken “in the presence” of the deceased forefathers, not at the burial sites but in the sacred zone. The Goths held two large annual gatherings at the time of the solstices – the Midsummer Solstice (in June) and the Winter Solstice (in December). Another equally possible interpretation is that the circles served as a communal calendar (similar to Stonehenge in England). Used in this way, they would have provided information on the time of solstices, the position of the sun and the moon, and on when to organise annual celebrations and important agricultural activities (for example, harvest times).

And today? The preserved circles have become archaeological reserves and monuments to the peoples and religions of the past. Festivals are held at these sites, such as the annual Festyn Gocki (Goth Festival) in Odry. The stone circles also attract modern esoteric movements worshipping fertility and “vital energy”, as well as eccentrics in search of extra-terrestrial encounters. At night, you might also bump into lovers. Let’s give them some privacy, shall we?