Cooperage : A trade that spans Generations

“There used to be six cooper’s workshops in the area. Now, it’s just me.” Polish journalist Małgosia Minta reveals secrets of the cooper trade and writes about barrels storing the most precious fruits of human labour. 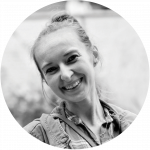 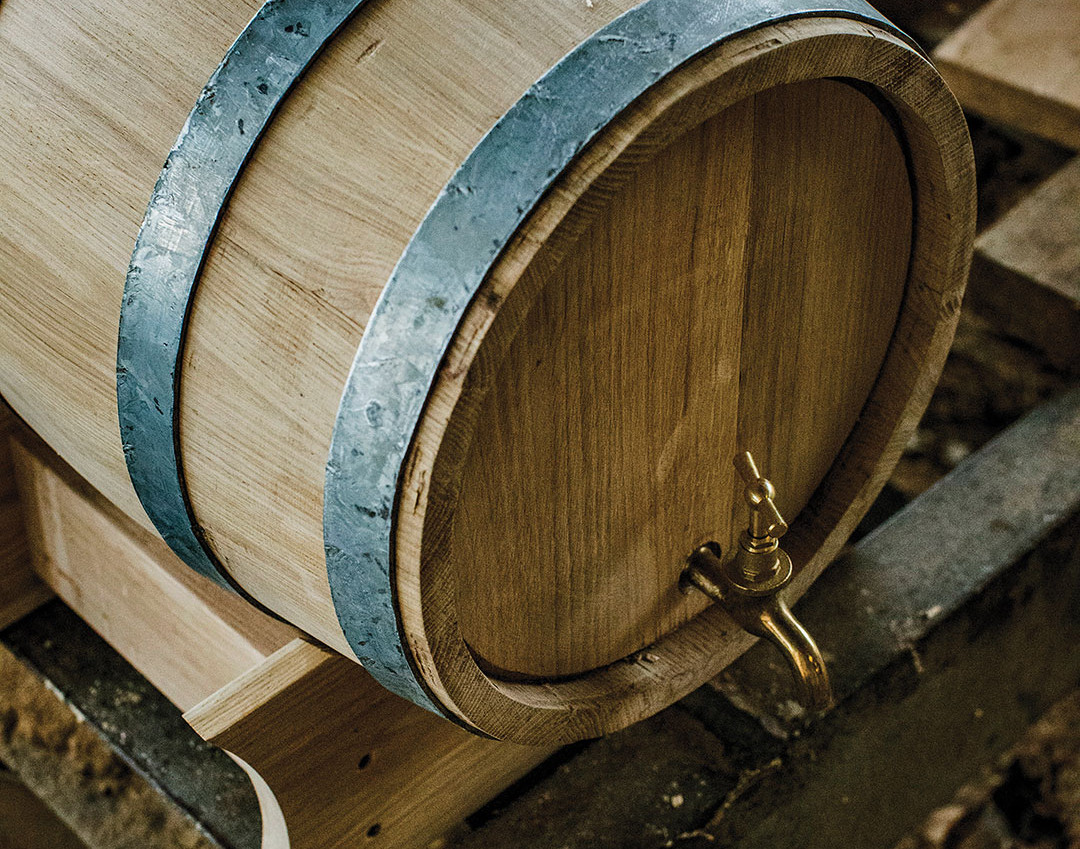 “I simply feel it in my hands,” says Marek Wilk, when asked how he selects the timber he uses to make barrels. Marek Wilk is one of few Polish coopers still working in this unique trade. Today, there are just a handful of tradesmen still representing this rare trade. Wooden vessels used for food storage have been replaced with plastic ones. Methods of food preservation have changed; we no longer need to make our own preserves. And if someone wants to own a barrel, open markets make it easy to import them, often at a lower price, but not necessarily at a better quality. The demand for barrels has dropped and so has the need for the cooper’s trade. This difficult craft, which requires precision, expertise in materials and experience, gradually saw less demand, and started to disappear. This does not, however, mean that it has entirely disappeared.

Marek’s workshop is in Sterdyń, just a few minutes’ walk from the shores of the Bug river, which meanders sleepily among the fields ready for winter hibernation. “There were once six cooper’s workshops in the area. Now, it’s just me,” admits our host. His workshop dates back to 1870. His great grandfather, grandfather and father all worked in the trade. “For as long as I can remember, I wandered around the workshop where my grandfather was working. When I was being too much of a nuisance, the men working for my grandfather would put me inside a large barrel to keep me out of the way,” he adds laughing and remembering his childhood years.

He learnt the trade from his grandfather, and then from his dad and, when he was old enough to help with barrel making, he helped the grown-ups with simpler tasks. “My grandfather was a phenomenal carpenter. While he mostly made barrels, he would also make carriages or furniture. But cooperage was always his main occupation. Many of his barrels were bought by the locals, but some were also sent to the region of Kurpie where, according to local tradition, a barrel had to be included in the bride’s dowry. Once married, she would use the barrel to prepare preserves for her husband, to be eaten in winter. In a good season, as many as 500-600 barrels of various sizes would be bought from the Wilk workshop!”

He is not sure when he started helping his grandfather and father in the workshop, “but I must have been in my twenties when I made my first barrel, from scratch and all on my own. It is much harder than it looks,” he admits. It begins with selecting timber. “I only ever make oak barrels. Oak timber is tough, sturdy, but its chemical composition allows it to be used for storing food, preserves or drinks, and it even enhances the flavour.

“I must have been in my twenties when I made my first barrel, from scratch and all on my own.”, says Marek Wilk.

In the end, it is the tannins occurring in the oak timber that give the unique taste to wine or whisky!”, emphasises Marek. He uses trees that are 100-120 years old and come from the wood belonging to his family or other local woods. “The woods here are abundant in oak trees, because they have to grow perfectly straight. And the characteristics of timber also depend on the soil in which the tree grows.

For example, it affects the pH of the timber which is an important factor in barrel making. All of this can be checked and measured, but I can simply feel these properties with my fingers. I just need to touch timber to know if it is suitable. It comes with the experience, but it is also a matter of predisposition, of intuition,” he says while I try to understand what should be “felt” in the cut planks. Dried and aged timber is cut into planks, and then into staves. “The pattern of tree rings is really important. They need to run through the stave at a right angle otherwise the wood will buckle and the vessel will unseal,” stresses the master cooper. Each stave is cut by hand, and this means that each is unique.

When staves are ready, they are arranged in a circle inside a tight metal hoop, and then another hoop is added. The aim is to get the staves to fit together to make a perfectly sealed surface, without using glue or other accessories.

The cooper’s intuition and the vast experience acquired over the years, locked in the cooper’s eyes and hands, dictate the shape of a stave. When staves are ready, they are arranged in a circle inside a tight metal hoop, and then another hoop is added. The staves are pulled together and the future barrel is charred, because heat makes the staves more pliable. Once the barrel is hot enough, the cooper pulls the still loose staves together using a metal loop placed over the hoop-free end. The aim is to get the staves to fit together to make a perfectly sealed surface, without using glue or other accessories.

More metal hoops are then added, the inside of the barrel is charred one last time (“I believe that this is when the barrel absorbs the energy from the fire, which it then releases into the liquids during the aging stage”, explains Marek), and then the wooden bottom of the barrel is fitted. And the barrel is ready to go. “I have sent barrels to buyers in Poland, but also to the UK. People buy them to make preserves, to store homemade tinctures, meads or whisky,” the hero adds. He admits that sometimes he does not accept an order, simply because he knows he will not have enough time to make it.

Marek is thinking about retiring, but he hopes that the trade will be carried on by future generations. He taught his son how to make barrels, but his three little grandsons are also listening to our conversation. “We are again beginning to value foods prepared in traditional ways. Not just because of their taste, but also because of their health properties. This is where old trades, such as cooperage, get their support. This is why when you ask if cooperage is a dying trade… I hope it isn’t,” he laughs. 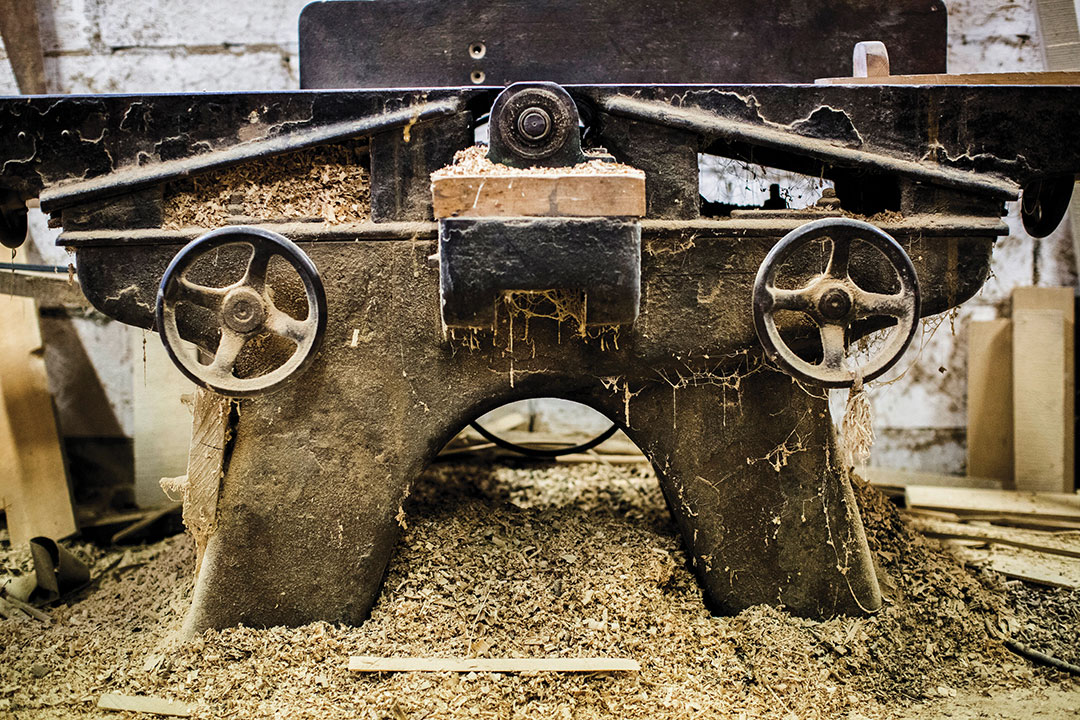 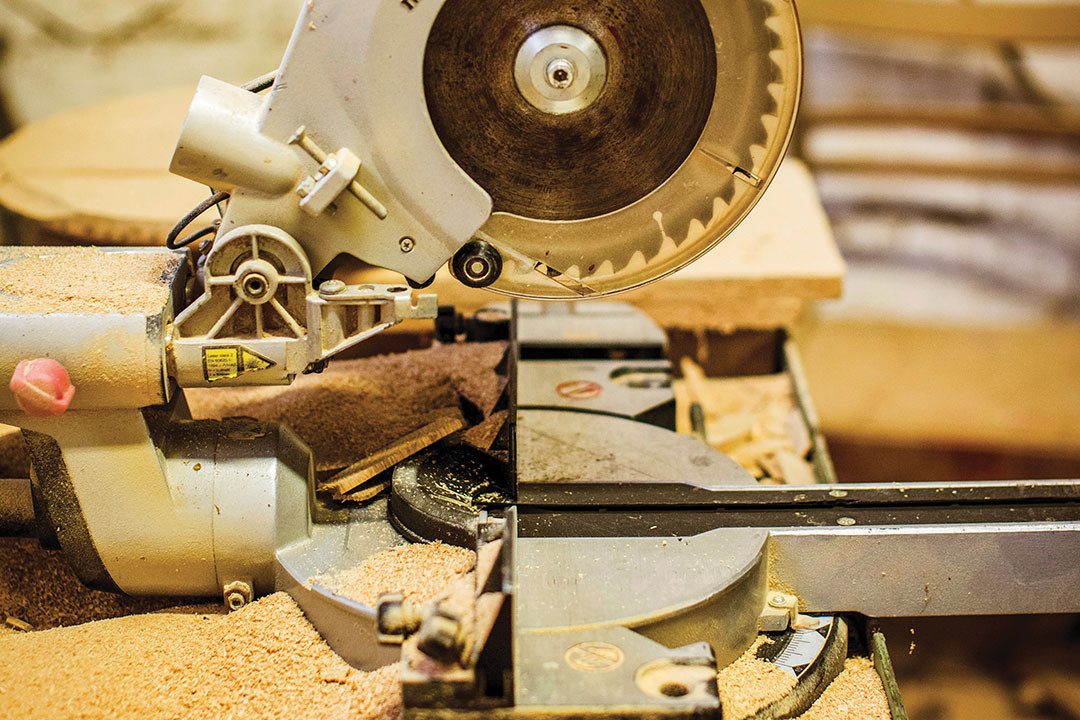 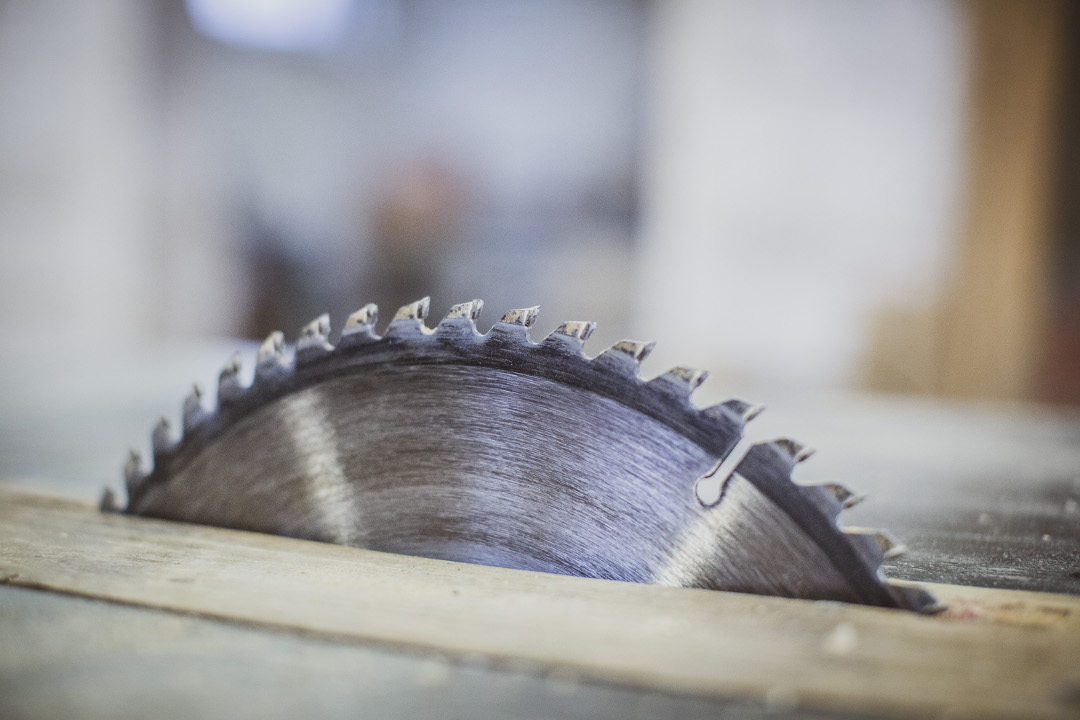 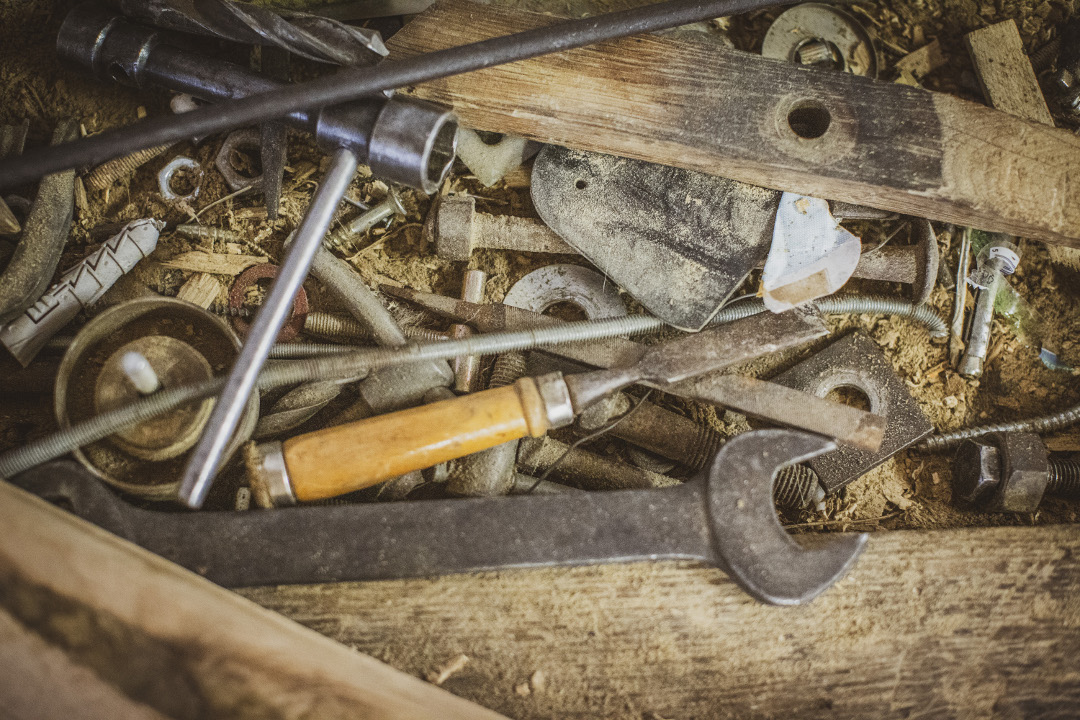 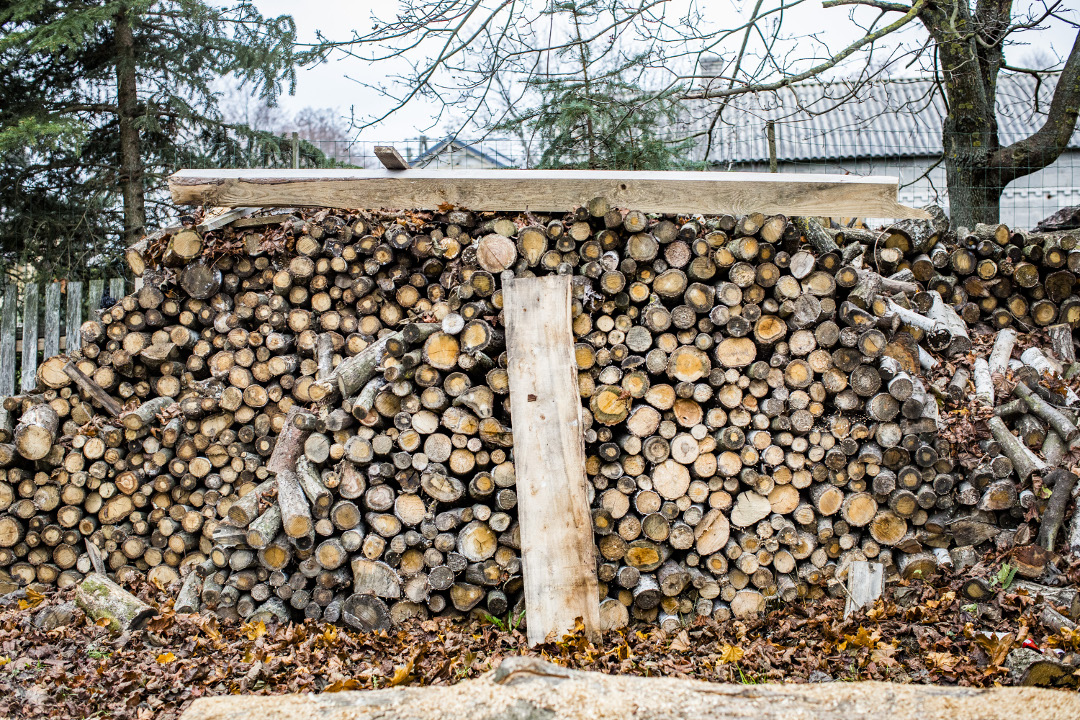